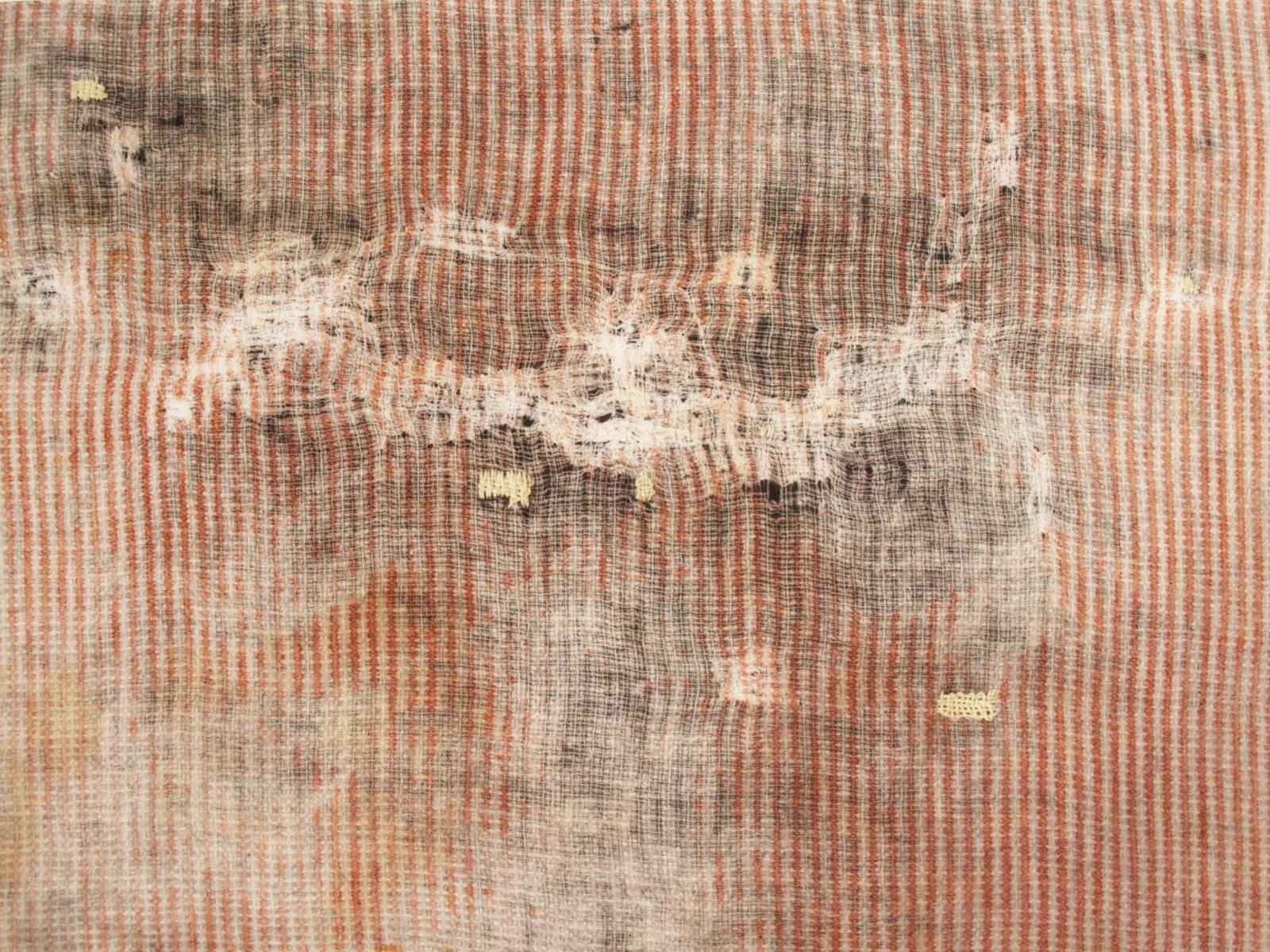 Annemiek van der Wilt is a multi media artist who likes to explore a subject with archive material, old objects and old books. As a former publicist she uses language as a material to work with. Language that she often transforms into sound.

I work with two themes: needlework and mending clothes. Linked to sustainability, gender inequality, slow living and craft. What becomes more and more important for me in these themes are: time, attention and rest. Do we still have that in our hectic life? Can stitches lead us to a new rhythm of life? It is all about a repetitive activity, a rhythm and with a certain structure as a result. A rhythm that I transformed to language, sound and structures.

In its direct form, a fold manifests itself as a straight line, a crease that is not straight or as an erratic wrinkle. These forms are both consciously and unconsciously manifested. In all cases, a two-dimensional material turns into a three-dimensional form. The artists that this thesis has analyzed have all applied the fold in a wide variety of ways, either consciously or unconsciously. The two artists who work with fabric as part of a clothing design, Miyake and Van Herpen, have made the fold an aesthetic necessity of their work. Without it, their work would turn out boring and hold no expressive capacity. The designers Alice Channer and Olaf Holzapfel also work with a deliberately applied fold that is necessary for the work. Both require movement to make their designs 'come to fruition'. For Christo, the fold has been a consequence of his particular working method, wherein the primary aspect has been the act of packaging. Creases began to appear as a result of the increasing quantities of fabric needed for packing his subjects, allowing the work to emerge as an even more beautiful appearance. With Franz Erhardt Walther, too, the fold is a consequence of his particular practice. Walther works with the countless forms that dust can take through the human body. The fabric folds in accordance with the movement. In his sewn work the folds are are deliberately applied. In Walther's work, we also see the wrapped form of fabric that produces other folds. We see here the movement of folding, refolding and unfolding as a process. The material plays a major role in the artistic practices. Artists working with fabric in a spatial manner, pick the material consciously because of its flexibility and the many possibilities it offers, whereas using a tough, solid material requires a thorough knowledge of the substance. This aspect plays an important role in the work of Holzapfel.
Akram Zaatari’s practice revolves around the fold as a narrative. He explores the fold as a delimitation of what remains visible within a photograph. The hidden stories behind a photograph are in turn covered with other stories. Stories can be hidden in the fold and no longer be seen. They can be covered with other stories.

Conclusion The fold in art is always a deliberately-made intervention. It may be a direct intervention or the result of a particular practice. Regardless, the fold always happens consciously. Fabric is the material in which foldings appear the most diversiform. The act of folding, re-folding and folding over all have clear movement to them, adding complexity to the notion of the fold. Folding clothes over for the purpose of storing is perhaps the least aesthetically pleasing variant, but an auxiliary approach nonetheless. Additionally, compelling images may emerge through the literal movement of fabric. Moreover, fabric is the only type of material that can simultaneously appear as a two- and three-dimensional shape throughout a process. This facet is consciously applied by the artists this thesis has concerned itself with. In fashion, the fabric fold adheres to a construction-principle grounded in aesthetic necessity: without folds, the design would remain 'lifeless'.

If a fold is the result of a way of working, I would consider it to be a crease. The crease is always the result of an abundant use of fabric, which causes the material to crinkle or fan out. The crease does not necessarily need to be straight. Creasing, however, is employed deliberately because it is aesthetically pleasing. Folding or unfolding is not only a movement, but can also lead to visible or invisible memories. The fold may remain hidden forever within the fibres of a material, like a scar. In the case of the fold as a narrative, the inside and outside of the fold are important: what is visible and what is not; which aspect of a story is visible and which part is covered.

If we approach the notion of the fold on its higher, overarching level, we arrive at perception and transformation. Guy Deleuze is interested in the philosopher Leibniz because he does not use a fixed concept, but always refers to a next concept that has yet to be invented. It is therefore always about movement, about process. The fold, and the movement of unfolding, hold that eternal process within themselves. Mankind itself walks through this very process, namely the act of living, which too is always in transformation. The fold becomes a metaphor for a visible and invisible reality: what is on the inside of the fold and is therefore invisible and what is visible to the outside world when something is on the outside of the fold. What do you want to show to somebody else and what does somebody else see? It begins and ends with the perception of the viewer. This opens a space where the possibilities of truth can be played with. Is there an absolute truth or does everyone have their own?