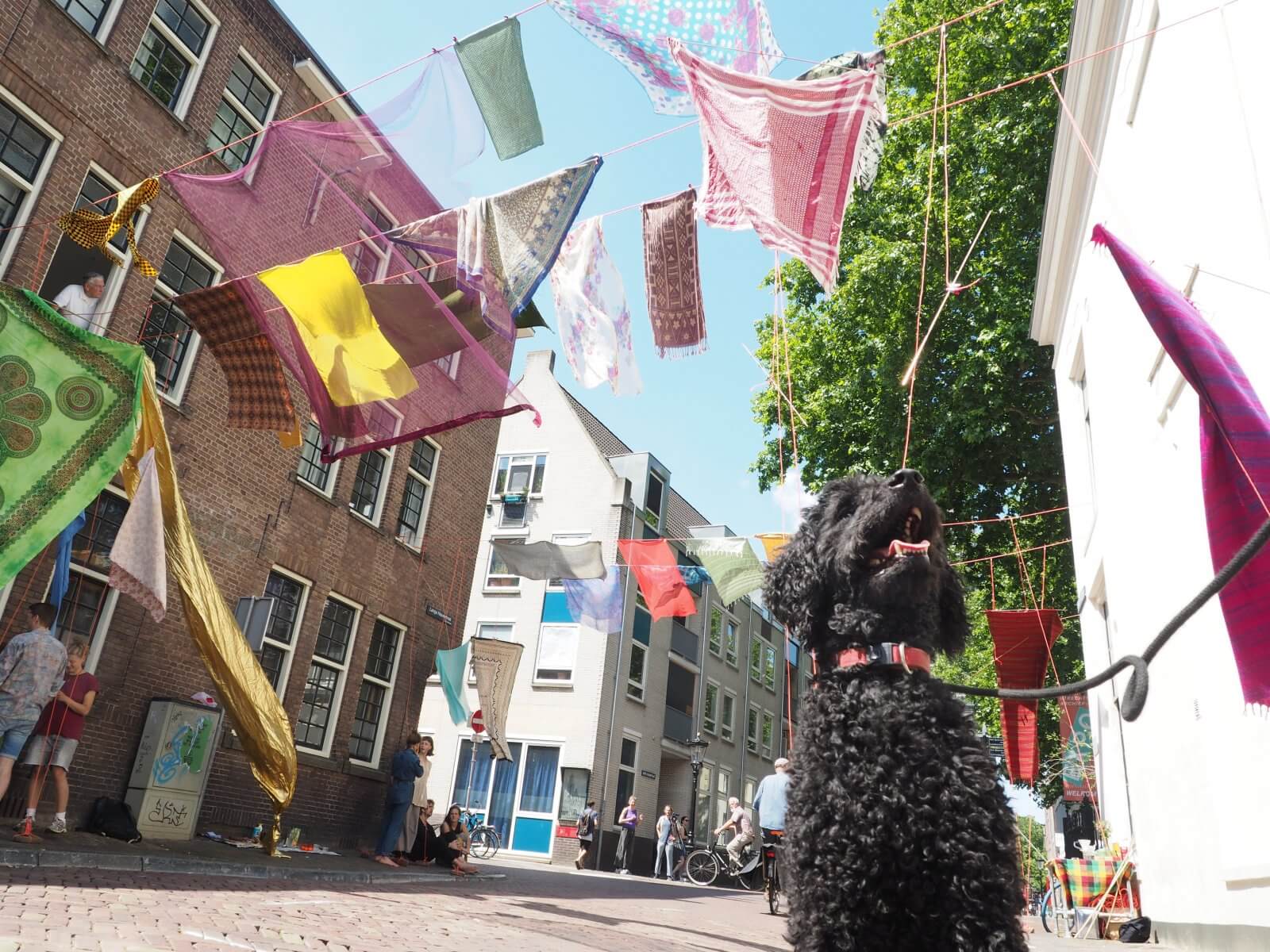 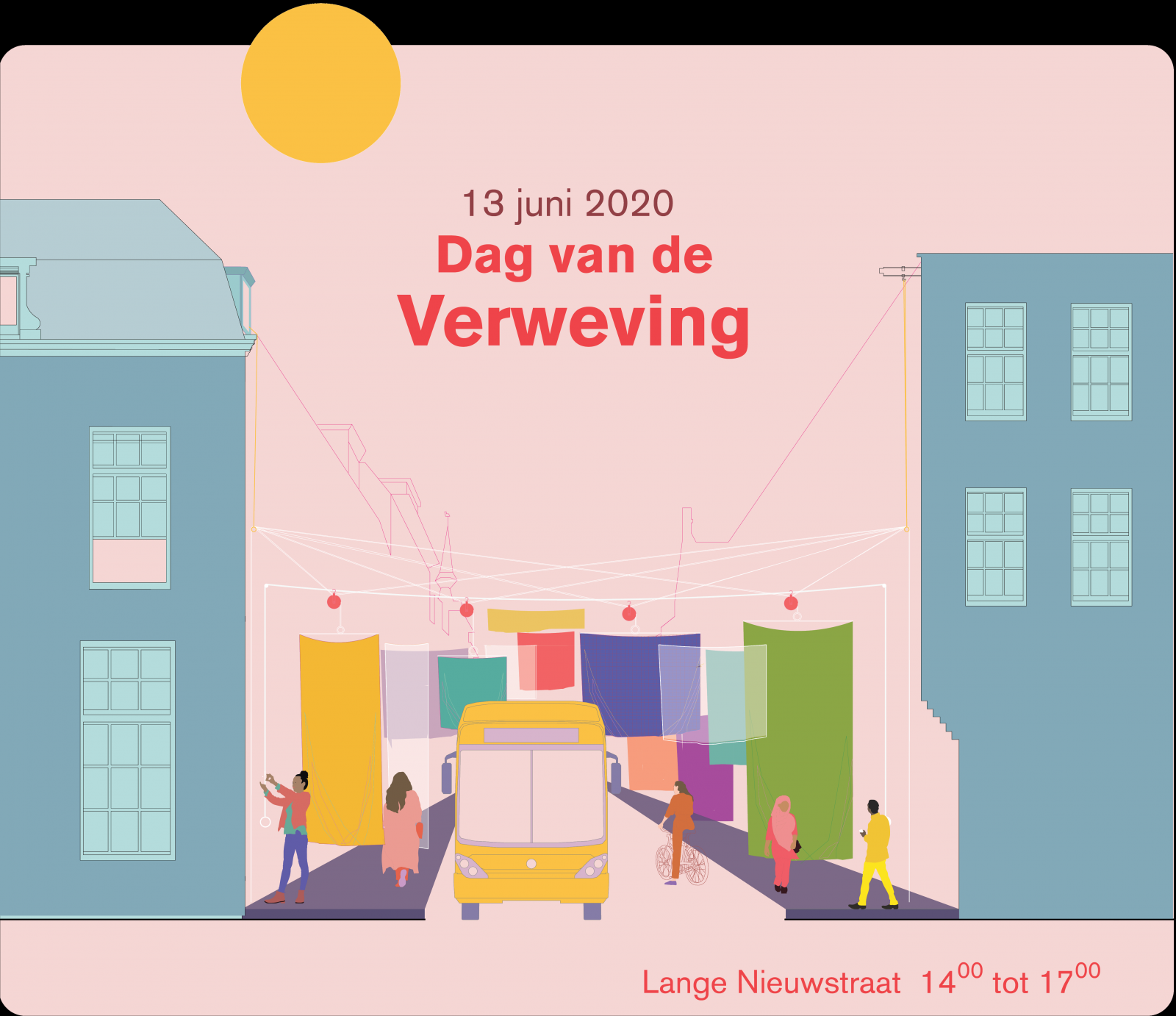 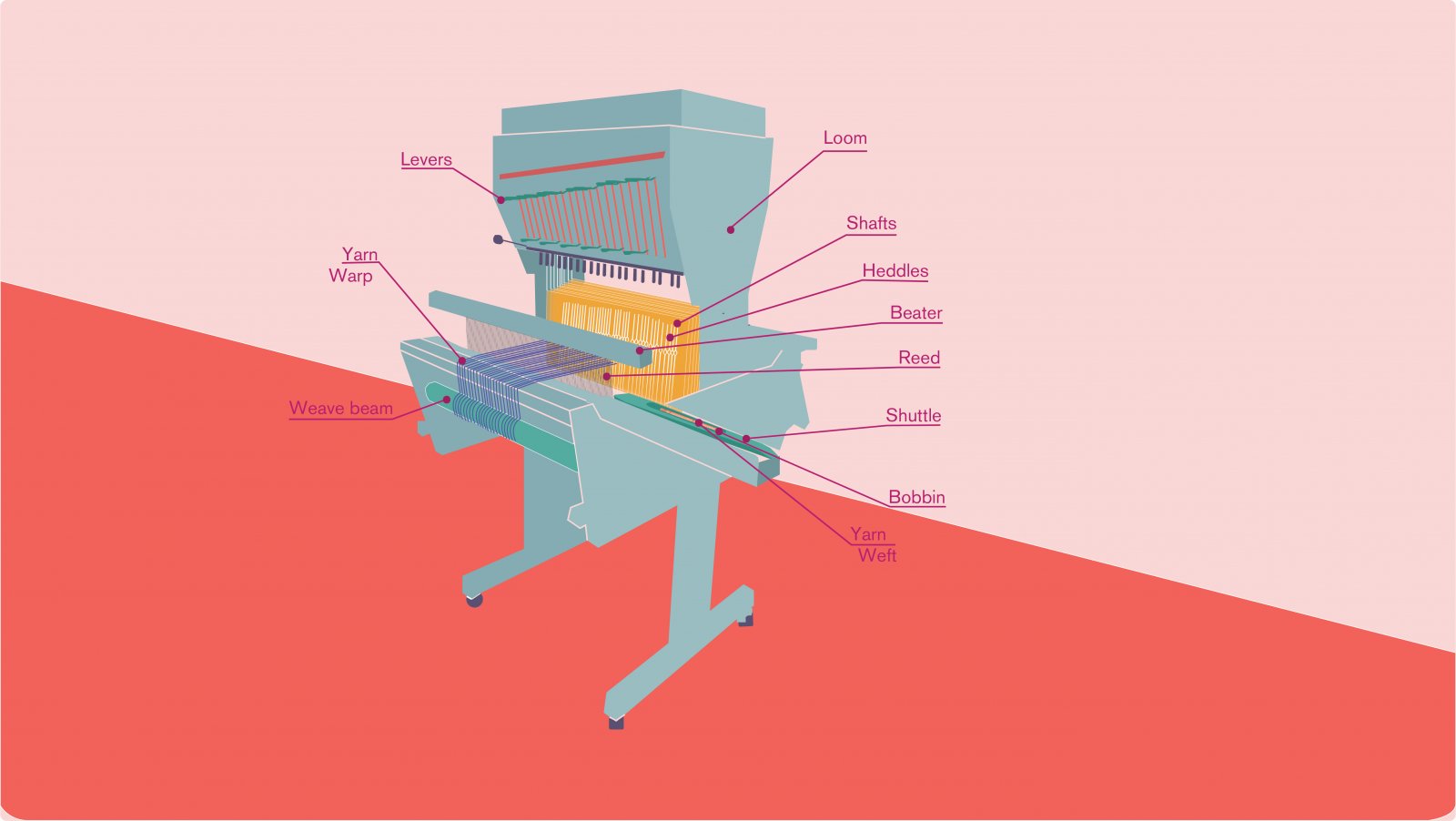 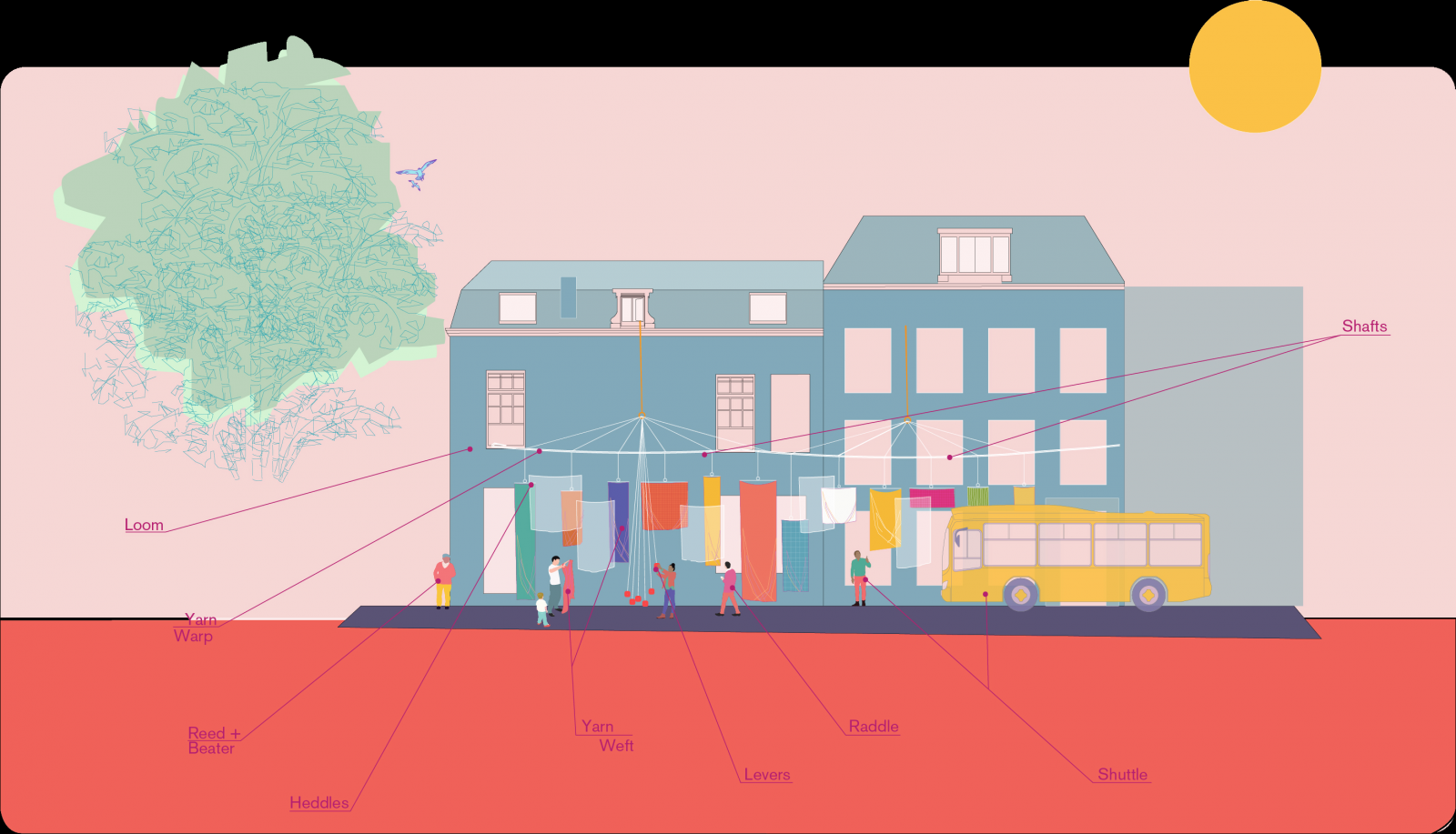 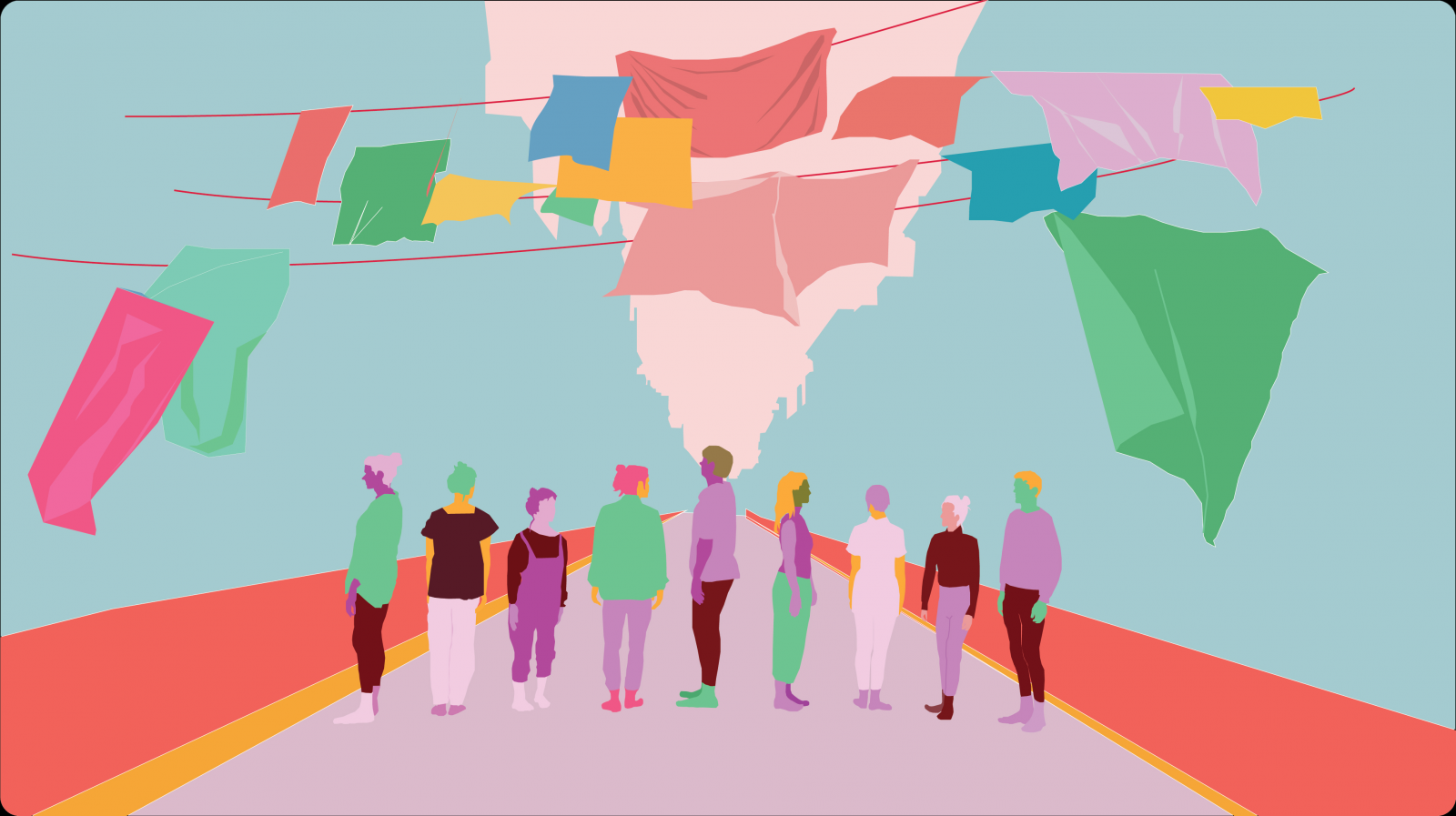 This project is rooted in my fascination for weaving, both as a craft and as a concept. While getting to know the craft, as a somatic dancer I got intrigued by the movements, rhythm, and dynamic techniques involved in the weaving process. This fascination formed the basis for two videos: ‘The Loom’ and ‘The Embodied Loom’, in which I analyze the movements of the process of setting up the loom and explore how the movements of the machine can be translated into the human body. These videos are the first two parts of my end result: a four- channel video work.

My inspiration from the concept of weaving lies in its multilayeredness: weaving is the slow process of integration, which does not only apply to materials but can also stimulate social interaction. This became clear during the corona crisis, when my ambition for this project really started to fire up: the desire to interweave myself with my surroundings through movement. I decided to bring the weave movements to a larger scale by means of a huge weaving loom set up in my street. This machine would allow me and my neighbors to interweave ourselves with the social and urban tissue of my hometown, Utrecht.

I considered the concept of 'fruitful inefficiency’, the year theme of INSIDE, of great importance for this process. Moving along with the unexpected contributed to the momentum. Through inefficiency accompanied with hard work my wish came into being: On June 13 we held 'De Dag van de Verweving’ (The Day of Interweaving): a day in which I, a weave team, and my neighbors collectively weaved a material and social network. This day has formed the input for the third and fourth video: ‘The Social Loom’ and ‘The Street Loom’. Altogether, the four videos form a plea to consider the 'act of moving' as an integral aspect of spatial design.