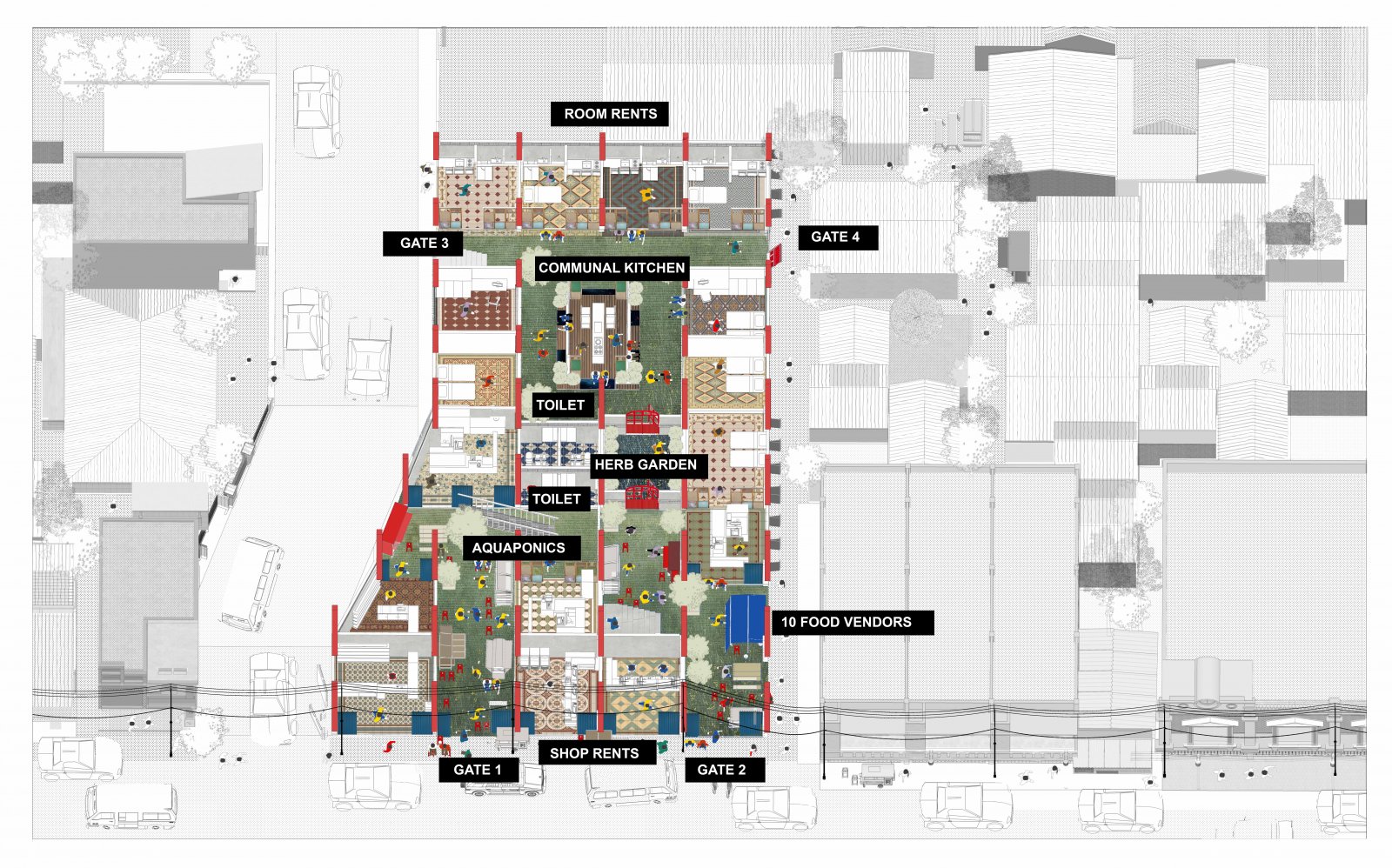 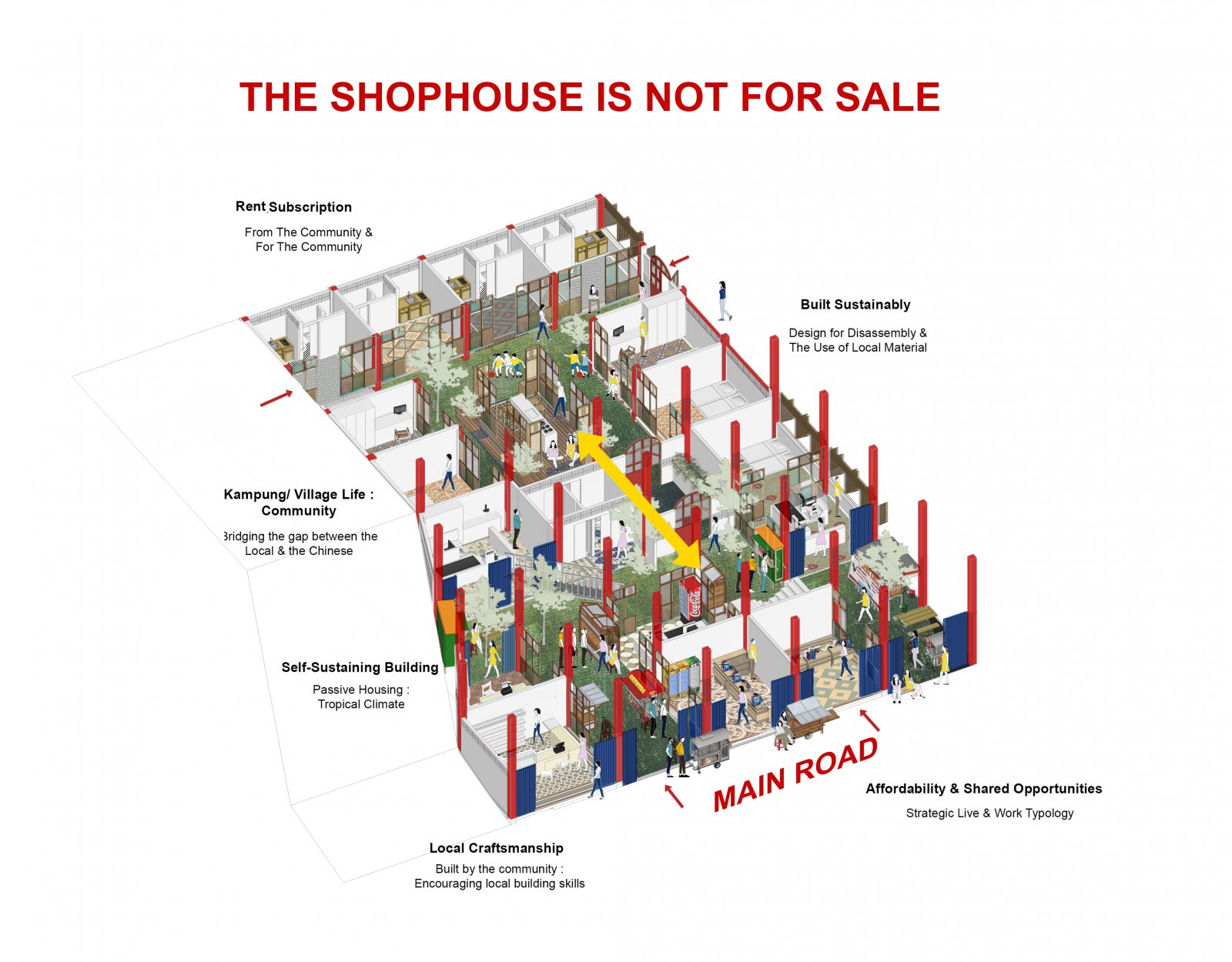 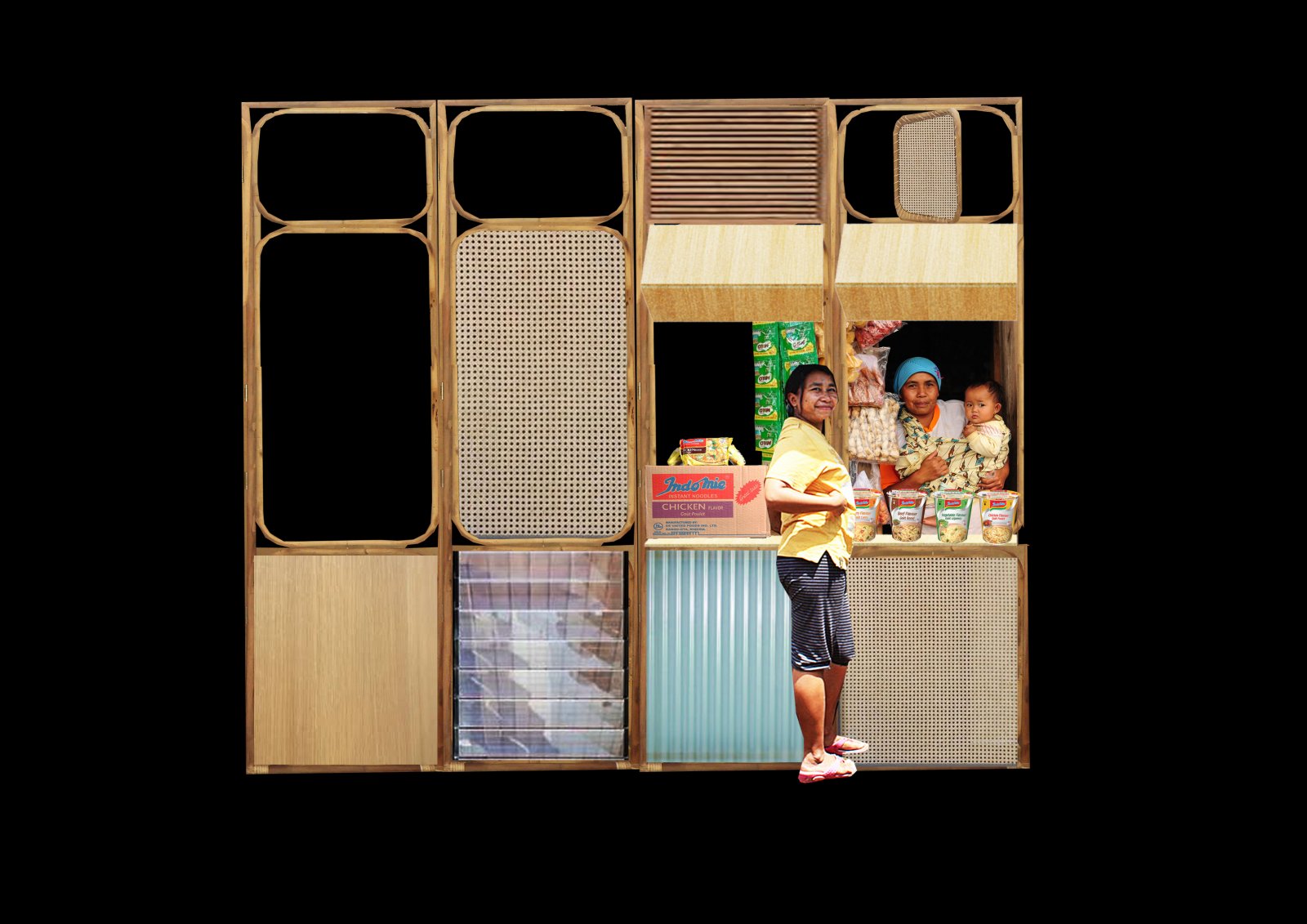 My project deals with a revitalization of the shophouse owned previously by my Chinese grandparents in the small city in West Java, Indonesia. The building which has served my family and thecommunity for 50 years, evolved informally throughout the time. Not only as a live-work facility but also as a trigger of an intense and socially connected community, especially to bridge the gap between the Chinese Indonesian population and the indigenous people of the area. This gap culminated in the riot in 1998, an unforgettable tragedy that we do not want to reoccur in the future. What lessons can be learned through the history of a shophouse; how can we critically reflect on it and progress towards the future?

Facing the aging population of the city and the massive urban development taking place in Indonesia, the shophouse of my family will be is one of hundreds in the city which might be sold or replaced by massive and repetitive shophouse units. Stakeholders target on people with a higher income – widening the gap between the poor live in the back alleys and sacrificing the values of the local communities.

Lessons learned from the context and history of this particular shophouse, my project proposes to reinvent the building by using reclaimed and existing fragments. The strategy will occur on various scales ranging from revalue the local craftsmanship, rethink the relationship of the live-work typology and regenerate the life of the shophouse and its community in an urban context, aim to reconnect the big shophouse facing the mainroad and the alley residents living at the back of the shophouse.

This new typology proposed to become a prototype of how an old shophouse model could be transformed and progress towards the future by achieving harmonically a socioeconomic, cultural and environmental sustainability.