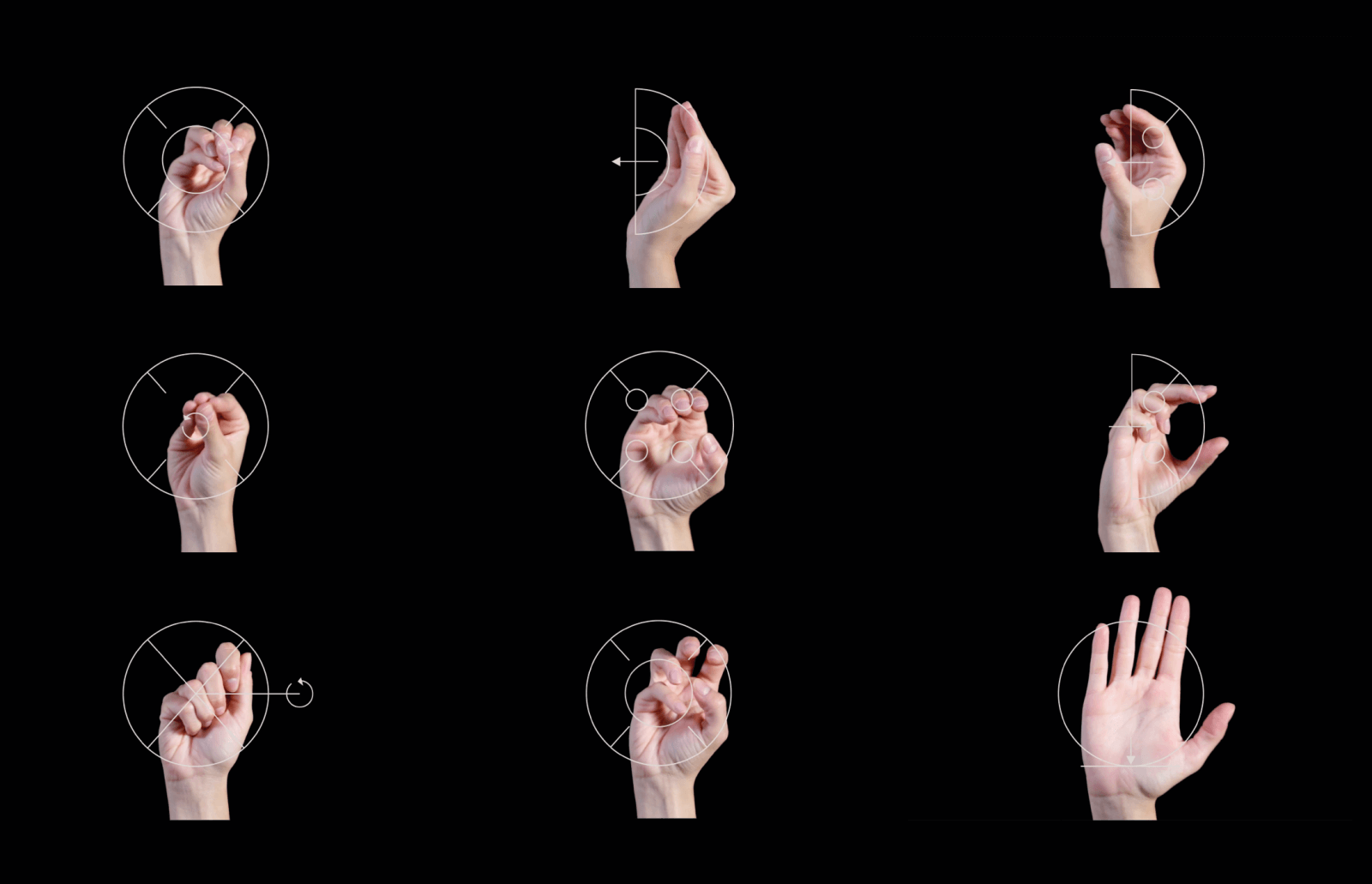 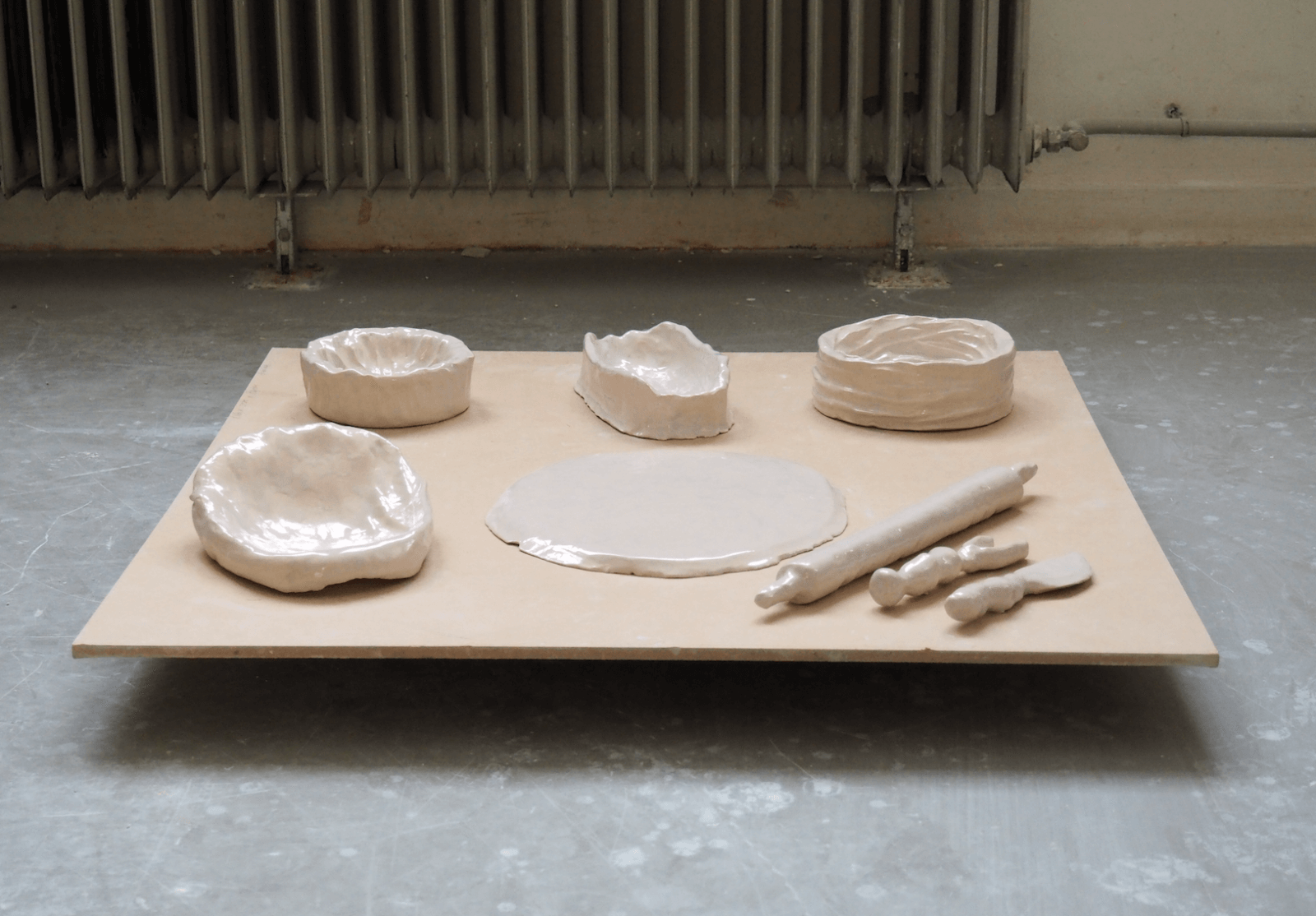 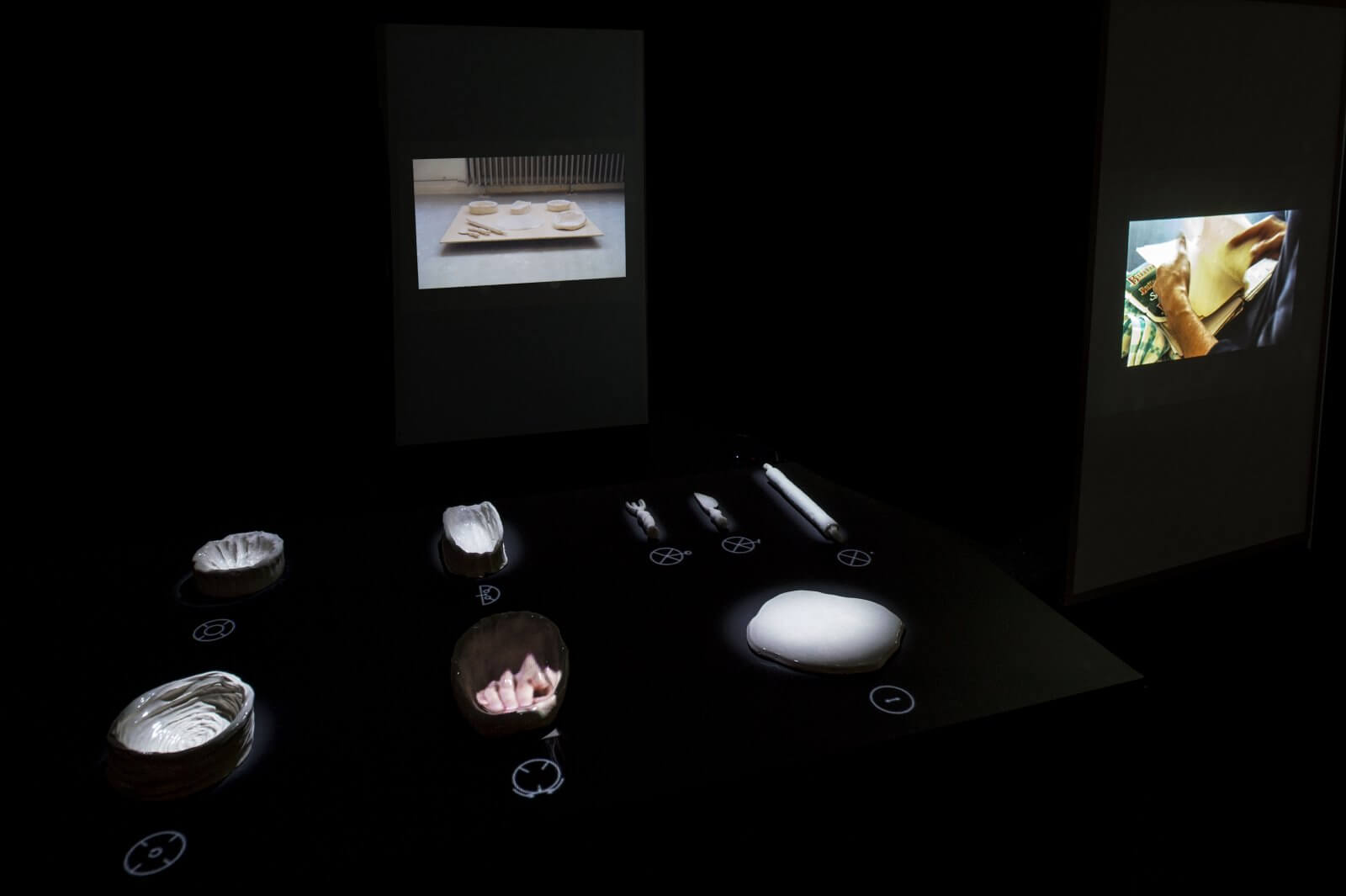 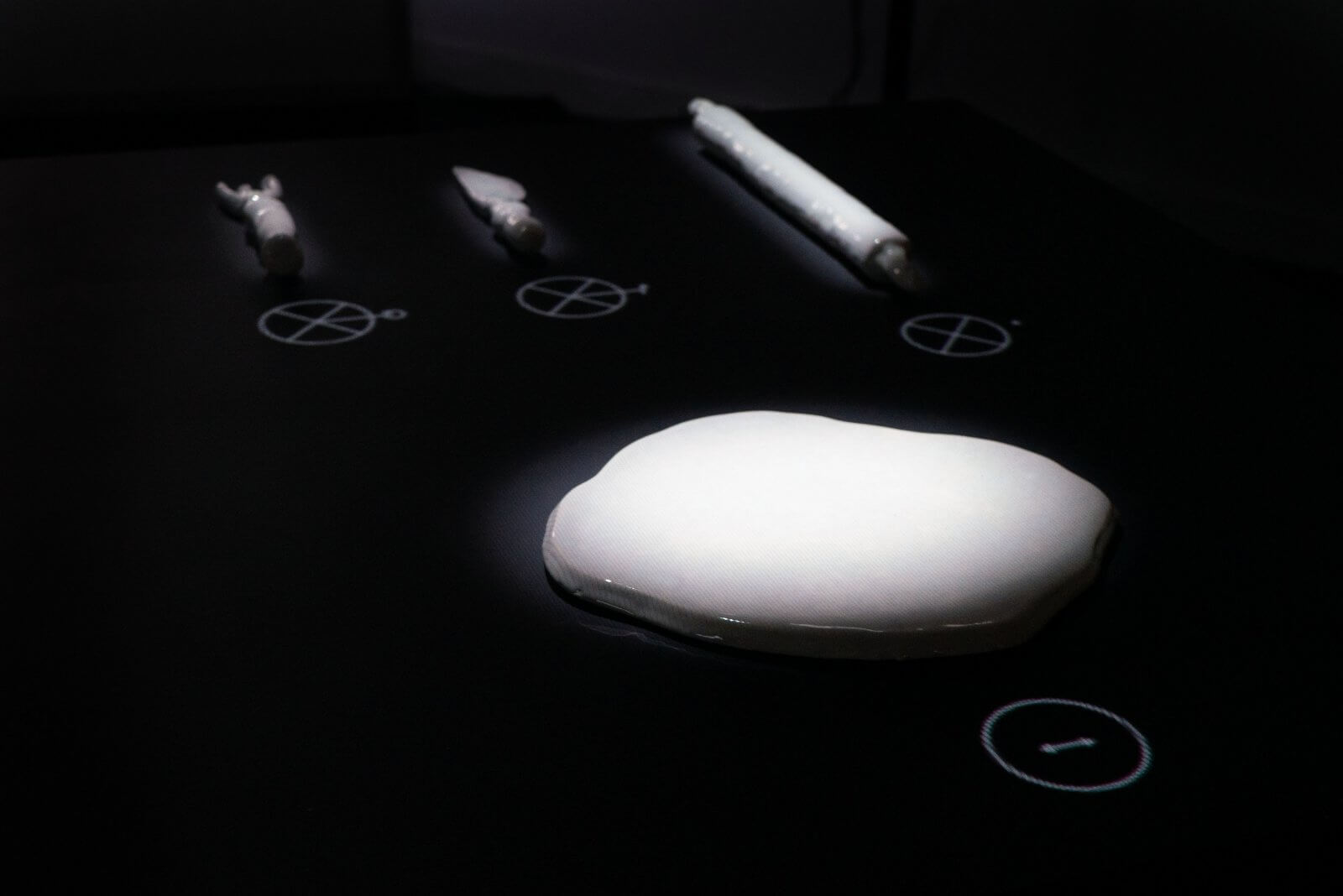 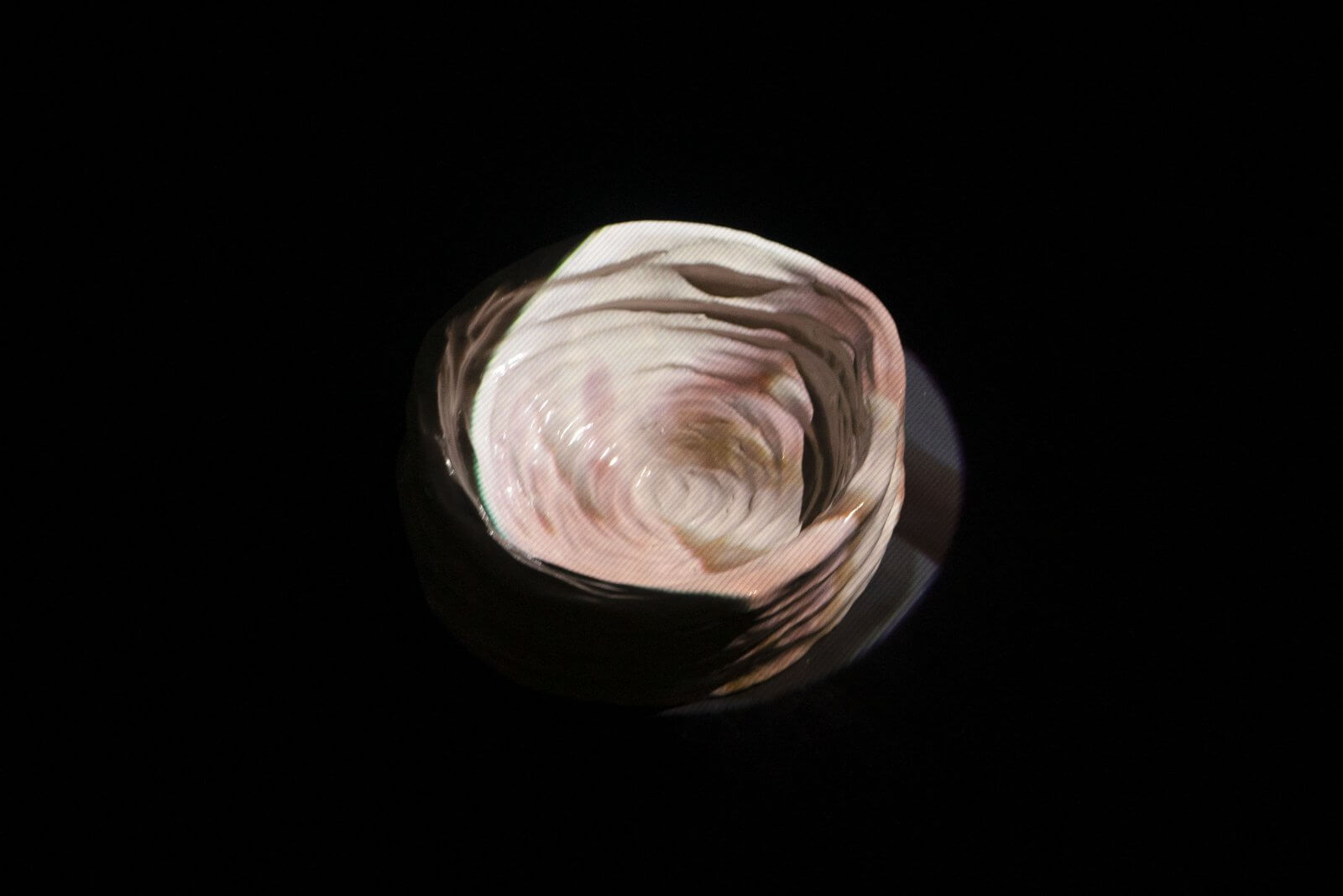 Elena Genesio is a research based designer whose work touches different aspects of the complex reality related to the world of industrial production, exploring new approaches in terms of material development and production techniques. She often uses discarded materials or disused practices to explore the way in which modern man creates value and perceives the surrounding world, using the human body as starting point.

Her latest projects involve co-designing with bacteria for the creation of a microbial leather bra, which has been exhibited at Dutch design Week 2019, investigating the potential of bodily waste through the creation of biomaterials, and the studying of fading traditional cooking practices once carried by our hands. With her work, Genesio aims to investigate the impact that industrialization has had on the very essence of our being human, questioning the impact design can have in shaping a more sustainable and ethical future.

The Cooking Gestures Archive investigates the role of the tactile knowledge rooted in traditional forms of cooking in a future where manual skills are becoming increasingly less valuable.  This project stands on the belief that the gestures and the movements which traditional forms of cooking are based on hold the power of making us reconsider the role of food within our lives, underlying its celebratory, performative value, the power of creating community and bond making. The project was born out of a six month research about the transformation of the local food culture within the socio-economical context of the north-western region of Piemonte, Italy.

The graduation project finds its origins in the footage collected in this research phase which shows the designer’s grandmother making a pasta dish whose recipe has been passed on across many generations of women belonging to her family, and that only still remains alive in the instinctive movements of her hands. These movements constitute a type of manual skills that when isolated from their original context, looked just like a language of gestures, describing a way of cooking completely based on instinct and tactility, but also a way of understanding the surrounding world through the use of the sense, the body and the hands as tools. The movements were associated to a series of symbols, made by studying the path which each finger makes when performing the gestures through motion tracking and drawing. Passing from movements to symbols creates an abstraction form the gestures and its original cooking context, allowing for the creation of an alphabet of symbols that becomes a visual time capsule and a new language that purely refers to movement.

The first set of symbols developed describes the practice of making pasta by hands and it has been collected on a digital archive. The language is intended to be amplified to later include different movements originating from other traditions, to not only prevent their memory from disappearing but to make room for them to continue existing in the future. The goal of the website is to create a platform to enrich and expand with new symbols, becoming a digital archive of movements and recipes.

Starting from the symbols, the designer developed a series of sculptures which each represent a specific movement, with the aim of capturing their essence into a physical object. The sculptures were made by impressing a specific movements into a bloc of raw clay specifically made to host the gesture, which is then fired, and glazed. These artifacts exist as a physical representation of the manual skills, which become frozen in time and captured into the clay, but they also constitute a set of tools for learning and understanding the movements, asking for the hands of the observes to fill in the space the makers’ hands left.

The sculptures together with the symbols and the original footage come together into a multilayered installation, exhibited at the KABK graduation festival. In this installation the gestures from which the objects and the symbols originate are projected on top of the sculptures creating an interactive experience where all the different elements of the project merge into a gesture performance.

Food is a dynamic medium for expressing culture and identity, a necessity which has completely reshaped the natural and urban landscape of our planet and a reality which has been changing drastically over the course of the past century. Within the five the past five decades the global establishment of the food industry has caused a profound transformation in the way we see, produce, and distribute food. Mass production and the mechanization of agriculture have had the advantage of making food incredibly more affordable, but on the other hand, they have taken away the necessity of inheriting the practical skills previously passed on across generations, instructing us how to make with our hands. The space for our culinary traditions has gradually shrunk, together with the vocabulary of manual knowledge they carried, and a part of the physical experiencing of our human existence.

The research project Food Anthologies investigates the future of the cultural heritage that comes with traditional food practices by studying the changing food culture within the socio-economical context of the north-western region of Piemonte, Italy. The research focuses on three generations of women and their relationship with food, using a recipe a place and a personal story as narrative elements. It studies the way our consumption, distribution, and perception of food has changed in the last 100 years. How will it further change and evolve in the next 100 years?  The aim of the research is to speculate on the future of the cultural heritage that comes with food cultures, using design and research tools as means of investigating how preserving traditions can simultaneously act as a medium of change and adaptation to future challenges.