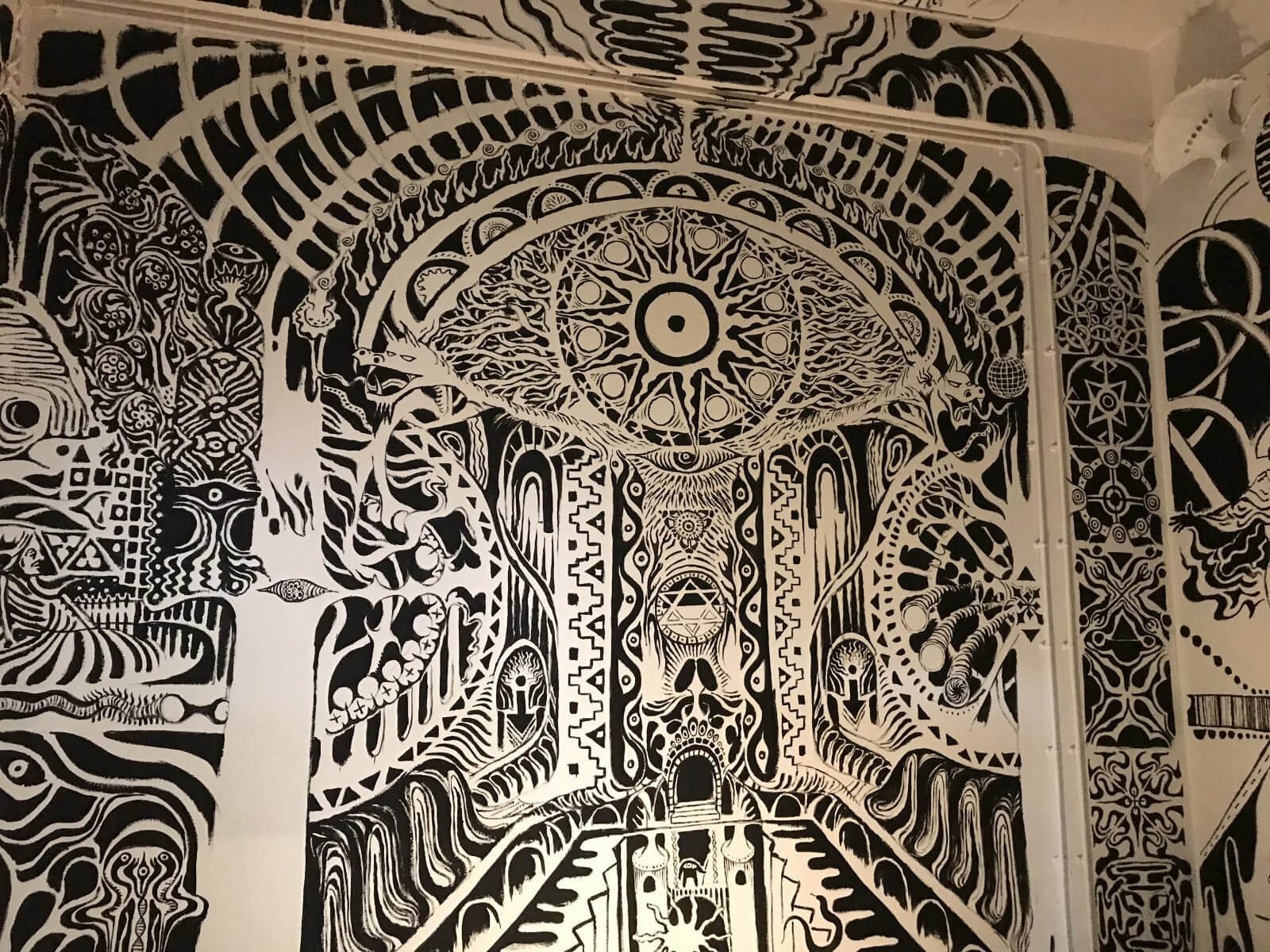 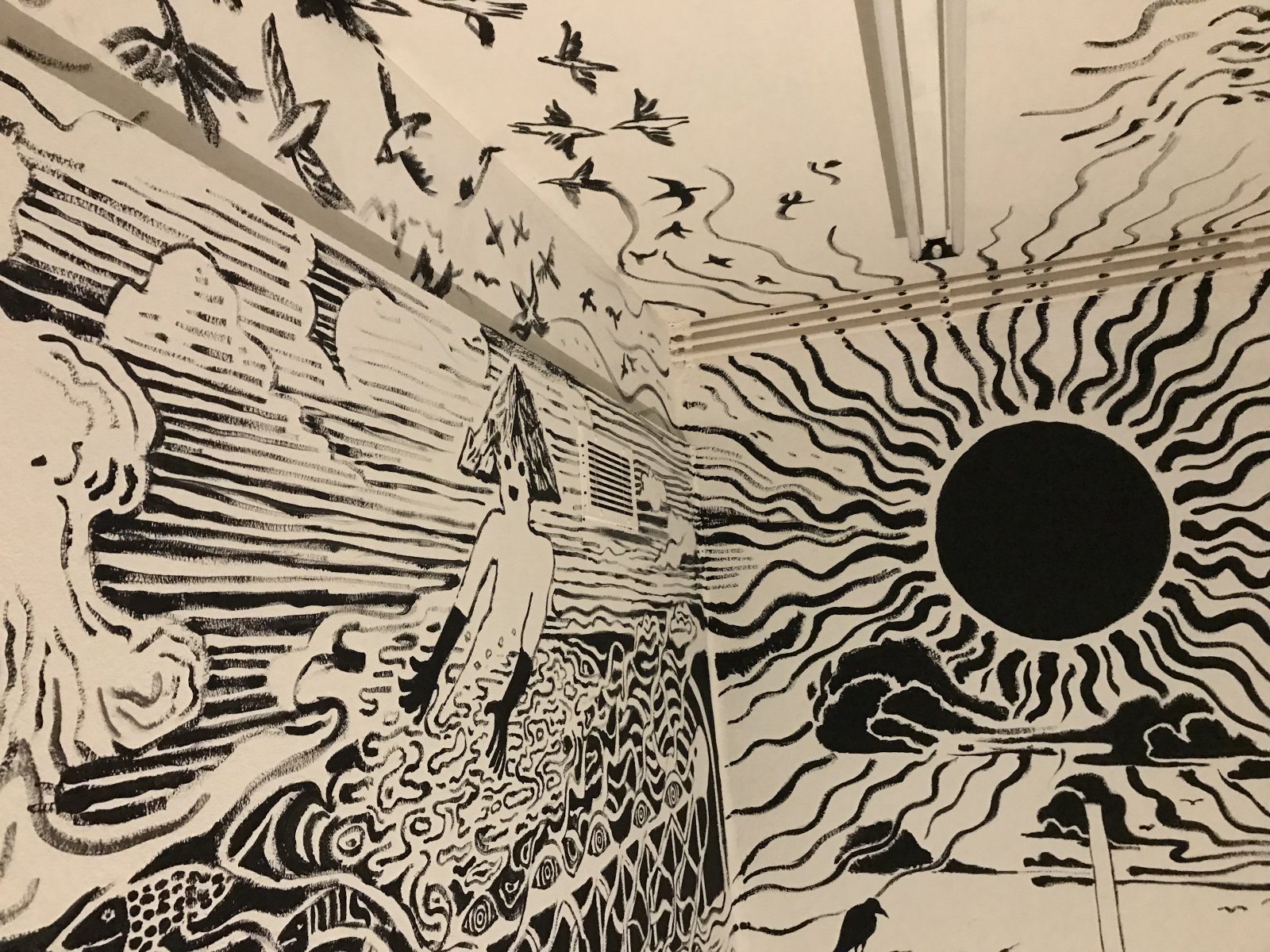 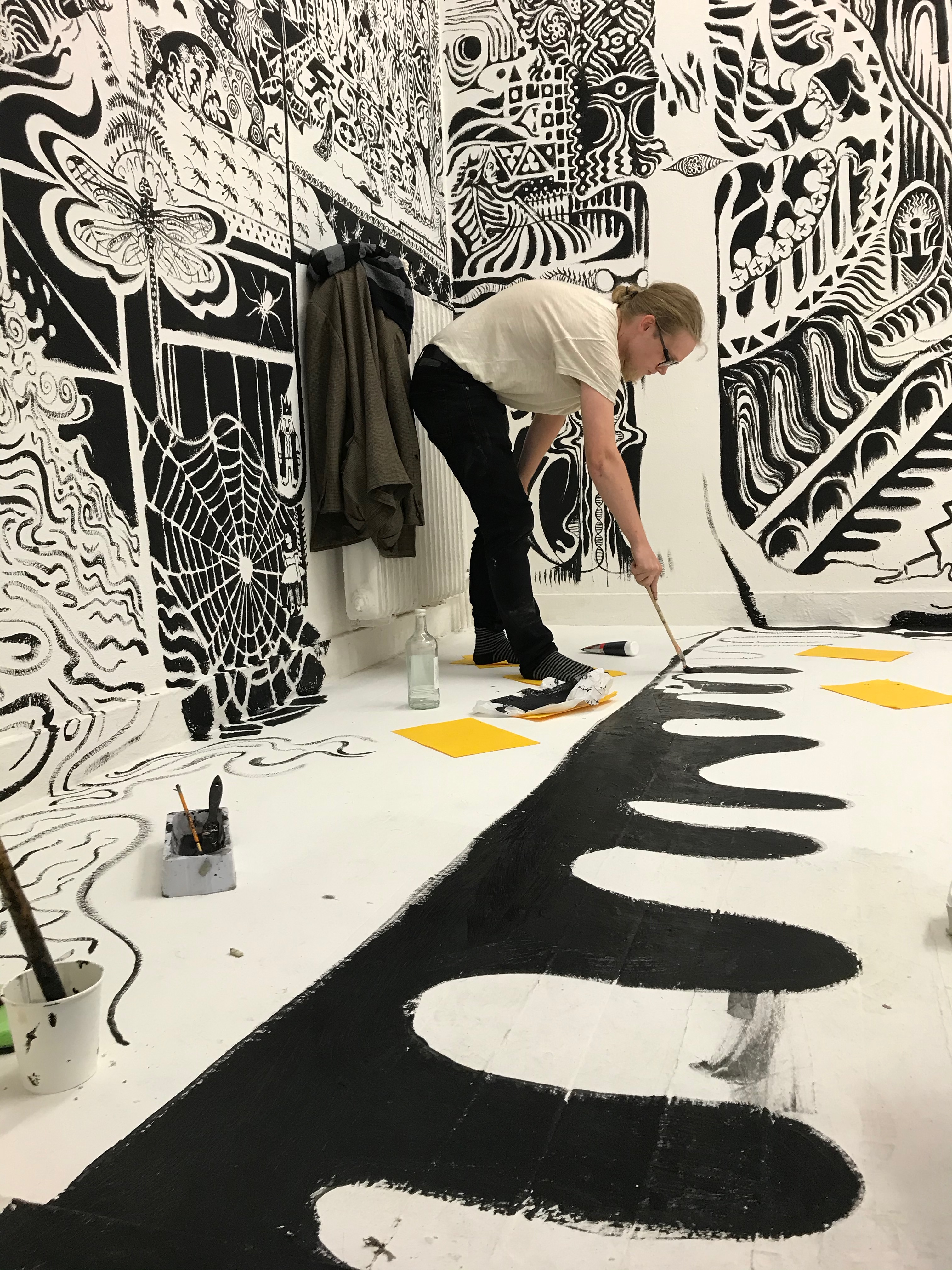 Mural painted in strong black and white "zebra" aesthetic. Lines and forms devouring the space, where architecture meets body, mind and spirit in trips to realms. From the above to the below, to the above again. Matter distilled to vapour, to the sun and stars.

For the past years the artist has been working on a project uniting visual storytelling of silent cinema with occult alchemical thinking. This mural is meant to show the scenery and symbols from a yet unmade film.

it is a work about the world of ideas moulded in the white salt with black ink from the octopus, stories of good and evil. “Prima Materia” is latin for “first matter” the alchemical black substance which had it in the potential to become anything through fermentation and distillation.

In my thesis i researched the practice and symbols of ancient alchemy and cinema as it was first invented. I had been very immersed in both these practices for years and was hoping to find some groundwork for a new kind of Alchemical filmmaking, inspired by early silent movies like Georges Melies. Cinema, like Alchemy, is working with physical matter for metaphysical goals.

Alchemys chief abition is the great work, "magnus opum", where the alchemist carefully guides the matter through death and rebirth, also meanwhile his own mind, as noted by C. G Jung. Both the lead and gold are mainly symbolic of the relation between all things, high and low, which the Alchemist wants to hack and control. Much like how filmmakers must carefully build and reshape the film through various stages. I looked at how photography led to the moving image, which at first was used as a magic trick and only later to tell stories.
Many of these stories function as a loophole between the filmmaker and audience, where they are experiencing a fabricated dream, a cracked mirror.

The title is a latin maxim championed by Alchemists, "solve"-dissolving and "coagula" -coagulating, in other words picking something apart to its most basic part, then reassembling it. Cinema used chemicals and metals like silver to manifest a new kind of reality, which trancends time.