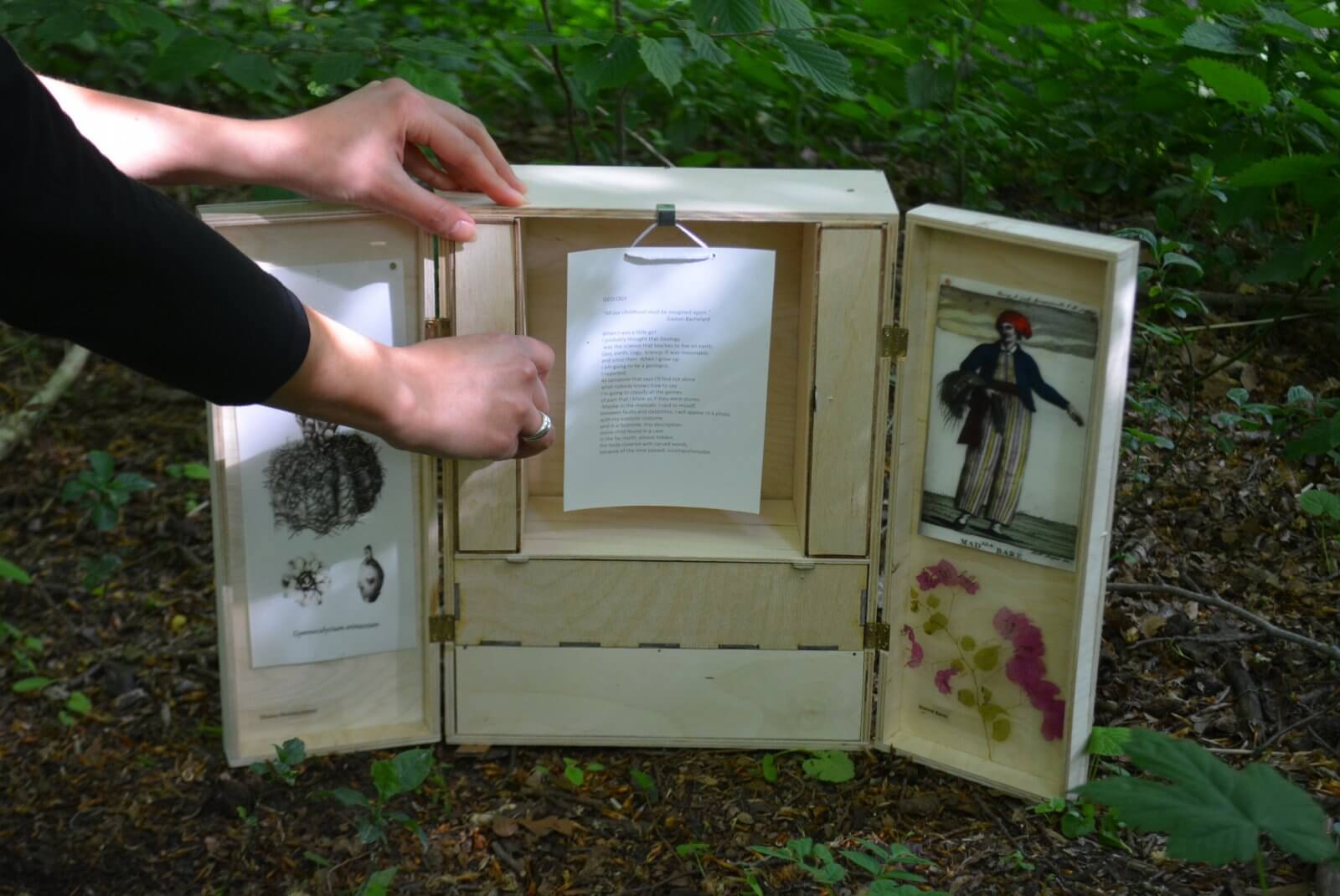 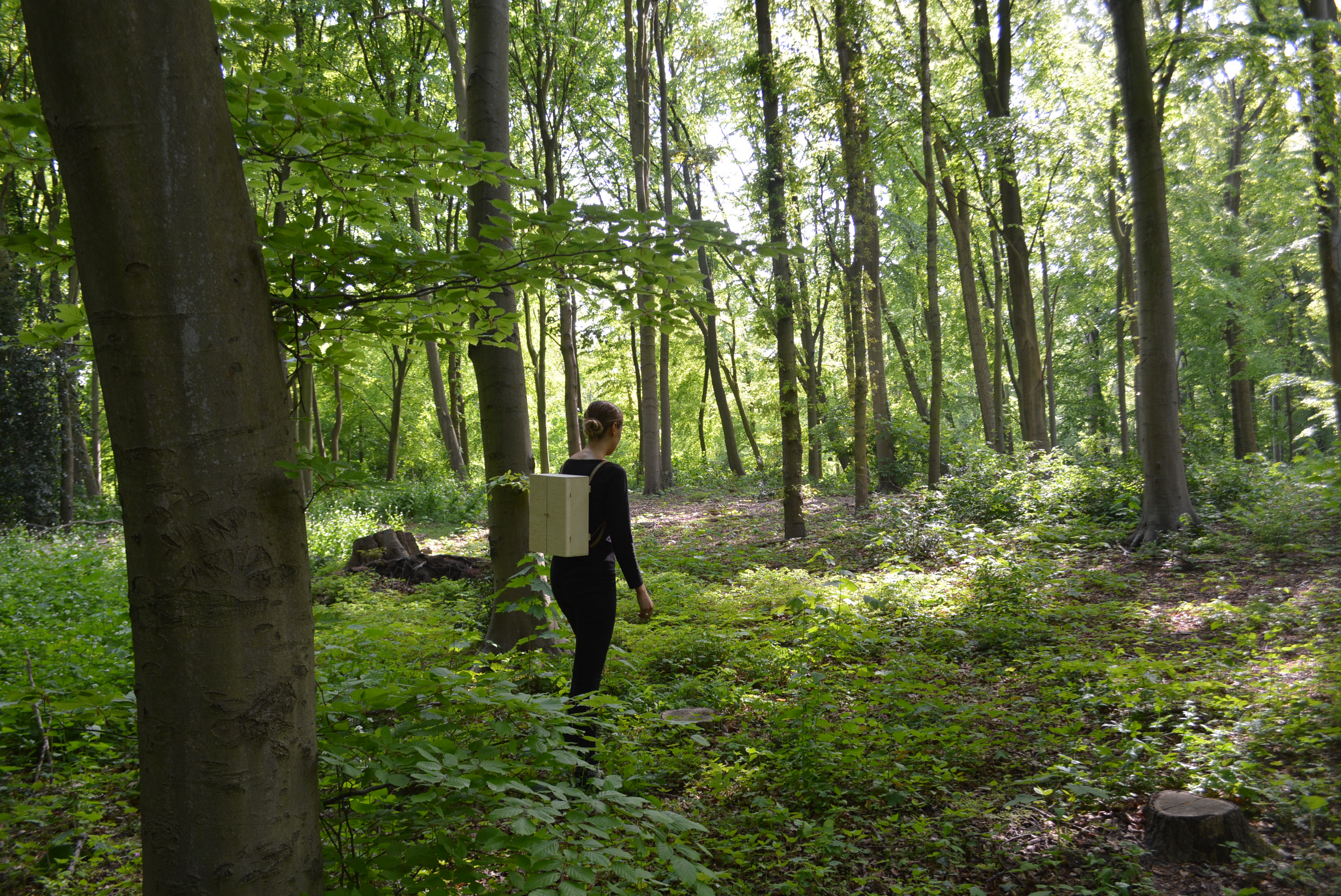 For the past 15 years I have been collecting minerals, antiques, and fossils. These pieces are the starting point of my process. I have reflected about the methodologies belonging to Sciences and Art to approach nature as an object of study. I am part of an Argentinean group of artists, researchers and scientific illustrators called Expedición. Together we work connecting Art and Natural Sciences.

My primary mode of production is sculpture, deriving in performance and installation. This also involves a process of documentation that relies on photography, drawing, video, 3d modelling and writing.

Lately, I have been interested in the notion of museum, as a colonial institution where a discourse is built. I developed a process focused on the concepts herstory and decolonial thinking.

For the graduation I decided to develop an action with one of my mobile museums in the Haagse Boss, a forest in The Hague. The performance could be a ritual and the spoken word the medium. My body is present together with elements that belong or remind me of people that I adore and that inspires me great respect. Through this action I generate a dialogue between pieces to considerate how memory is constructed. I wonder what is remembered, why is it remembered and what is not. I reflect upon non represented perspectives, including pieces that depict the resistance of subaltern knowledge and tradition.

Some of the pieces selected for the performance correspond to the scientific realm belonging to Western culture, some others to non-hegemonic perspectives, and some others are a mixture. I incorporated: -The work of Silvana Montecchiesi, an Argentinian scientific illustrator and a friend. We are part of the above-mentioned collective of artists and scientific illustrators called Expedition. -A picture of an ornament with Cacao fruits of the Metropolitan Cathedral of Quito that was taken by me during a residency in Ecuador. The residency took part in Quito, the capital of the country, and in Napo, in the rainforest with a Quechua community. -An herborized specimen of Bougainvillea and a print with a representation of Jeanne Baret belonging to the XVIII century. In the Giardino Dei Semplici, in Florence Italy, I found some specimens of an herbarium under the name of Commerson, Jeanne Baret’s husband. -Incense made by Farah Rahman, an artist that I meet during the ArtScience program and that is also working in the decolonial realm. -Vidala del ultimo dia, writen by Raul Galan. The vidala is a type of song belonging to the typical Argentinean folk music. It is said that the vidala as a genre was born in rituals, it depicts the life in the forest.