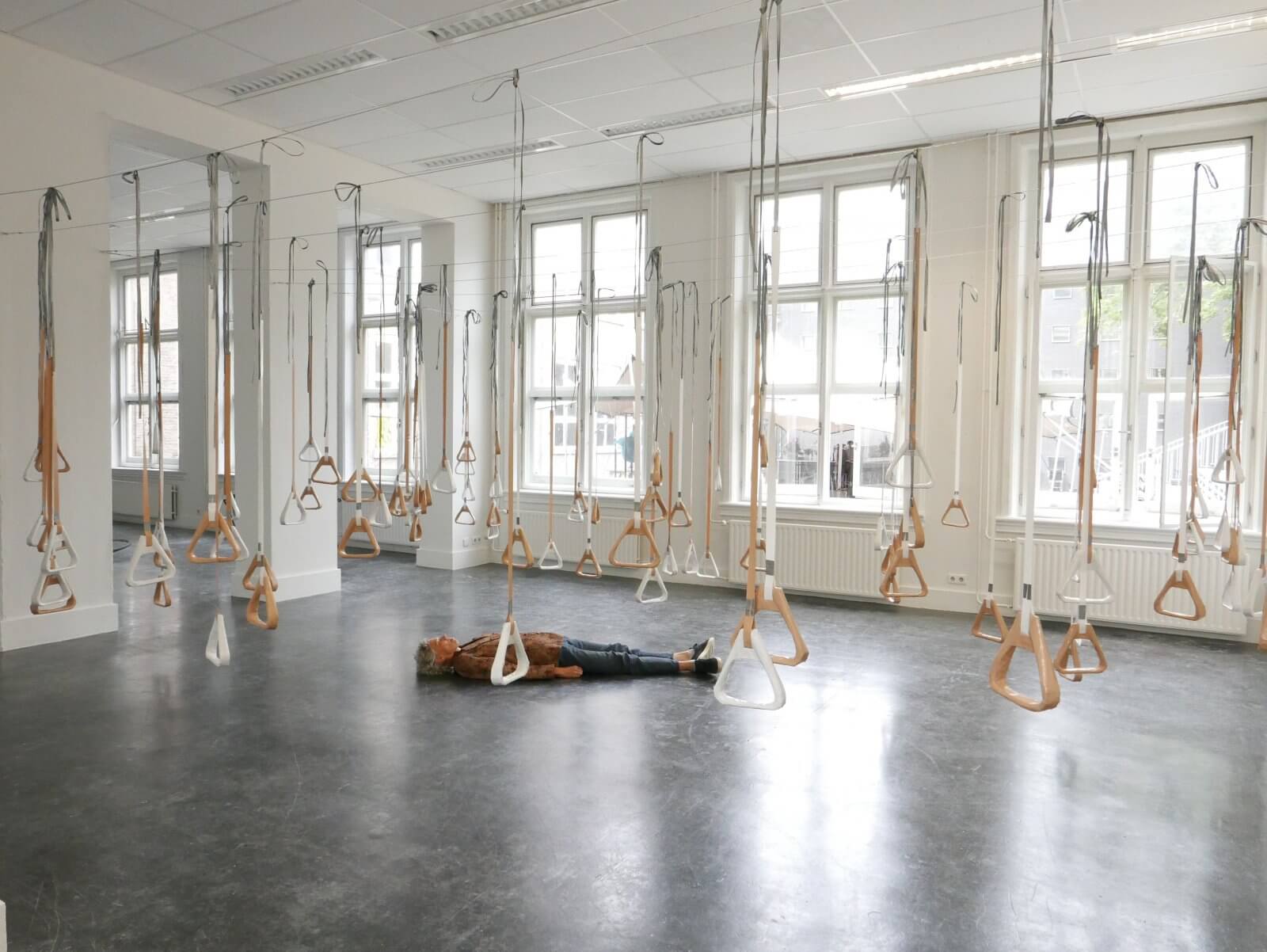 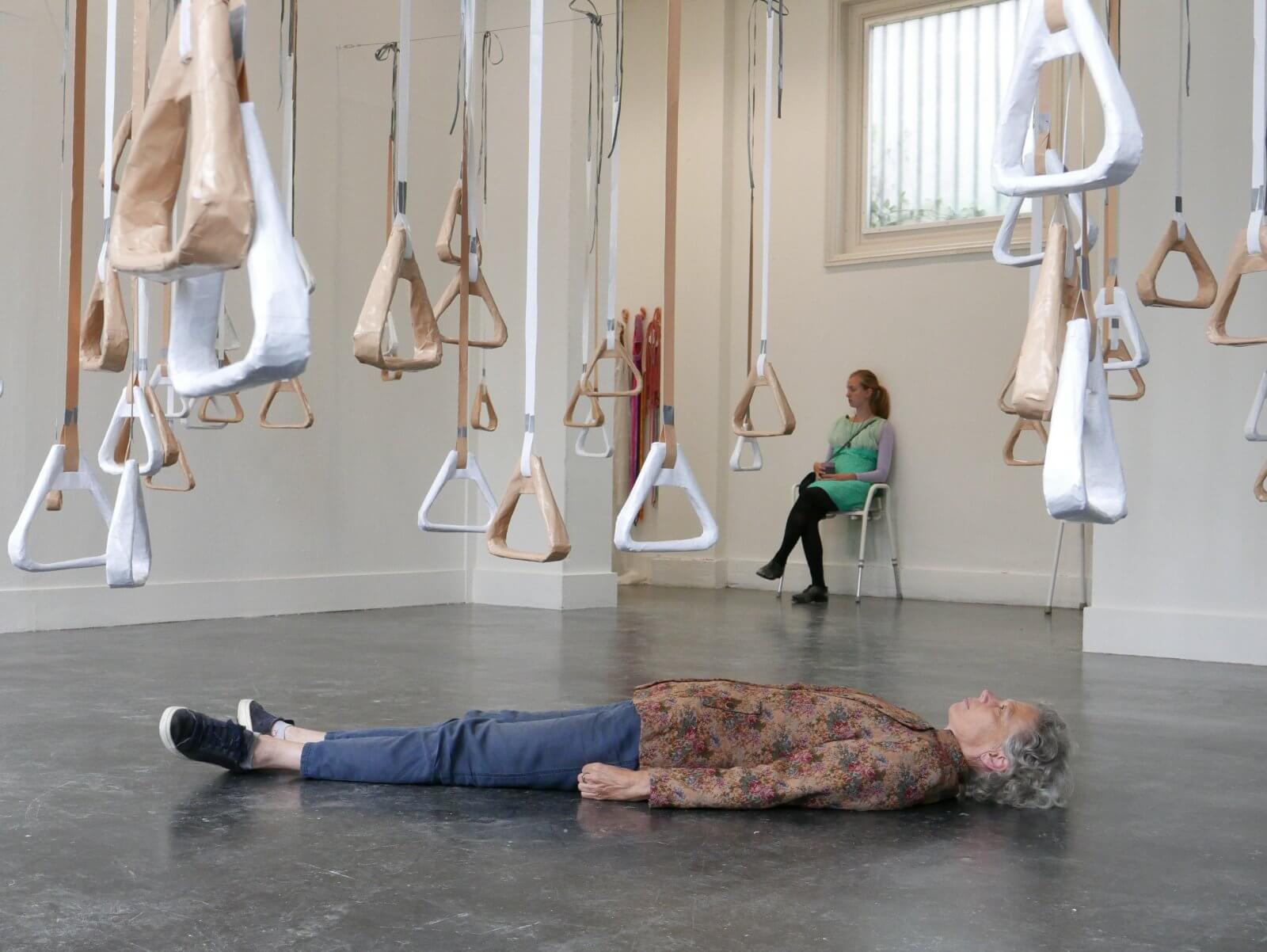 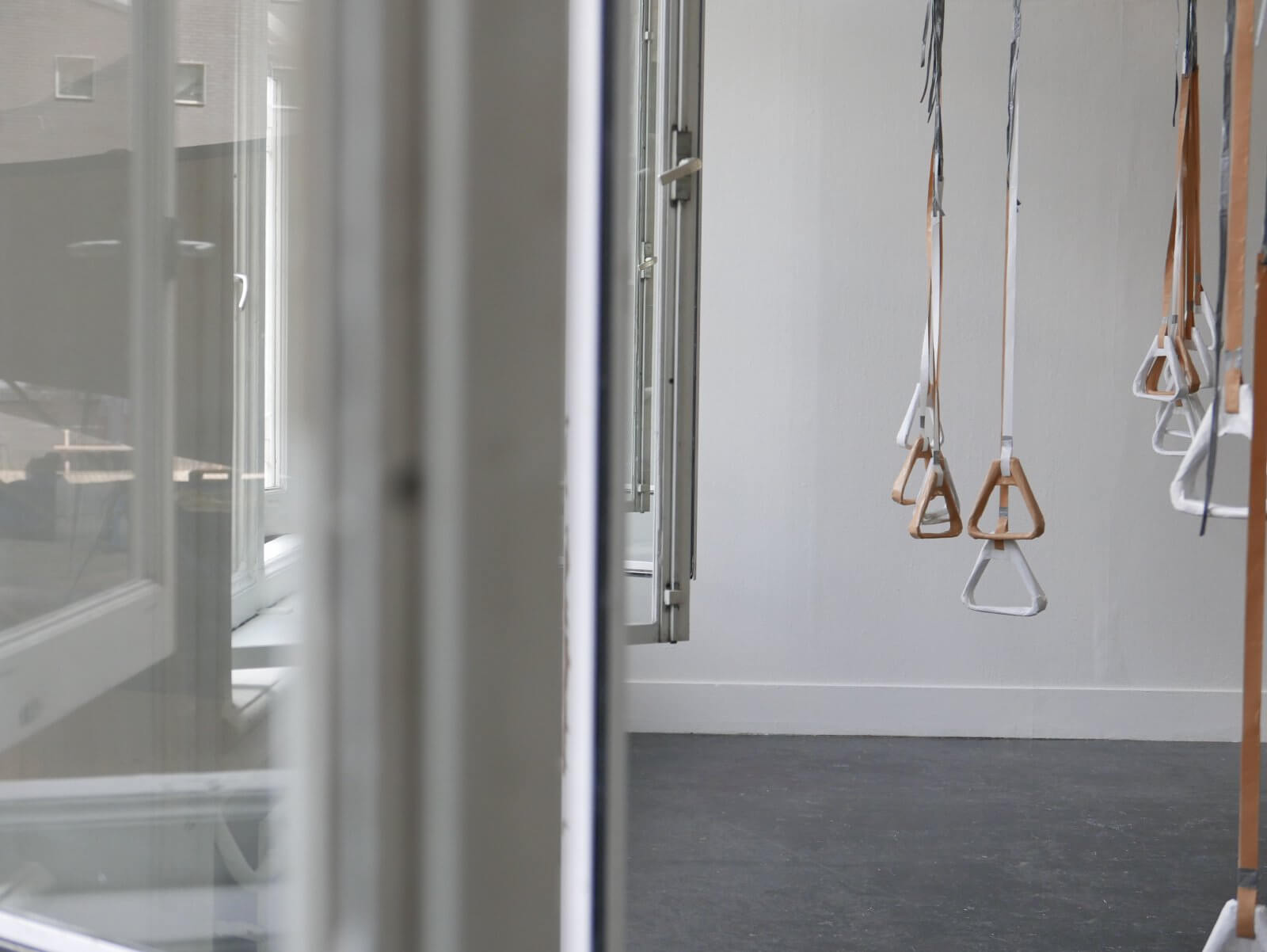 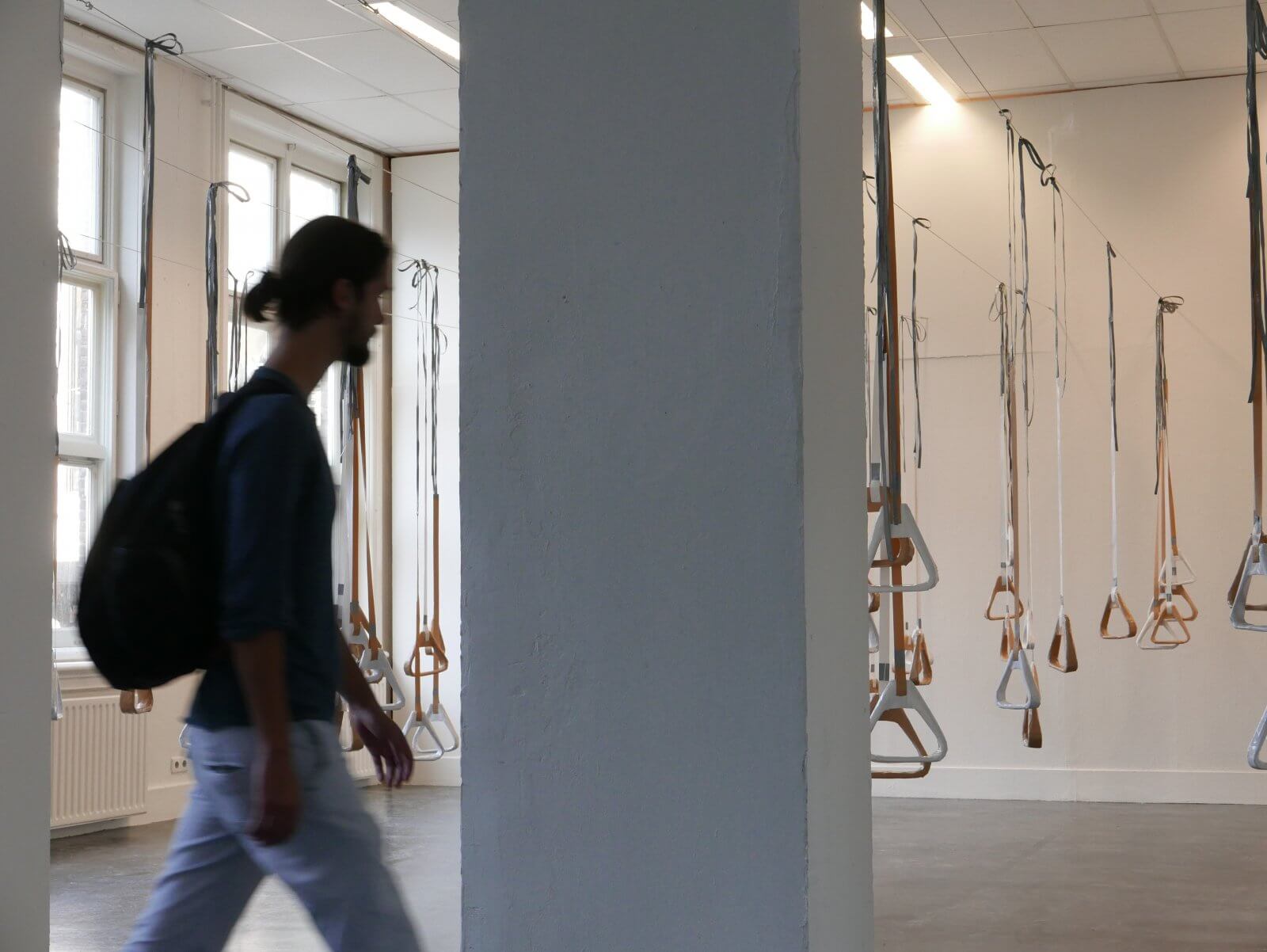 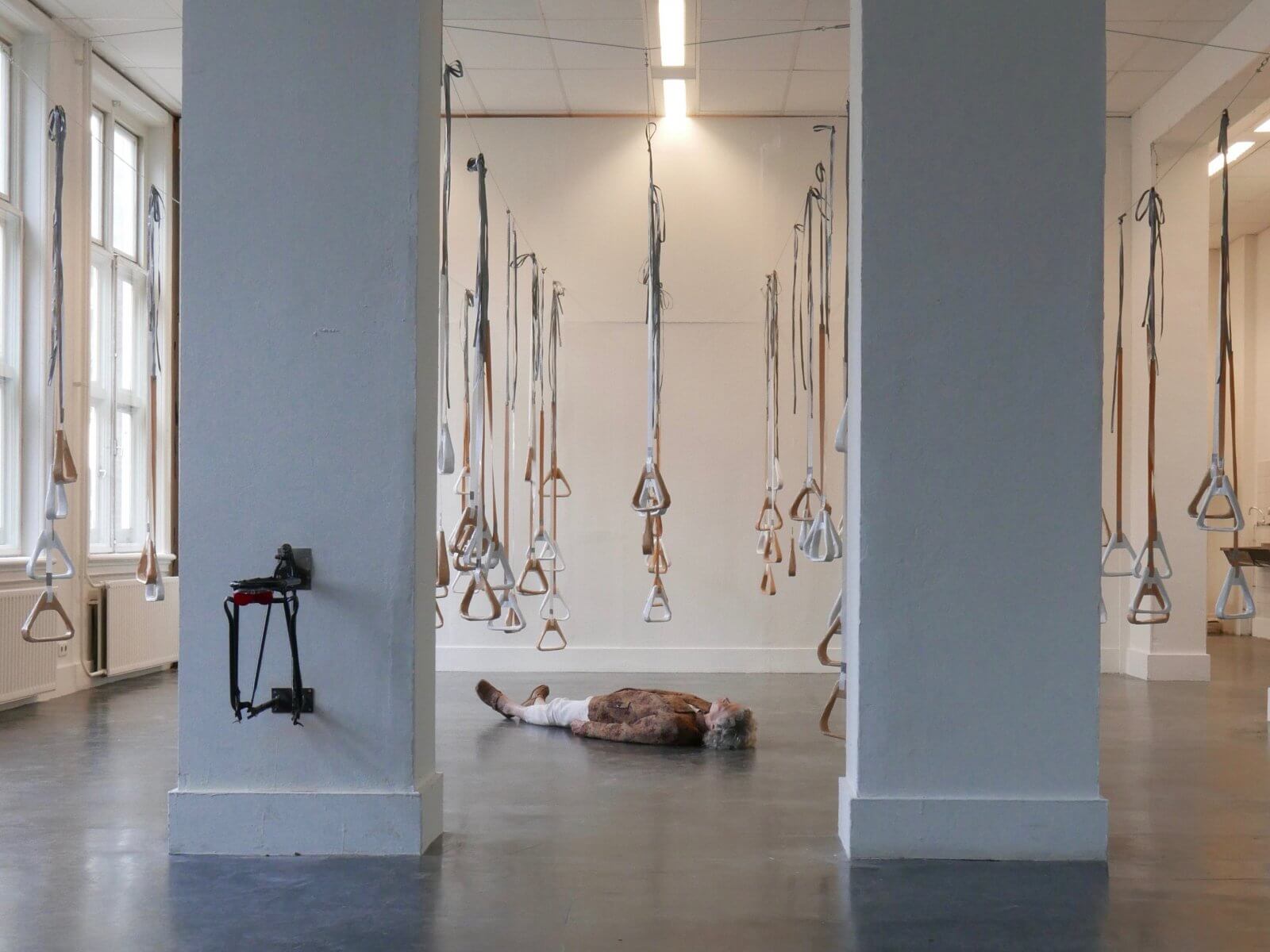 HOW I MAKE SENSE OF THE WORLD

With my art I research the area between reality and fiction. I'm looking for a space where the options are open without expectations. My work is a combination of installation and live performance. I prefer open spaces: a corridor, a tunnel or a hall, a place where we thoughtlessly walk or cycle on our way from one destination to another. We tend to overlook these spaces and focus on the final destination. But the world is not at the end, but in between. Everything is connected. It is one big whole. My actions are simple and related to the daily necessities of life. With this I want to create an unexpected moment of wonder and imagination in which the viewer becomes aware of the unusual in his environment. Important topics in my work are loneliness, the ordinary, vulnerability and my experiences in the elderly care.

I take care of you

You take care of me

I need you more

Than you need me

Life is too long

In this thesis I am looking for the magical moment of wonder and imagination that is present but not visible in reality. Along the paths of the Japanese writer Haruki Murakami, the animation films of Hayao Miyazaki, the empty space of the theater makers Peter Blok and Yoshi Oida, the charismatic space of Marina Abramovic, the last days of my dear friends Bets and Ger and the aimless wandering of Guy Debord, I get closer and closer to the in-between space where I am looking for.

My theory tutor Onno Schilstra wrote the following about my thesis:

Ingrid works in the tradition of twentieth-century movements like Situationism and Fluxus, that tried to take away the barriers between art and reality. By removing those barriers one can enter a state of mind that Ingrid characterizes as 'tussenruimte', an interspace. This 'space in-between' is also the subject of her thesis. In a series of essays, she engages in a wide range of perspectives with the subject. Ingrid first became fully aware of the 'interspace' when develloping herself as a performnce artist. Next, she discovered that the special state of mind in which one is intensely aware of oneself and the environment, can be experienced in many more instances outsite of performances: in a small boat in the middle of the ocean; in a dark labyrinth of uncanny streets in Birmingham; working with aged patients as a nurse. She points out that what is essential to western art performances, has striking similarities with elements at the base of Japanese culture and religion. Ingrid deliveres her essays in the form of a collection of letters to wichever reader who wants to open her envelopes.