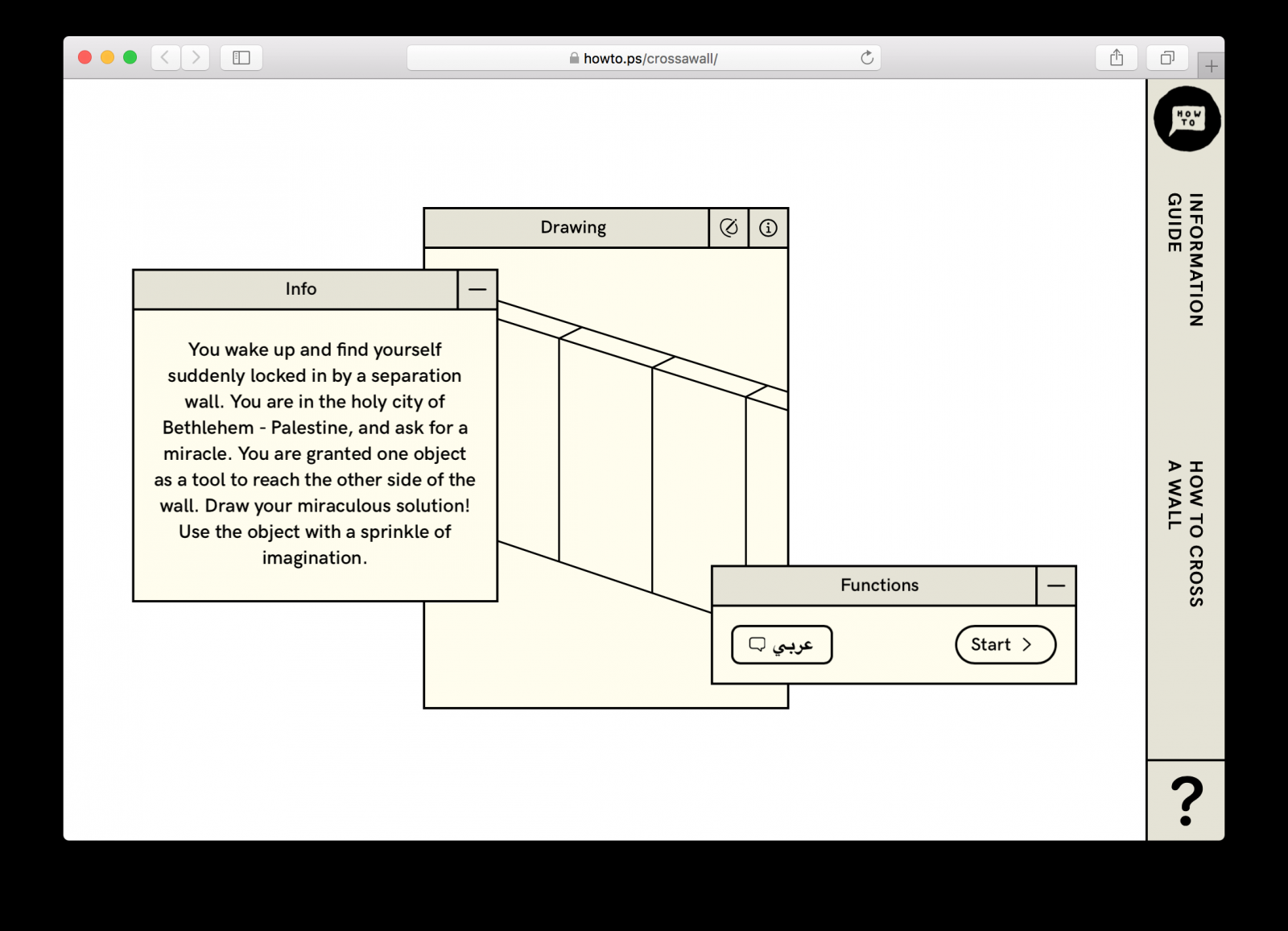 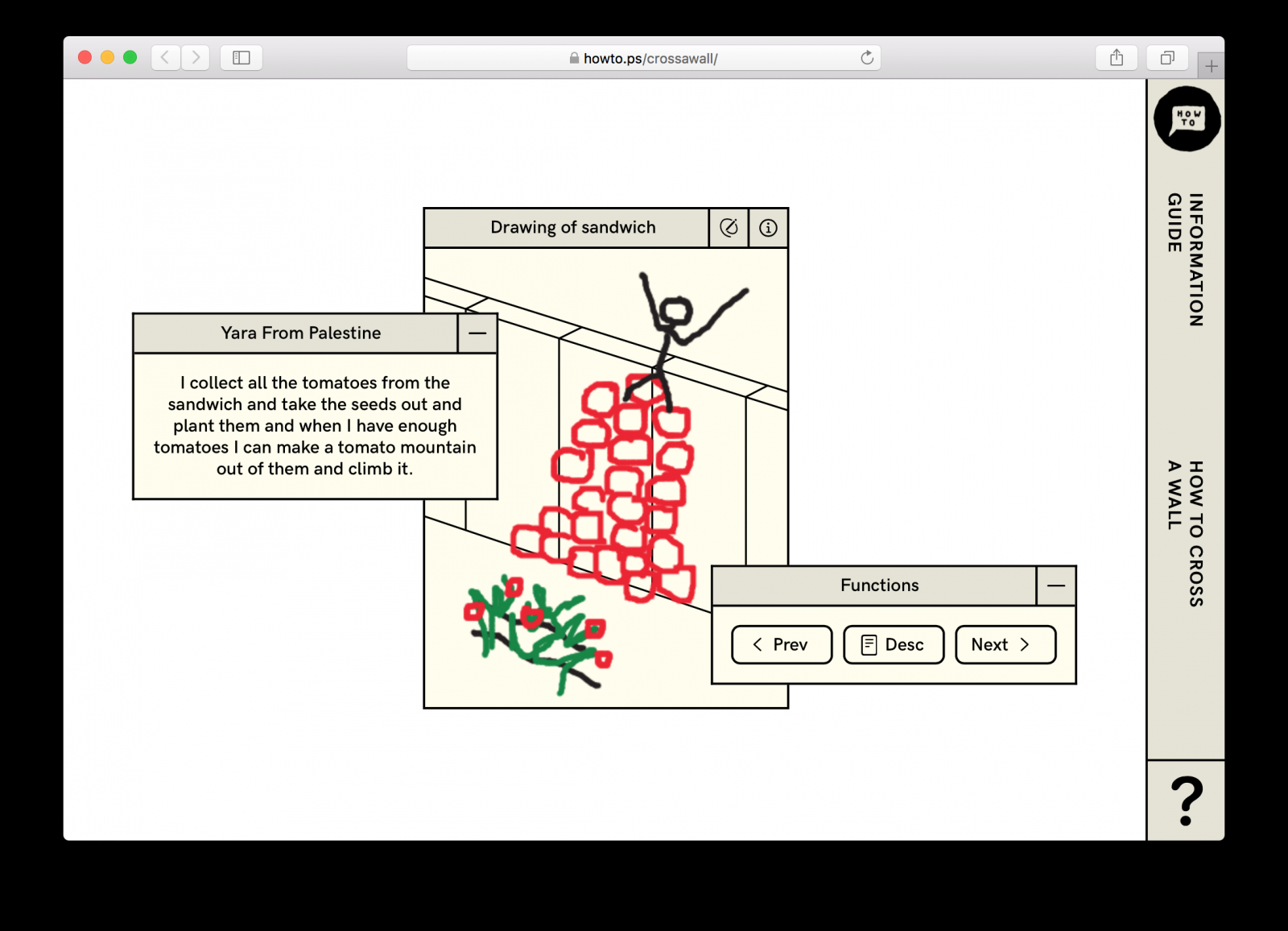 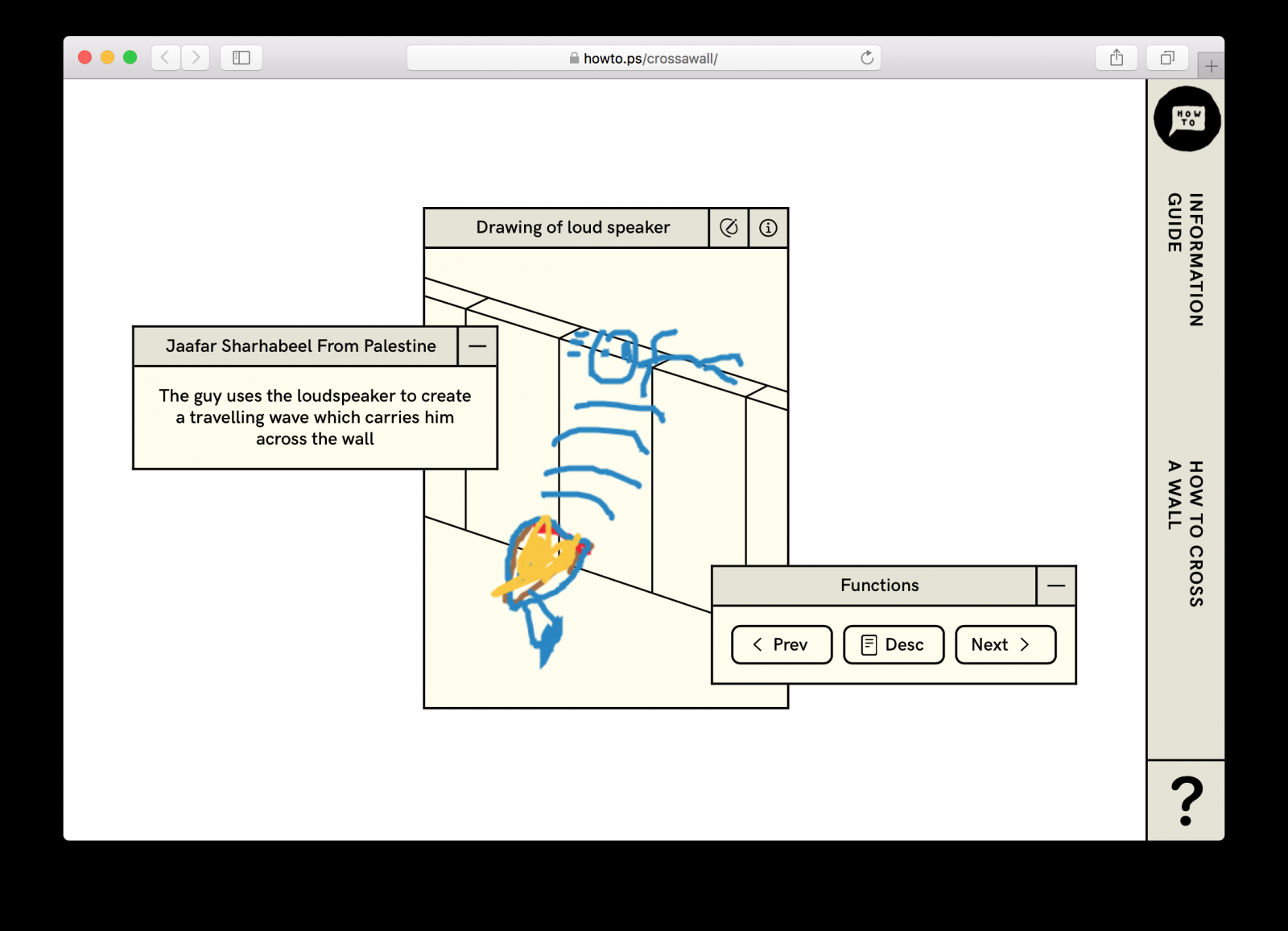 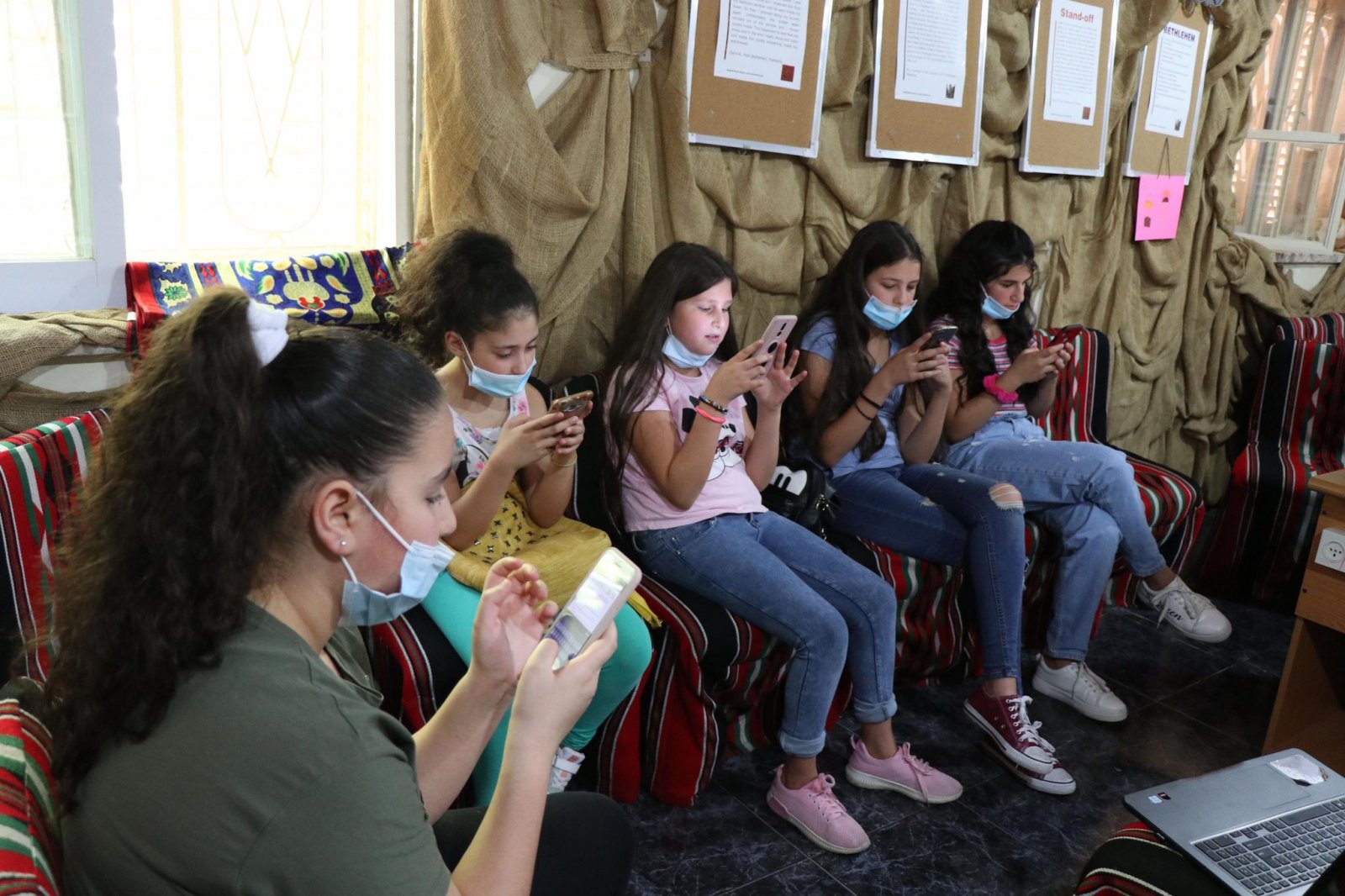 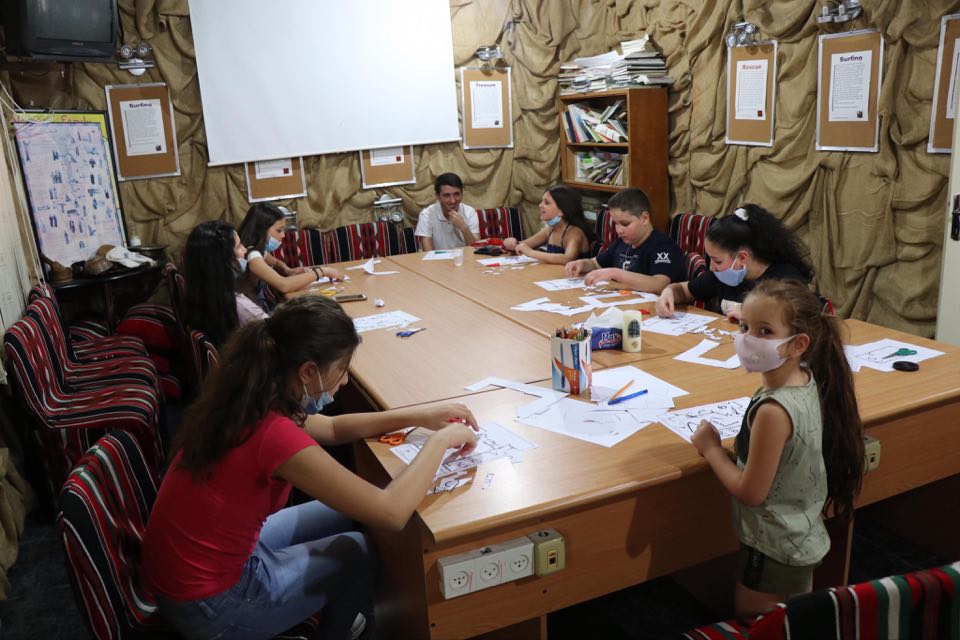 Jara van Teeffelen is a Palestinian-Dutch artist, currently studying Interactive / Media / Design at the Royal Academy of Art - The Hague. Born and raised in occupied Bethlehem (Palestine), Jara grew up with an indelible political mark. When she was a child, her father wrote a diary about her which inspired Jara later on to put her own twist to the communication of the Palestinian reality. Once, she was asked as a child to close her eyes and tell what she saw. “The Wall,” she said, referring to the Separation Wall that has deeply impacted ordinary life in Bethlehem. While it is Jara’s inherent interest to look for solutions of problems, the Wall is nothing but a dark, fixed and unavoidable presence for which no Palestinian sees any “solution.” So what to do? In her work, she sees it as her challenge to insert humoristic elements to the political situation in Palestine by giving unrealistic, imaginative solutions to the problem of occupation. Humor plays a big part in her projects, as her main focus is to take things very literal and shallow while the environment is complicated and oppressive. This adds an unintended layer of playfulness to her projects that are inspired by Naïve art and childlike drawings without losing her political message.

Jara van Teeffelen interned at The Image Society/Droog
yaravanteeffelen.com
Graduation Project
how to cross a wall

“how to cross a wall” is an interactive platform that enables Palestinians and internationals to create an imaginary solution through drawings and text of crossing a wall that resembles the Apartheid Wall in the WestBank, using one suggestive randomized object as their only tool to use in order to reach their freedom. This project is a collaboration with the Arab Educational Institute in Palestine, where workshops are organized for Palestinians and internationals as part of their online summer school 2020.

Humor is often seen by many as a veiled voice against oppression. However, it can challenge the hierarchy when used as a provocational tool by turning situations upside down. Under the influence of the Israeli occupation, engenderment acts of political humor are becoming increasingly more widespread as part of a resistance and survival strategy against the occupier. People trick and mock the hierarchy using different creative methods, restoring unity and support among Palestinians to lift hope against oppression. With an emphasis on political humor, this book looks at how Palestinians are often able to restructure their distorted relationship with Israeli soldiers by using ridicule and trickery as tools of humor. By following a set of tips listed below, one is able to live a happier and healthier life while living under the occupation. Here are a few tips that are mentioned in the book and are part of the context page and relate to each one of humor’s functions. the falafel tip, the wet grass tip, the secret doorway tip, the sleeping mask tip, the flash photo tip.