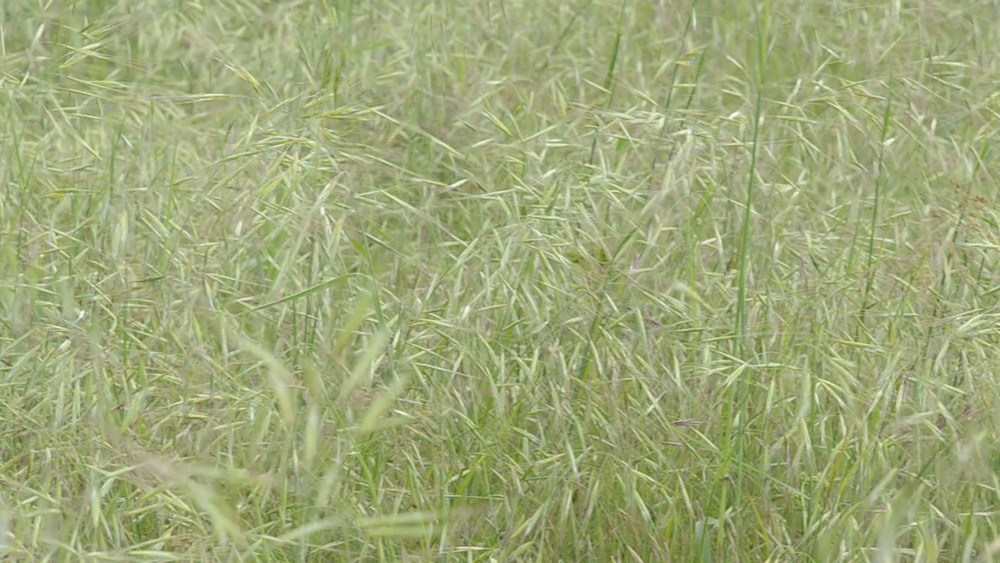 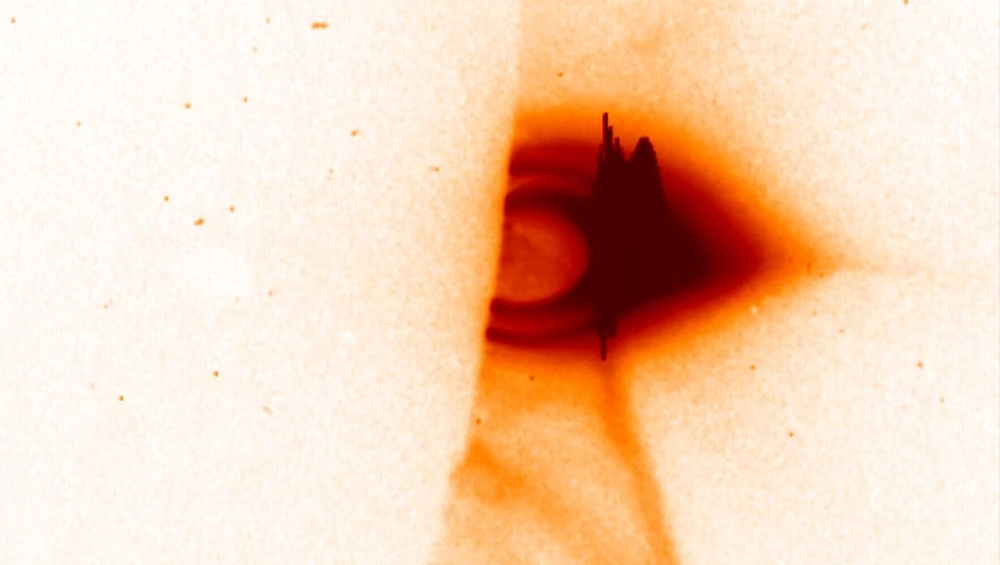 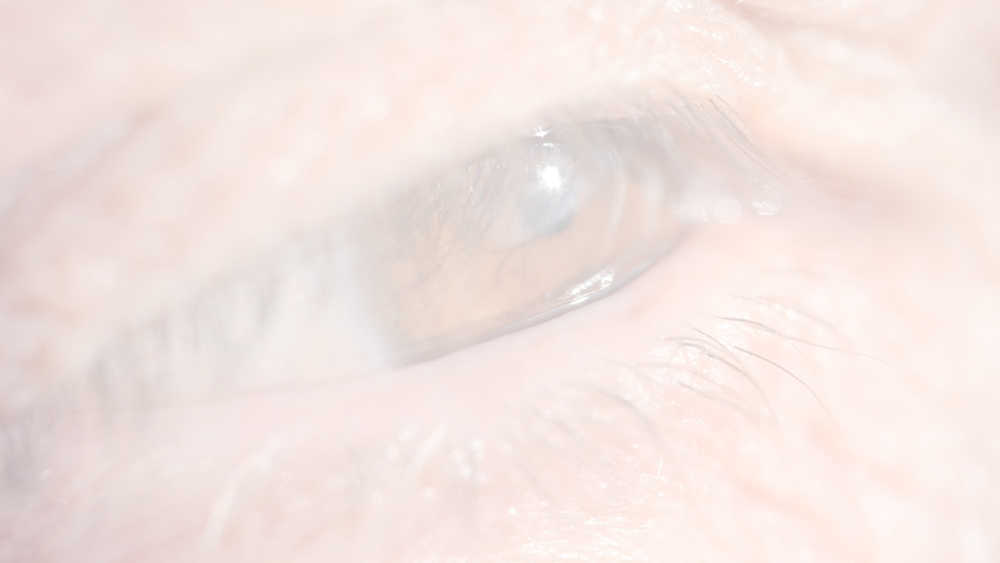 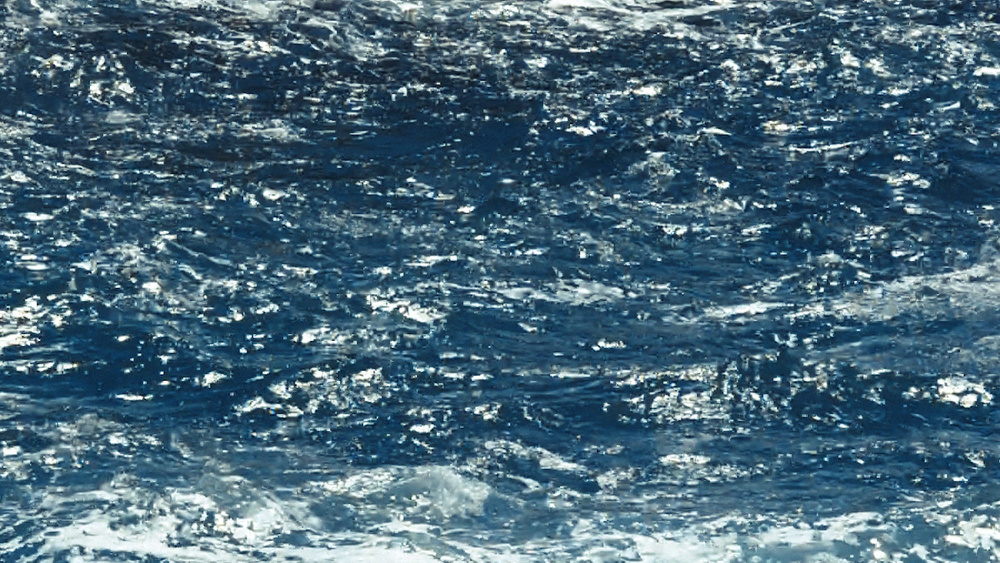 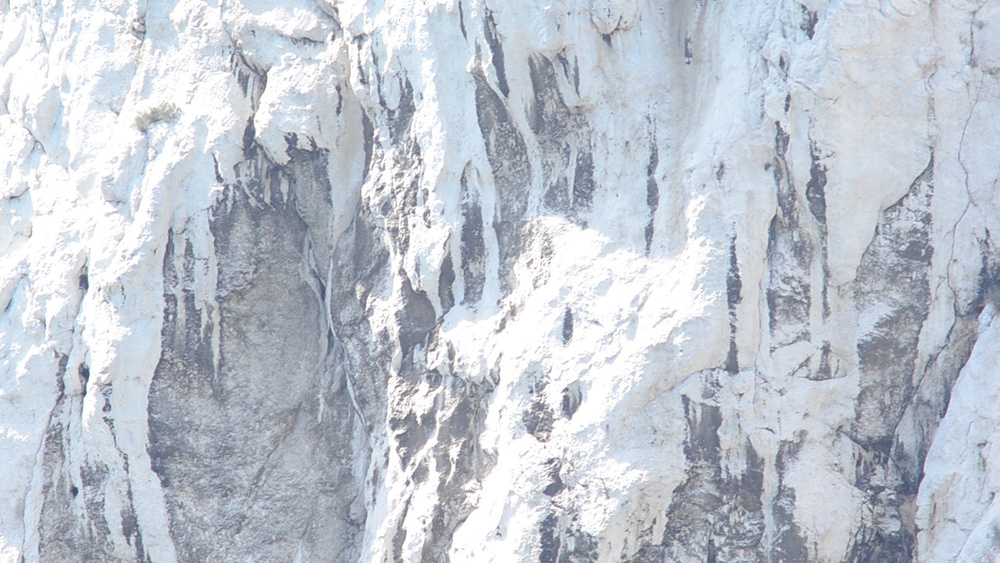 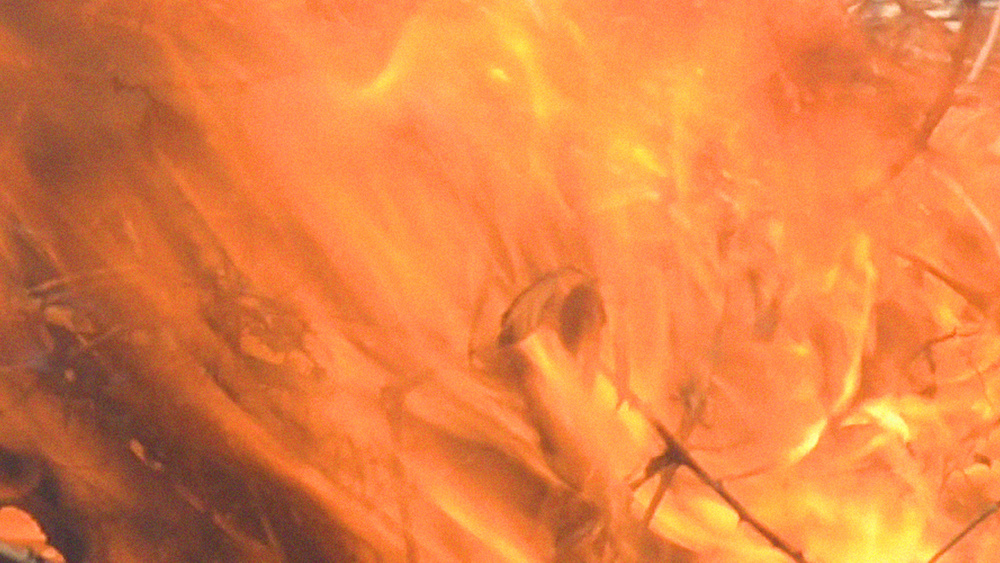 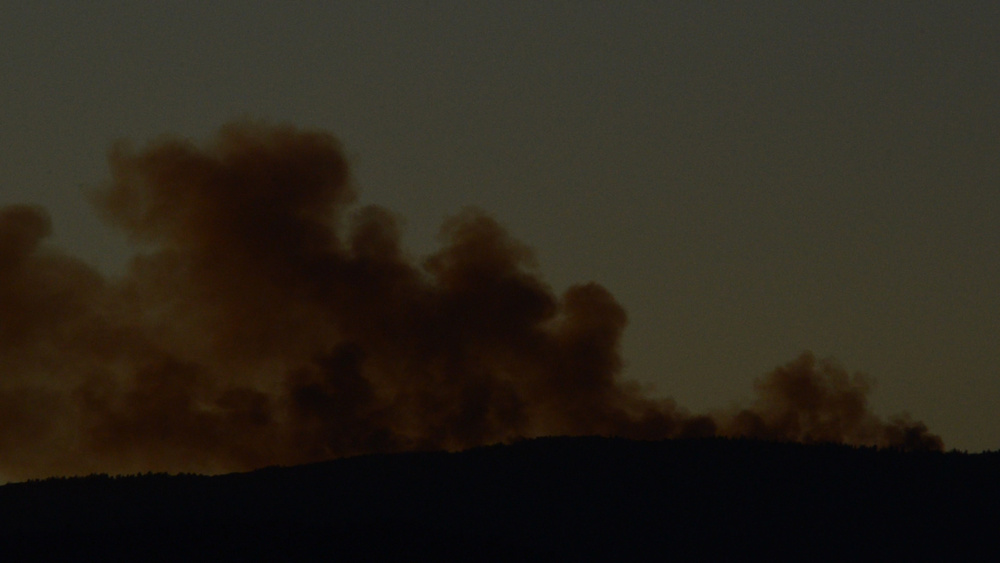 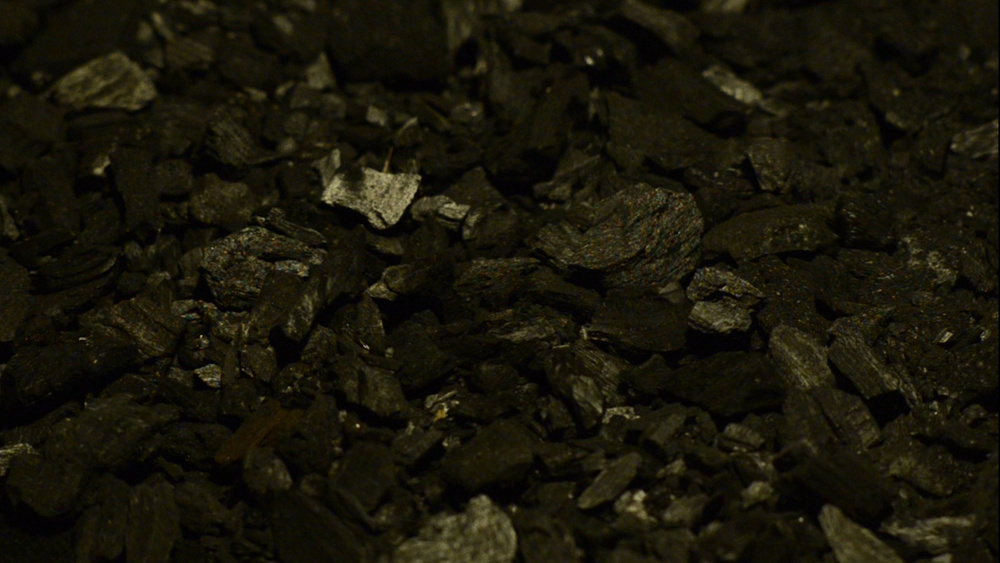 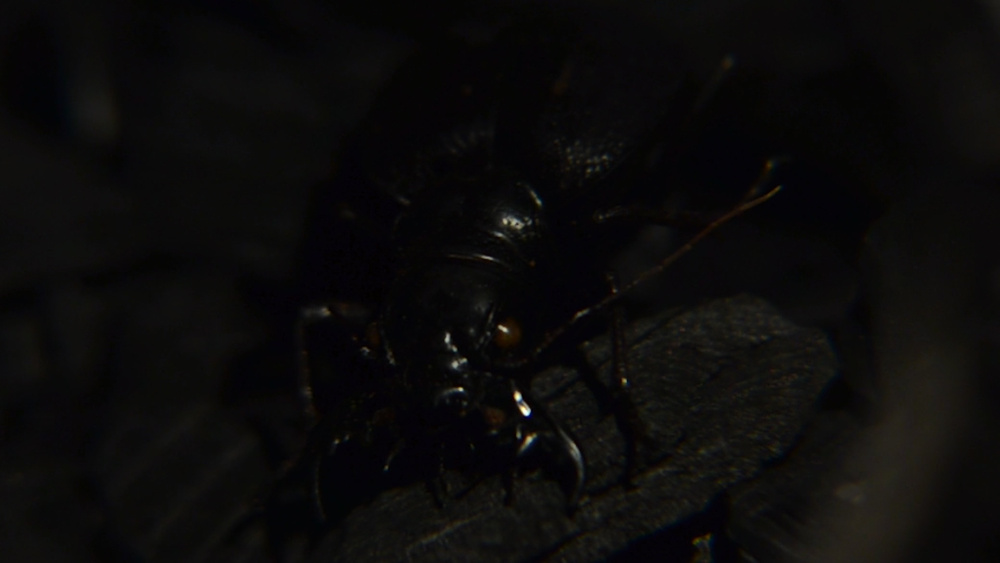 Through photographic series—varying from a few pictures to longer narratives—and through short videos, my work unfolds in phantasmagoric stories or tales, dwelling on imaginary and hypothetical realities. This can range from the depiction of a rare breed of electric birds, vision of an unbound and raw energy, to darker perspectives, where the forgotten animals of ancient cave paintings slowly grow alive, under the gaze of a black sun.

Although writing is an important part of my practice, there are not a lot of words in my visual work, so to speak. I enjoy, rather, the elusive and suggestive quality of the photographic medium. Its silence and its muteness. The research of the material, tactile quality of a photographic image is also an important aspect of my practice, that I am seeking through different printing techniques. Starting with poetic drifting, with readings or with a personal experience, my working method is later strengthened by theoretical research—all eventually merging and turning into a singular, fantasized interpretation.

At the moment, my long-standing interest for notions of sacredness, of the hidden and forbidden, is combining with another strong underlying concern feeding my work more and more urgently: the destruction of the world as we know it, and its slow disappearance.

Eye of the world, hovering in the center and holding us in his power, the sun burns the land in his final rays of light. Wounded mirror of our madness and of our destructions, he sings his last song.

It is a song of anger and sadness. A song of burning light and growing darkness, of glowing rocks and melted sea. Of blazing embers, of fading ashes.

It is a song of anger and sadness. A song of destruction, a song of liberation.

It is a song for the dying land. Sung—until both the sun and the land he mourns return to silence.

The project is comprised of a 9 minute video and of a large etched brass panel.

‘Apocalypse’. We commonly use the word, but to what does it refer exactly? Through my research, I place it in the larger context of eschatology, and clarify its specificities: it is in fact an eschatology that is part of a new relationship to history, born with Judeo-Christianity. From a cyclical time, we shift to a linear one, and to a single end of times. More precisely, the apocalypse is a literary genre that answers to precise codes, and brought hope in times of oppression for Jewish and Christian communities. And, although apocalyptic texts lost their importance during the 3rd century, the idea of a linear time and of a unique end stayed profoundly embedded in western culture.

From this point, I arbitrarily chose to focus on the relationship between apocalyptic rhetoric and economic theories. Indeed, it seems that economic thinking has nowadays a dominating position—wouldn’t it be illuminating to consider its connections with a tradition that we tend to forget, but that is still deeply rooted in our thinking? Starting with the Malthusian theories from the end of the 18th century, passing through Marxism, to Fukuyama’s concept of the end of history, it seems that it is in fact all our economic thinking that is marked by the Judeo-Christian conception of history and end of times, translated notably in the idea of progress.

But each one of these theories is in fact marked by its own era and context and seems to be a construction. It is then interesting to look at the critics of this idea of progress that try to confront it to its own limitations and bias. And we seem to be actually witnessing these limitations today, with the systematic destruction of our environment and its continuing dynamics and causes.

Faced with such a dramatic situation, the apocalyptic rhetoric seems to impose itself. Already, some ecological movements use it, although not openly. This is the case for example with the collapsologists movement in France. But waving the image of the apocalypse as they do is only disempowering: it is in fact a weak-willed expectation of the “coming world”. Shouldn’t we then invent a “naked” apocalypse, an apocalypse wi- thout an after world, as wished by Gunther Anders, although in the different context of the nuclear threat, who deliberately stirred the specter of fear to alert and to act? This obviously poses ethical problems, to which Hans Jonas tried to respond with his heuristic of fear: it is not a question of considering the end as certain, but of thinking the catastrophe as an inevitable possibility, precisely in order to avoid it. For Hans Jonas, it is therefore in the field of imagination that the apocalyptic images takes on its meaning. By doing so, he also underlines the roles of artistic creation.

In fact, artistic creation is used today in different ways to support the scenarios mo- deled in the context of climate change research. But don’t these artworks, although eminently necessary, also lack a hint of necessary irrationality, in the face of comple- tely irrational dynamics? By focusing on three examples, La Mort de La Terre, Take Shelter and Stalker, I underline the importance, in my opinion, of irrationality and poetry towards the path of a new relationship to the world, and where lies, perhaps, the ethics of the apocalyptic rhetoric.