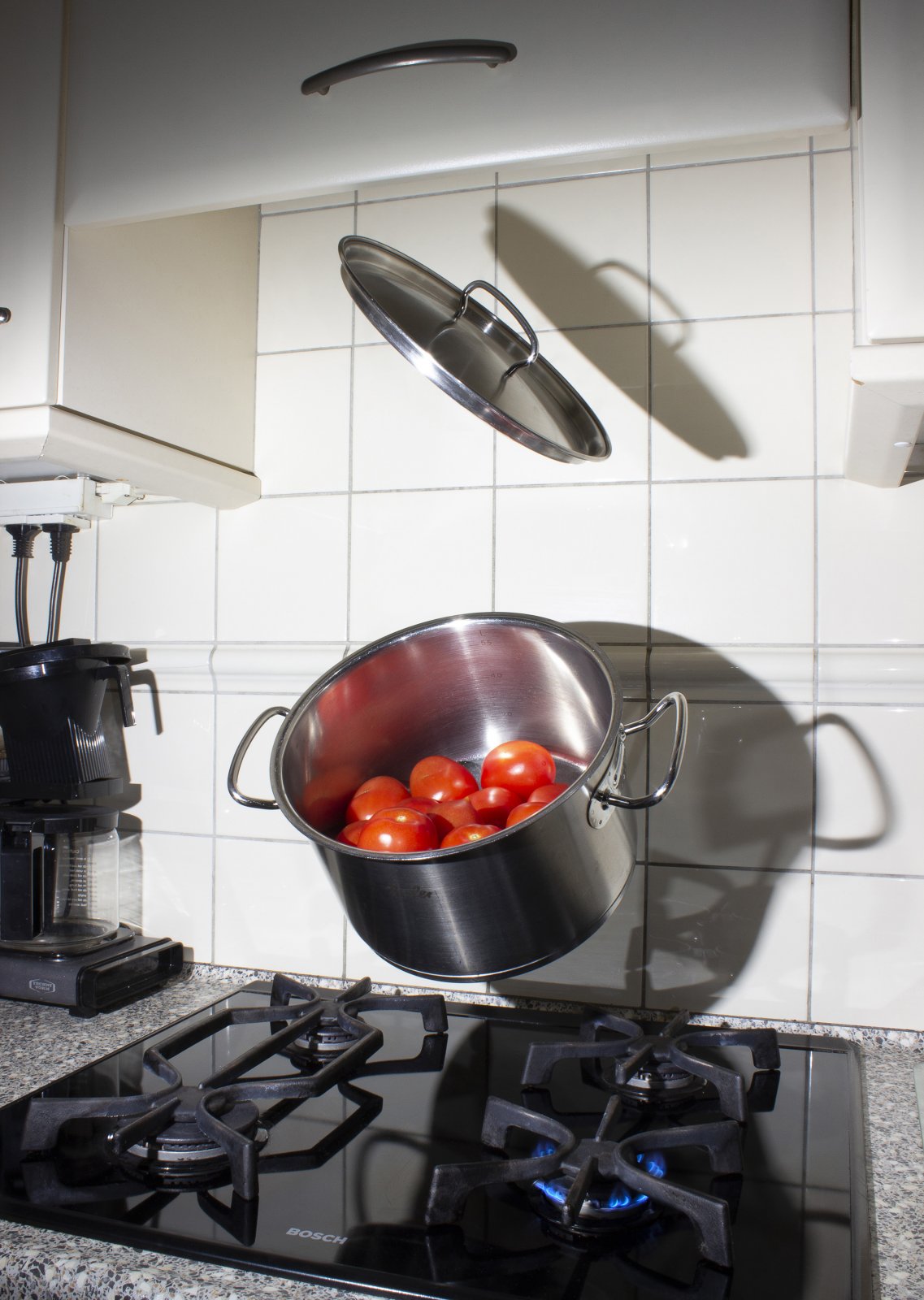 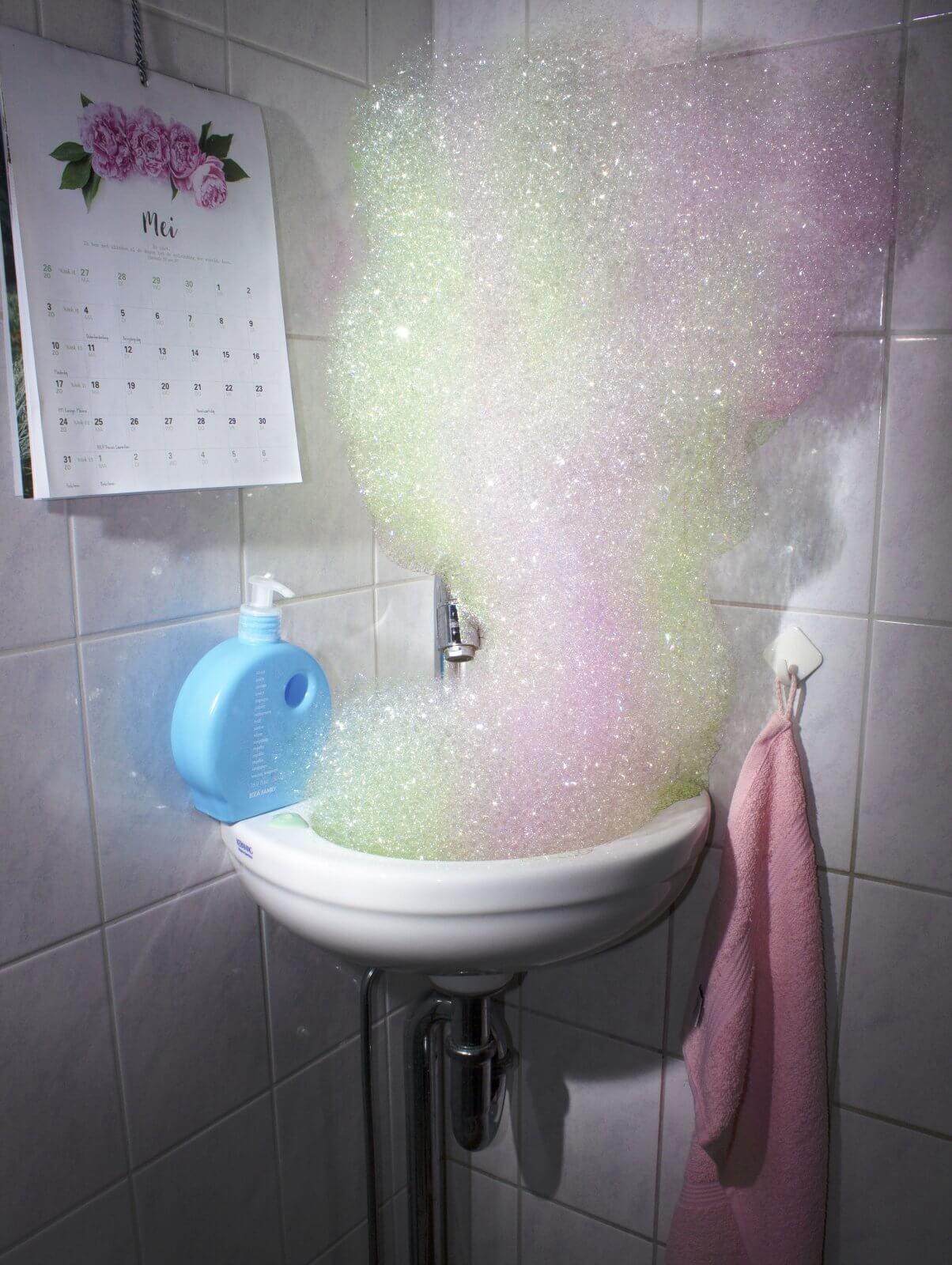 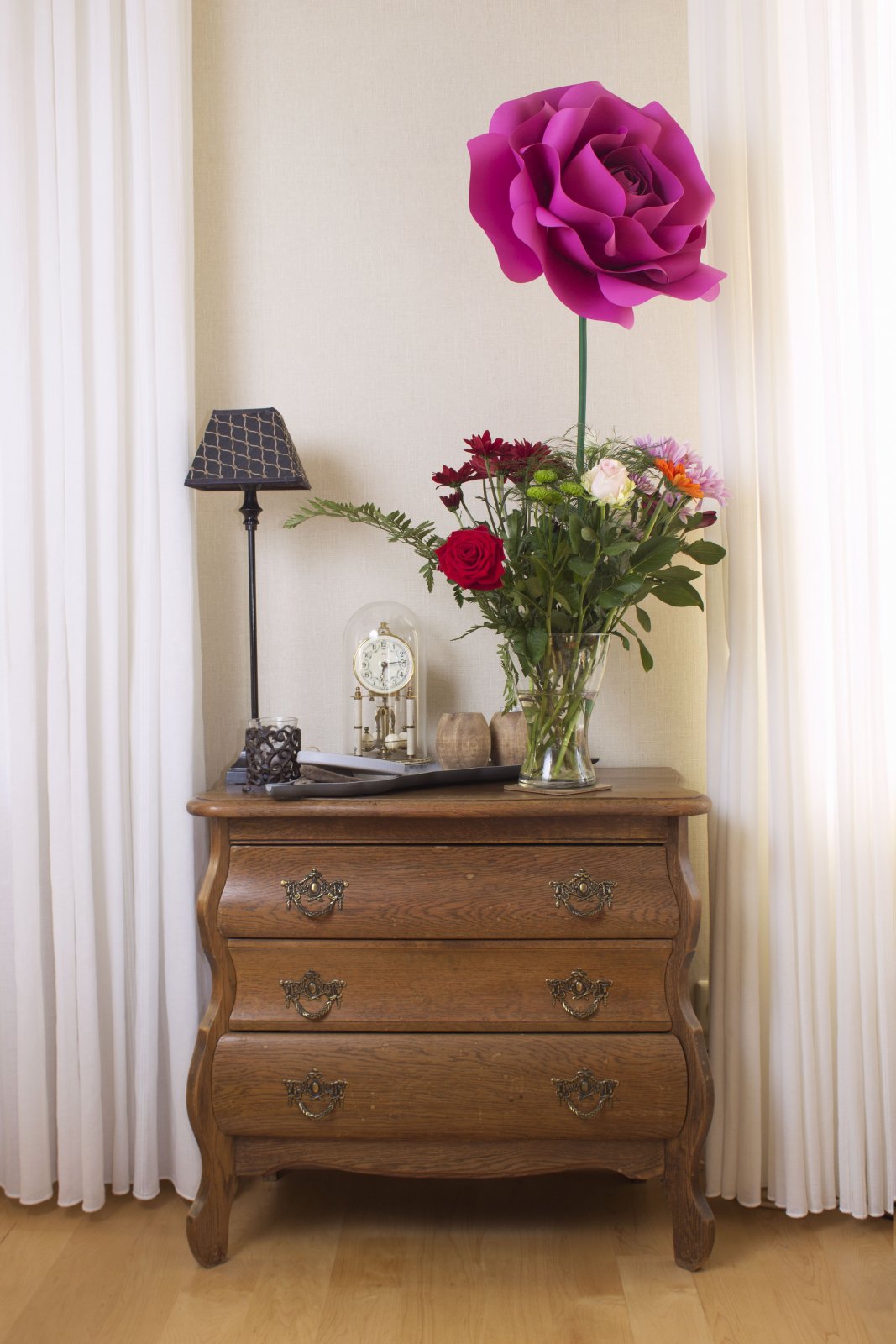 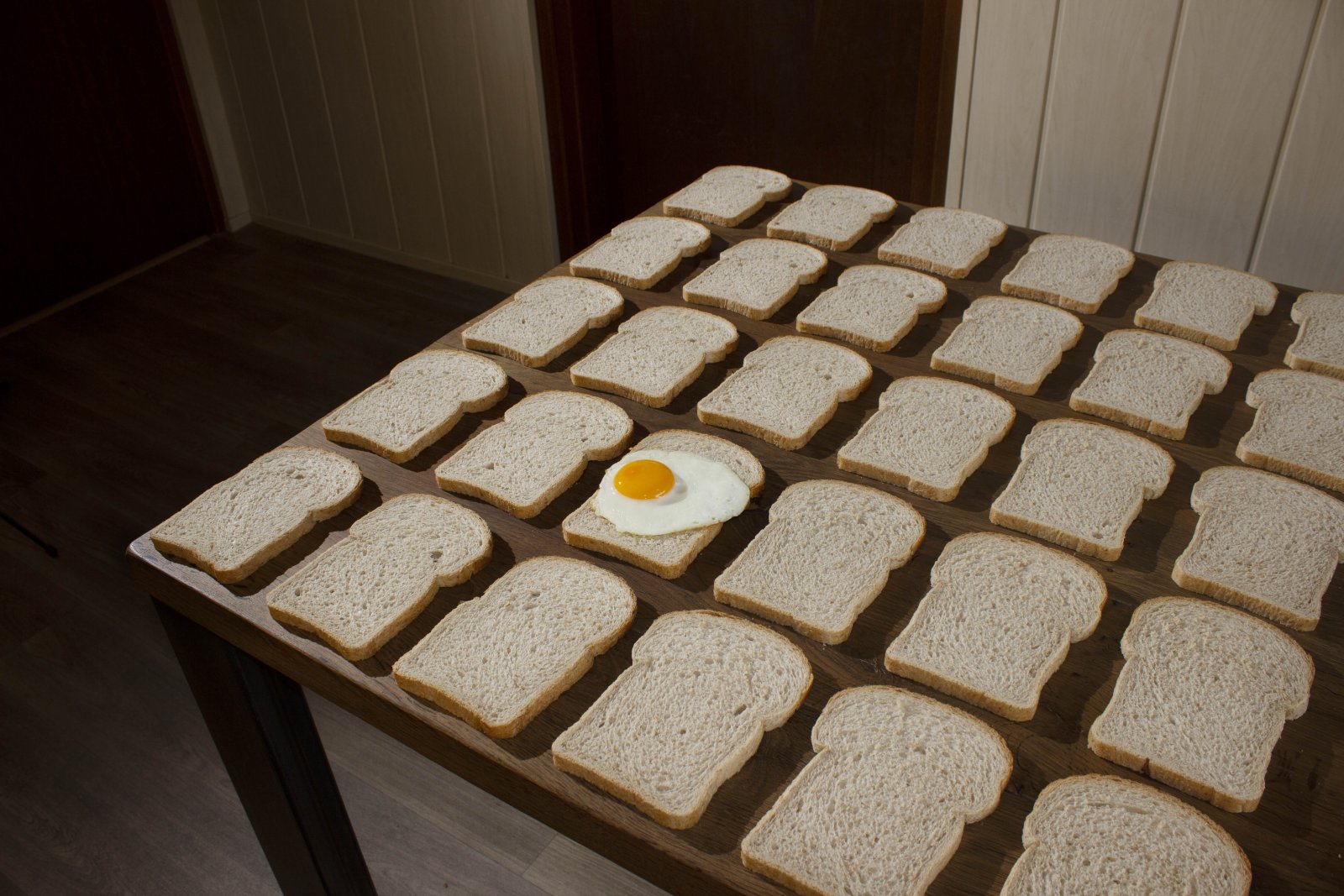 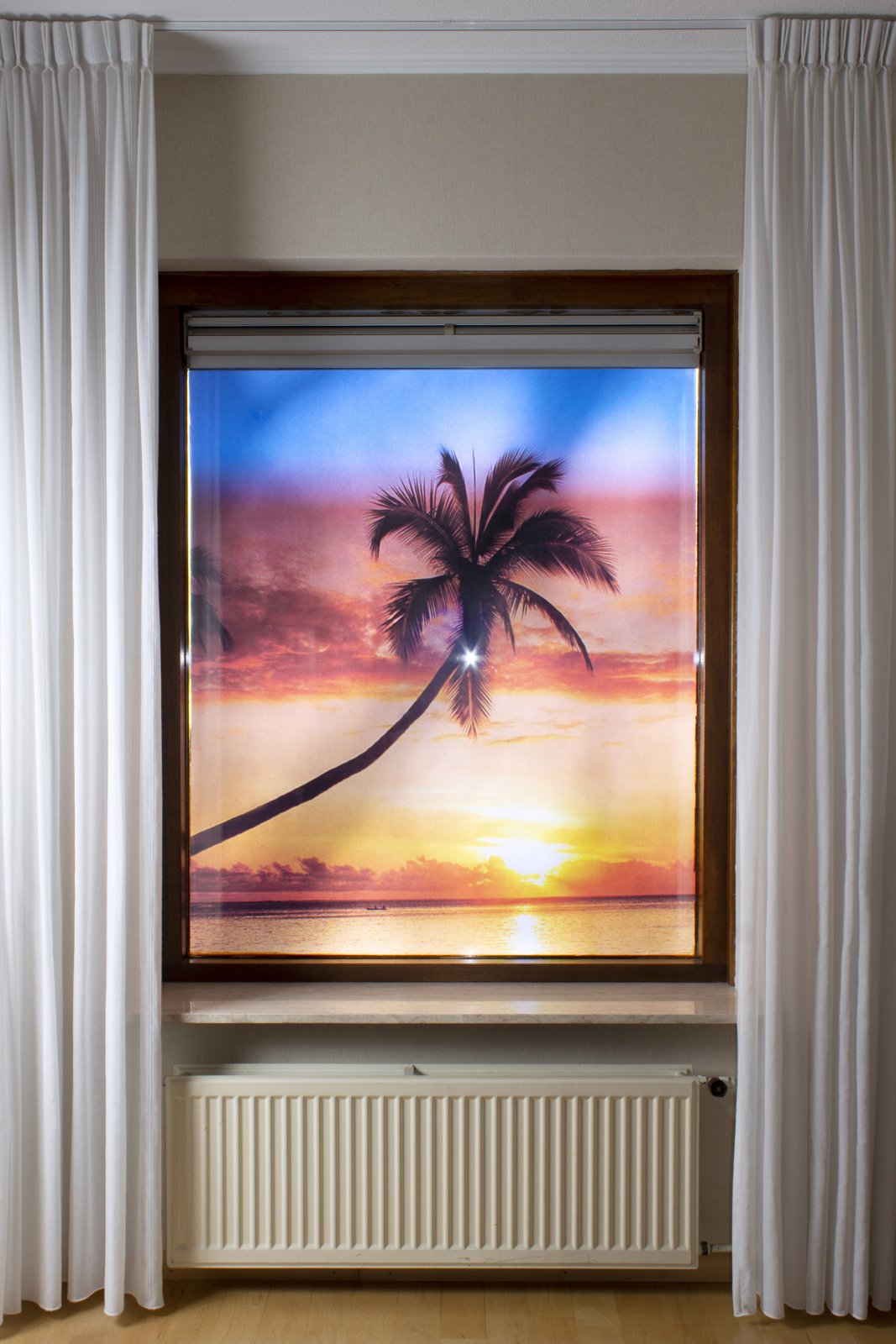 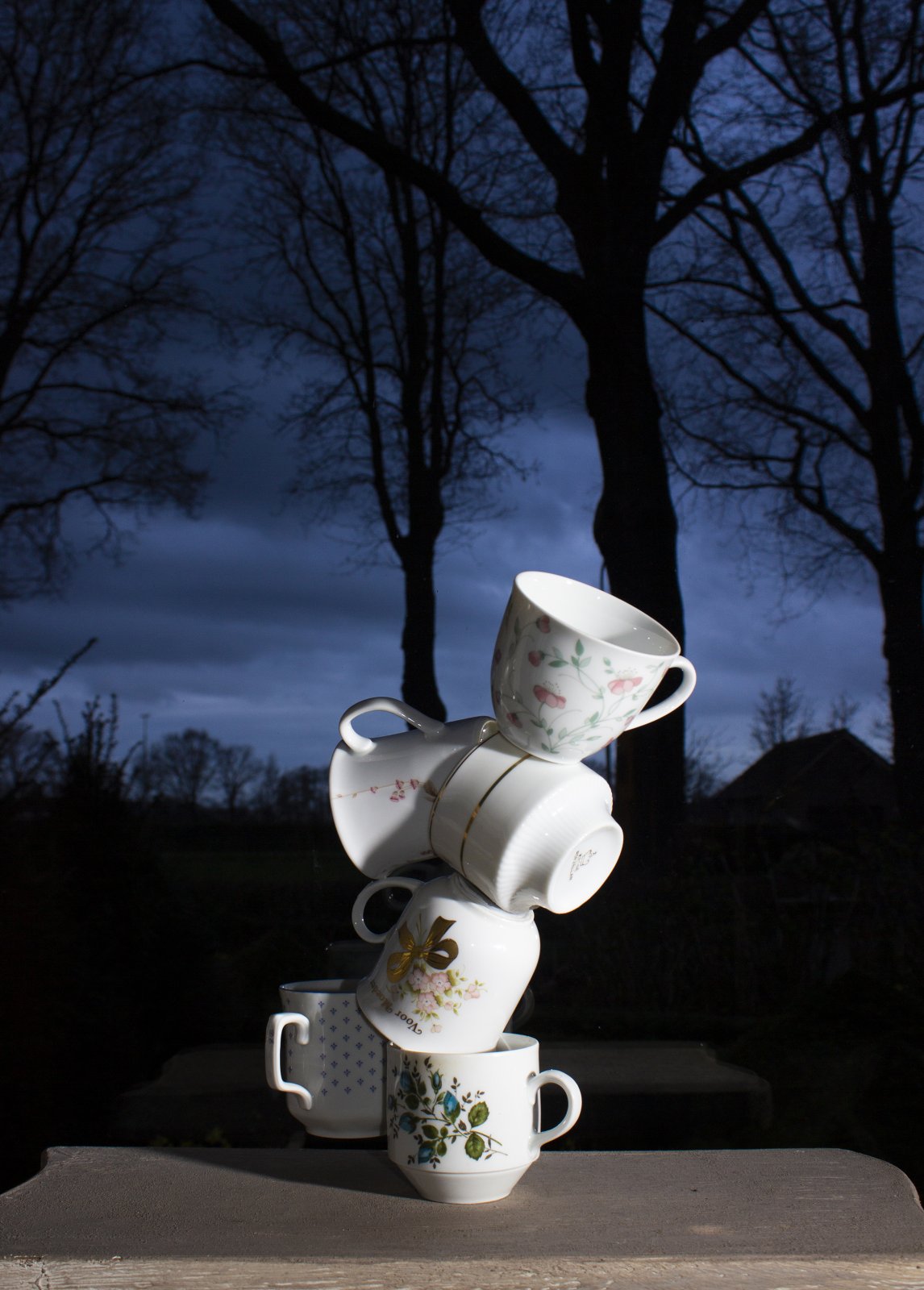 Normal is overlooked. It is just so normal. That is triggering. In my work, I make the daily life remarkable. I show the extraordinary in contrast to the ordinary. In my work I exaggerate, get things out of context, add unusual elements. I start with a recognizable image. From there, I build up to a scene which you will never encounter in real life. Searching for a new specialty in the standard.

In my photographic practice I construct images. I use my background in fashion & textile design and set design. As a maker I enjoy to use my hands. I make sculptures, glue things together, I craft. Sometimes, I work like a sculptor or designer. But in the end it is about the photograph. I build with an intention; with a deliberately chosen plan. The things I make, should be seen from a certain angle, with a particular lighting and from a definite distance.

Home, sweet home, is a familiar place. In the cream colored kitchen I learned to eat. The 32-years-old toilet exists longer than I do. Walking down the stairs still sounds the same. Being at this one place for a long time makes me wonder if marvels can happen. When the walls are closing in, I look for amusement. What happens when my imagination is released in the midst of homely scenes? Can childish fantasy finally become reality? I will not take the normal for granted. The unexpected is welcome.

Thesis
What is normal?

What is normal? That is an easy question, right? Normal is just normal. That word, everybody uses, everybody knows.

A brief investigation into the word reveals that an easy understanding may be debatable. The original Latin ‘normalis’ means “made according to a carpenter’s square.” Normal was a fact; exactly 90°. Usage in daily speech welcomed vagueness. ‘According to a rule’ became ‘according to an unwritten rule.’ This is not measurable at all. The meaning became unstable.

Our opinion on the normal, differs from person to person. It is dependent on countless personal factors like culture, beliefs, nurture, age and place. The normal is relevant only in the surroundings of the concerning individual. The individual and its context are not normal, the relationship between them creates normality.

According to the philosopher Foucault, normalization is a power tool. The individual is subjected to standards and norms. Hannah Arendt wrote that evil can reveal itself in the most normal person.

“I am normal” says Justin Bieber. By saying this, does it make him normal? He seems to be a normal person, with normal human habits. Though because he is famous, unwritten rules about normal are adjusted. Angry outbursts suddenly reveal how ‘normal’ he is. Eating ice cream is special enough to write an article about. It seems like a topsy turvy world, being a celebrity.

Ask 100 individuals to draw a bottle and similar bottles come out. Drawing databases show standard images we have in our minds. Dozens of tourists photograph the same location in the same manner. They see a collective image, already formed before they witness the sight in person. In stock photography, countless photographs cover same subjects in the same way. The collectiveness is the only reason to have this label of ‘normal’. Reality is a far cry.

Every chapter in this thesis starts with a normal starting point. Time after time, there is a switch and the normal turns out not to be as expected.