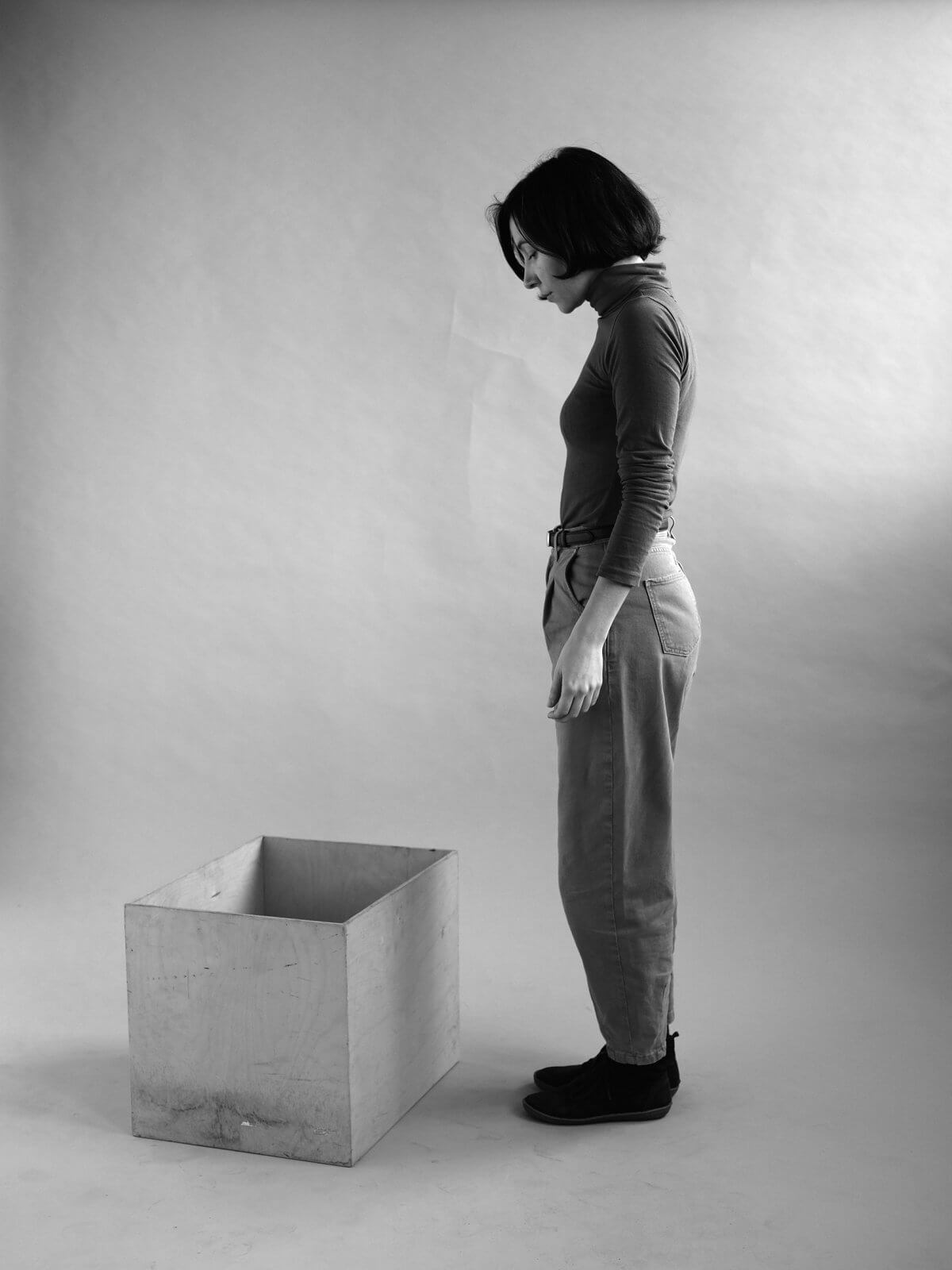 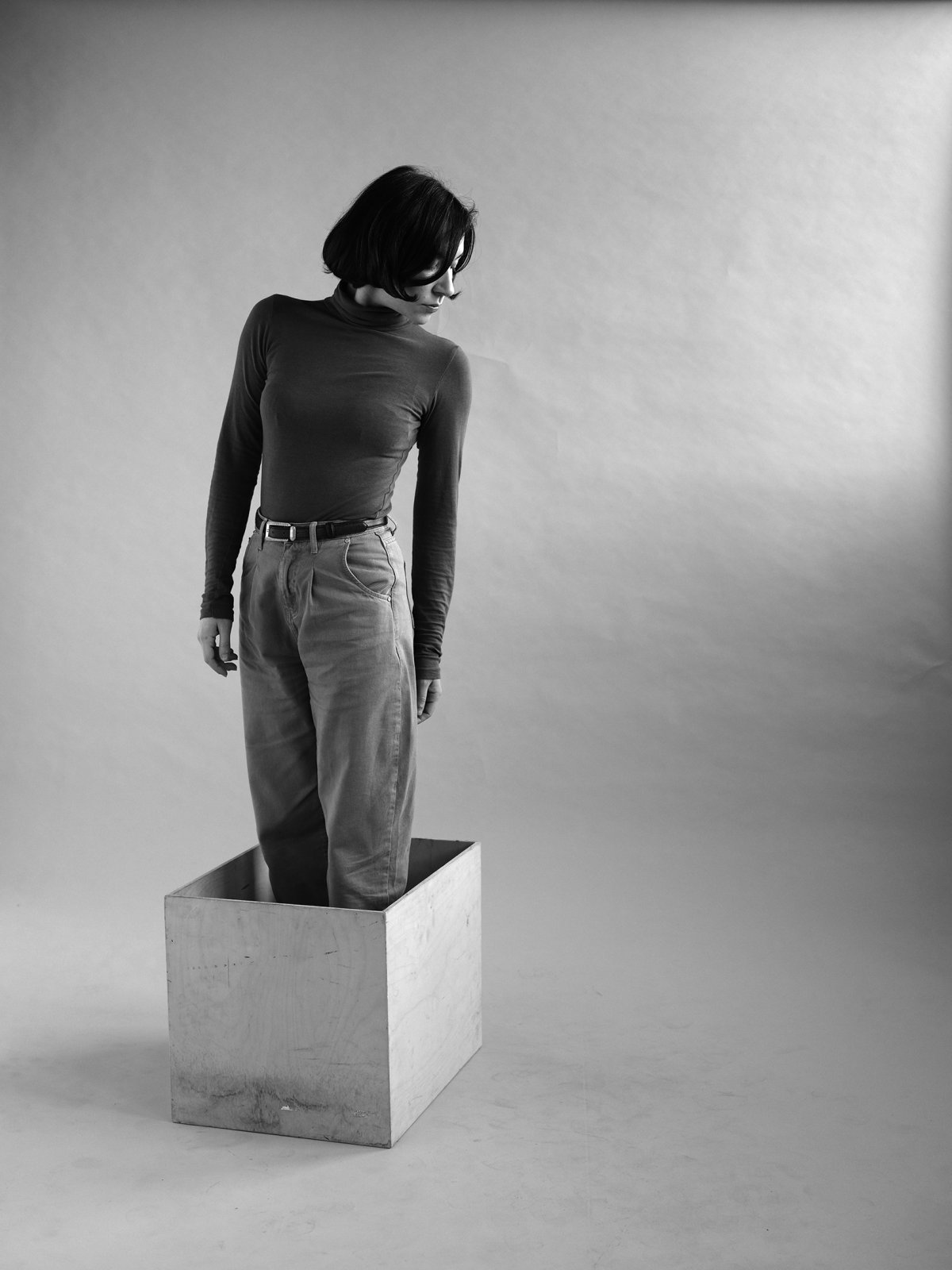 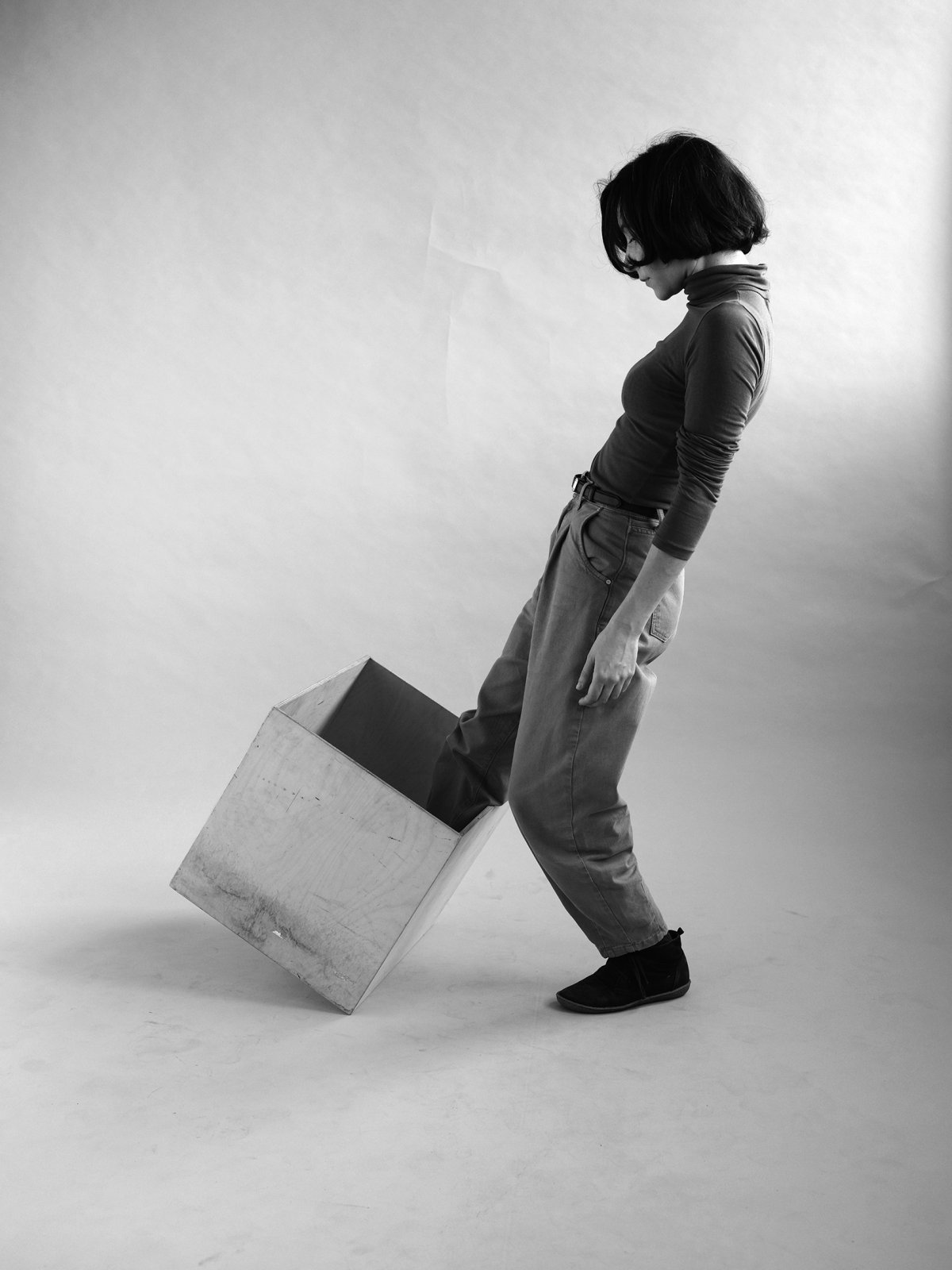 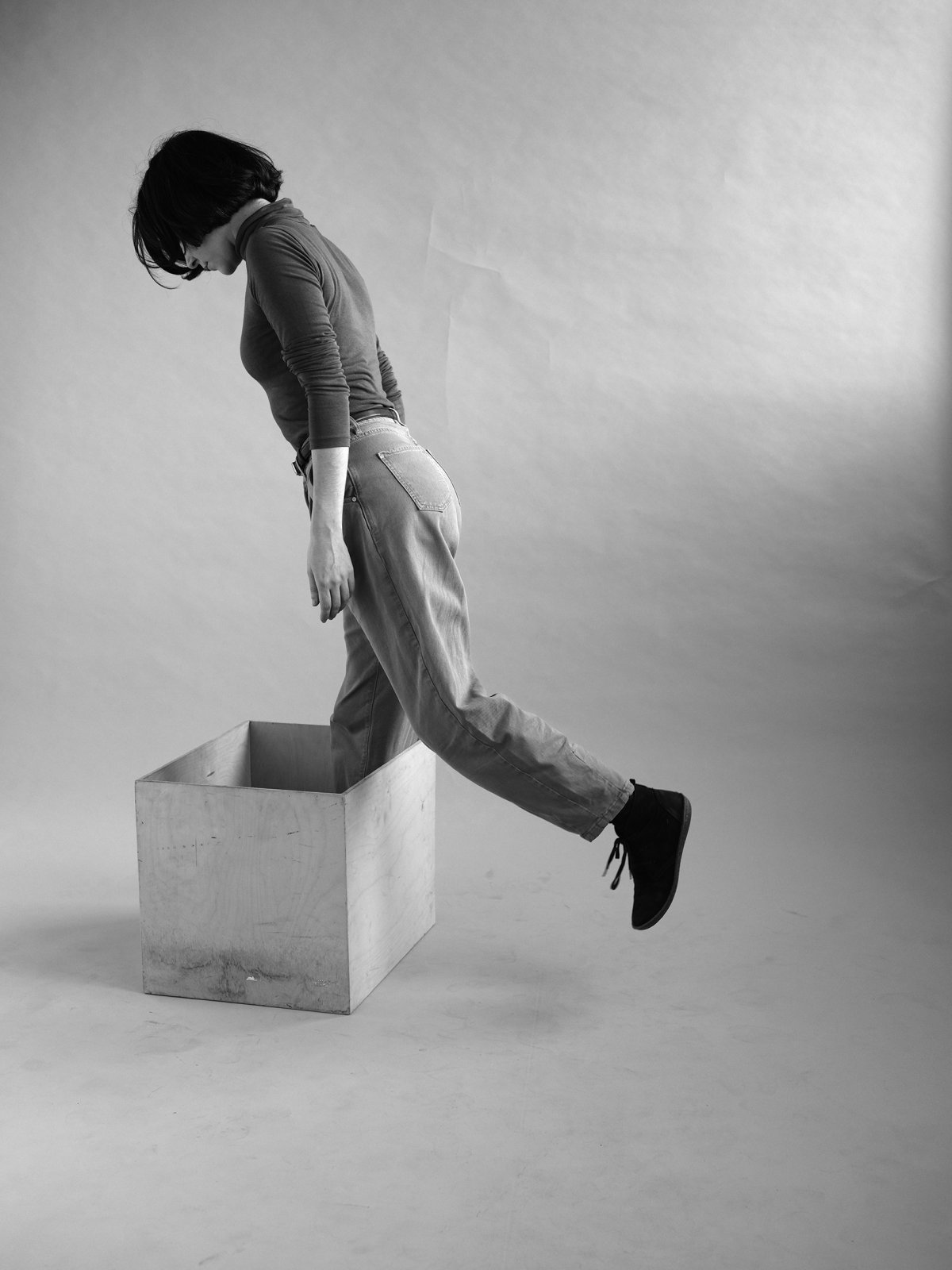 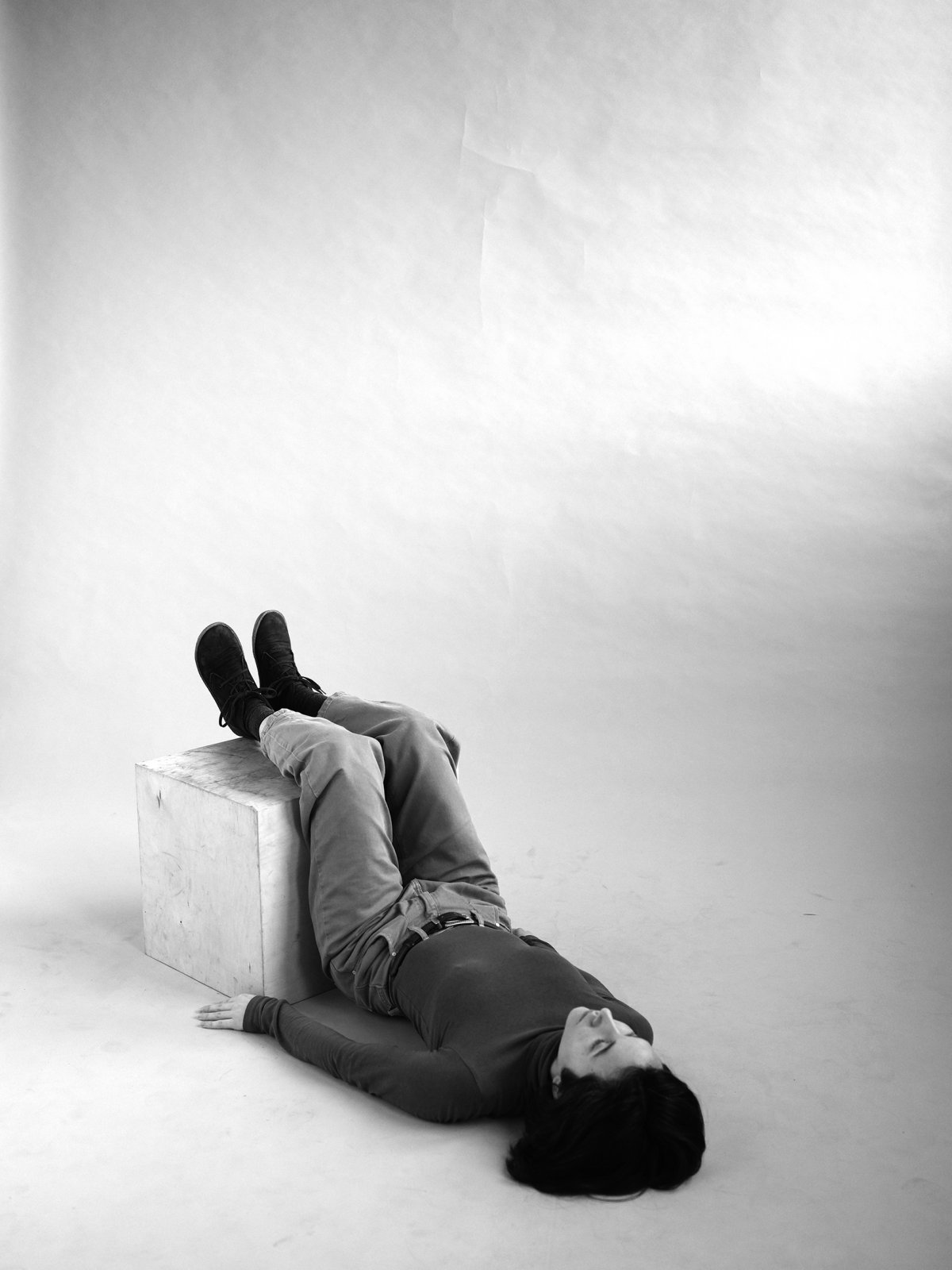 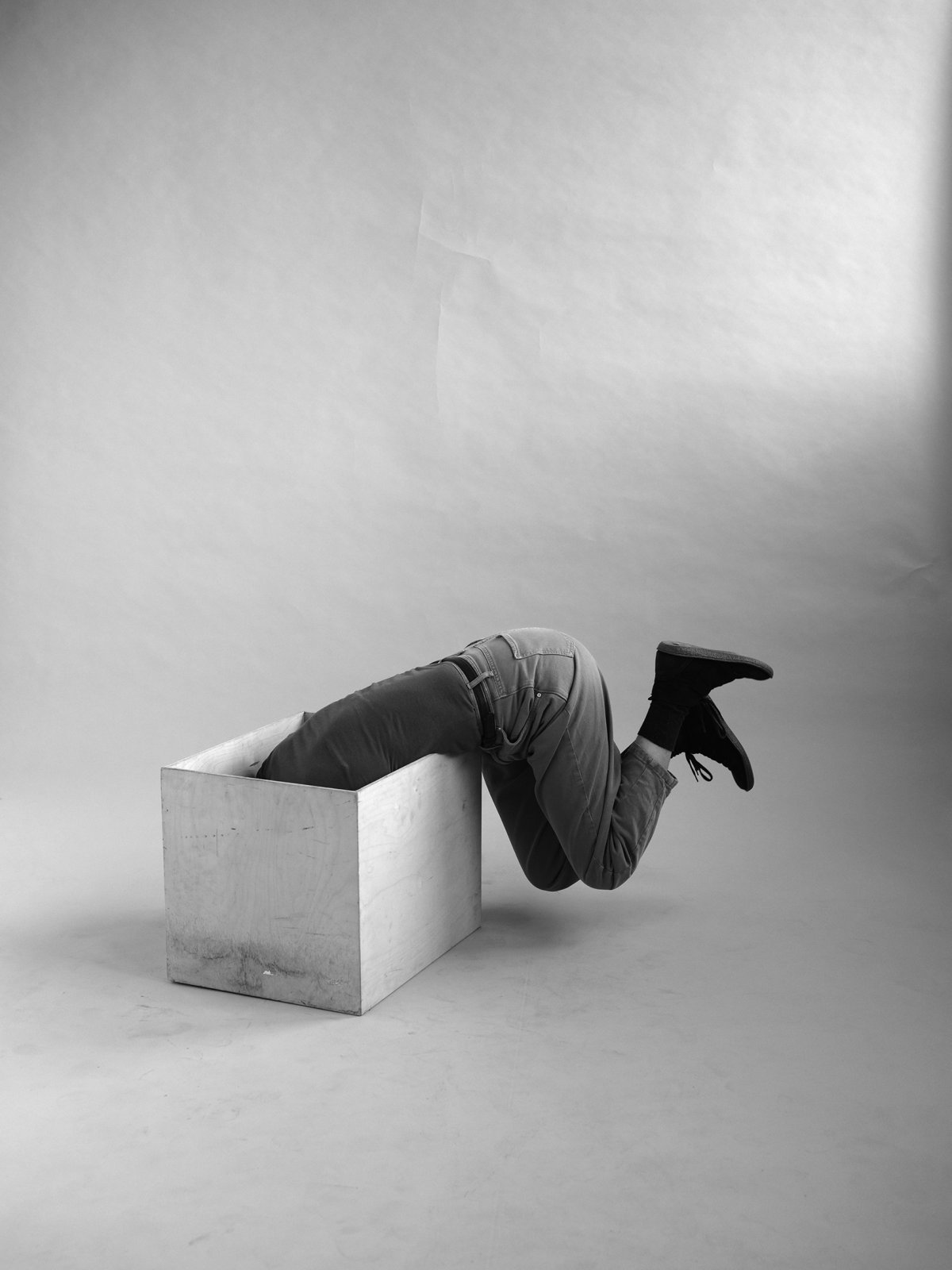 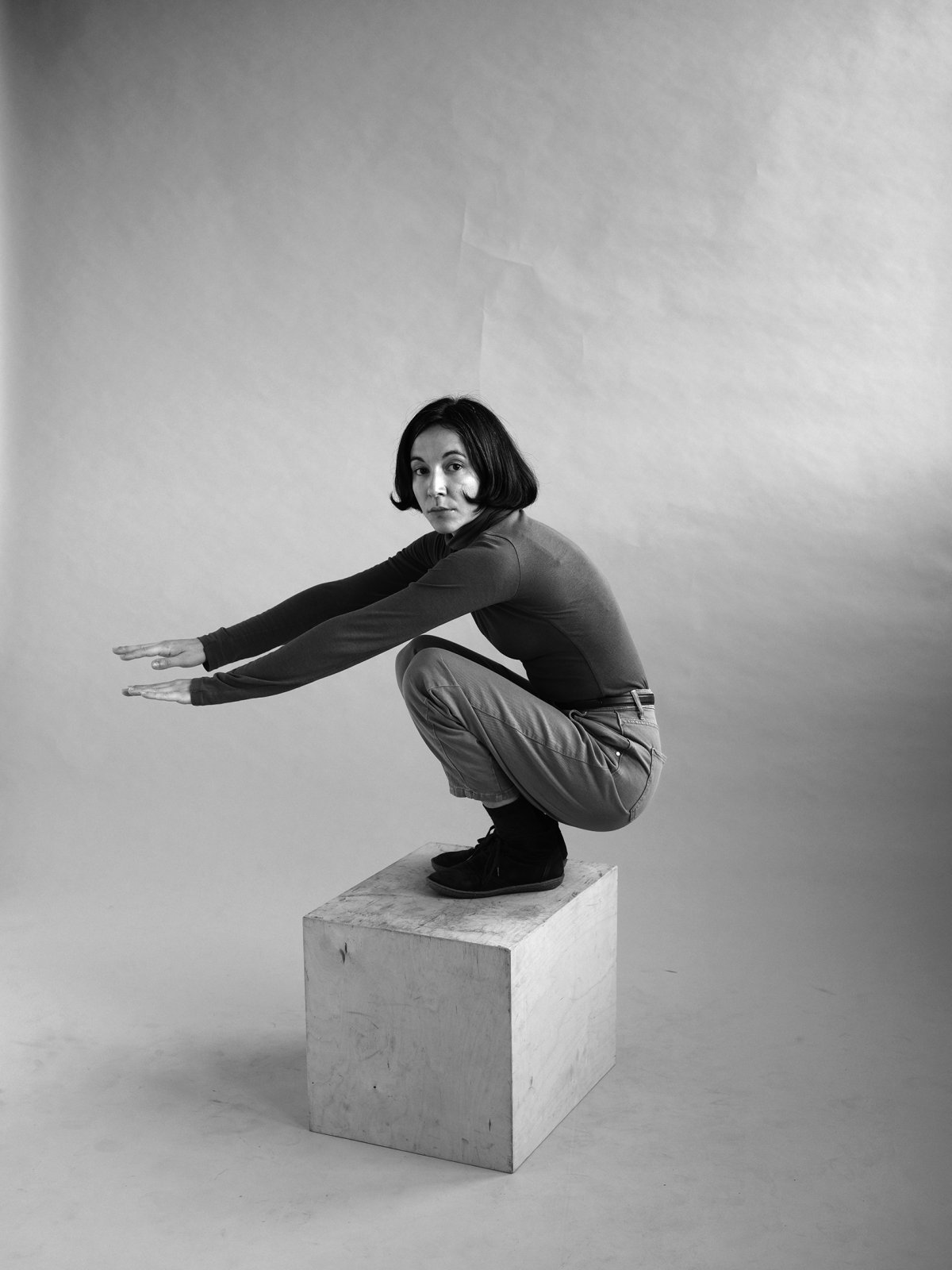 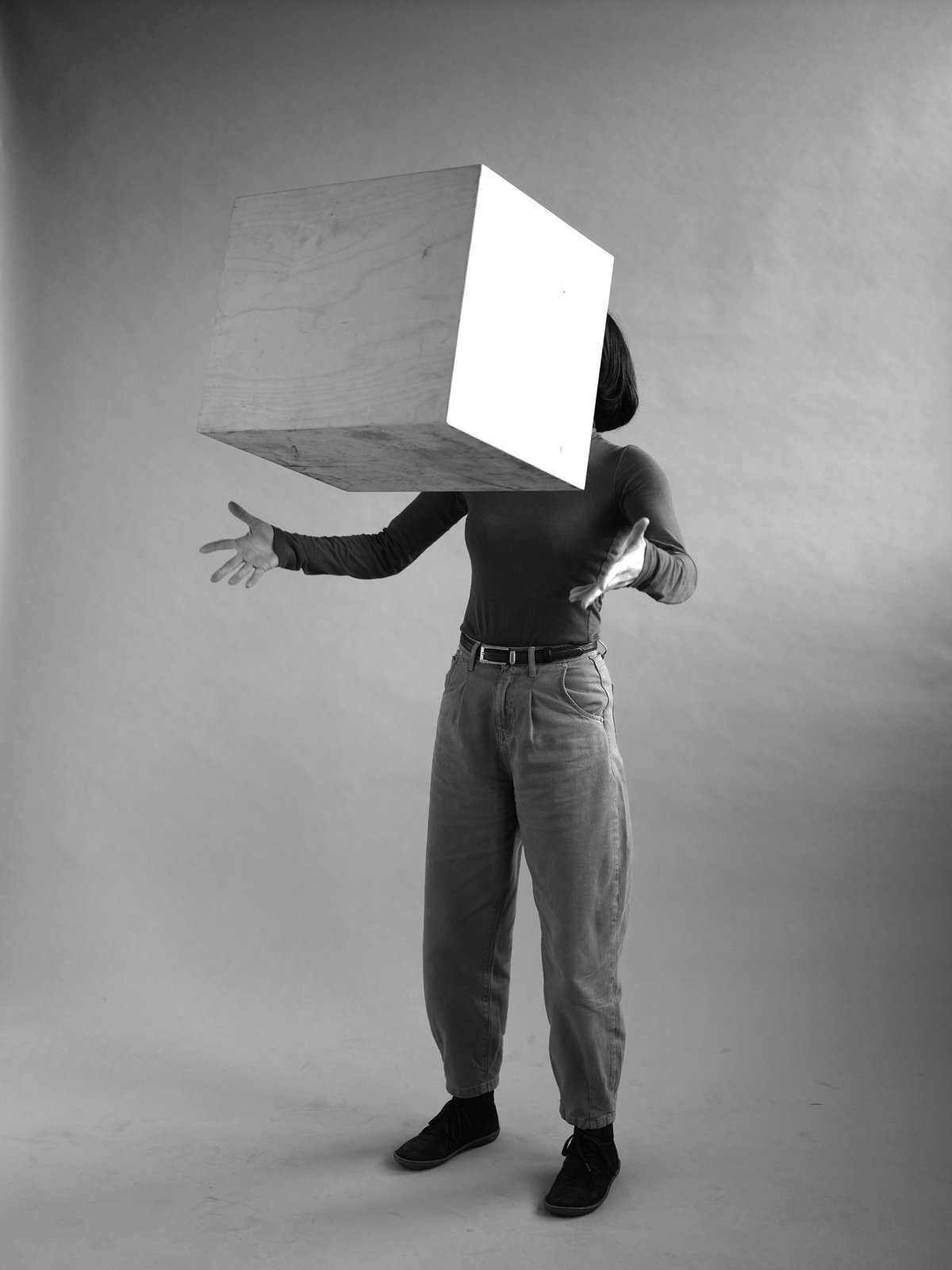 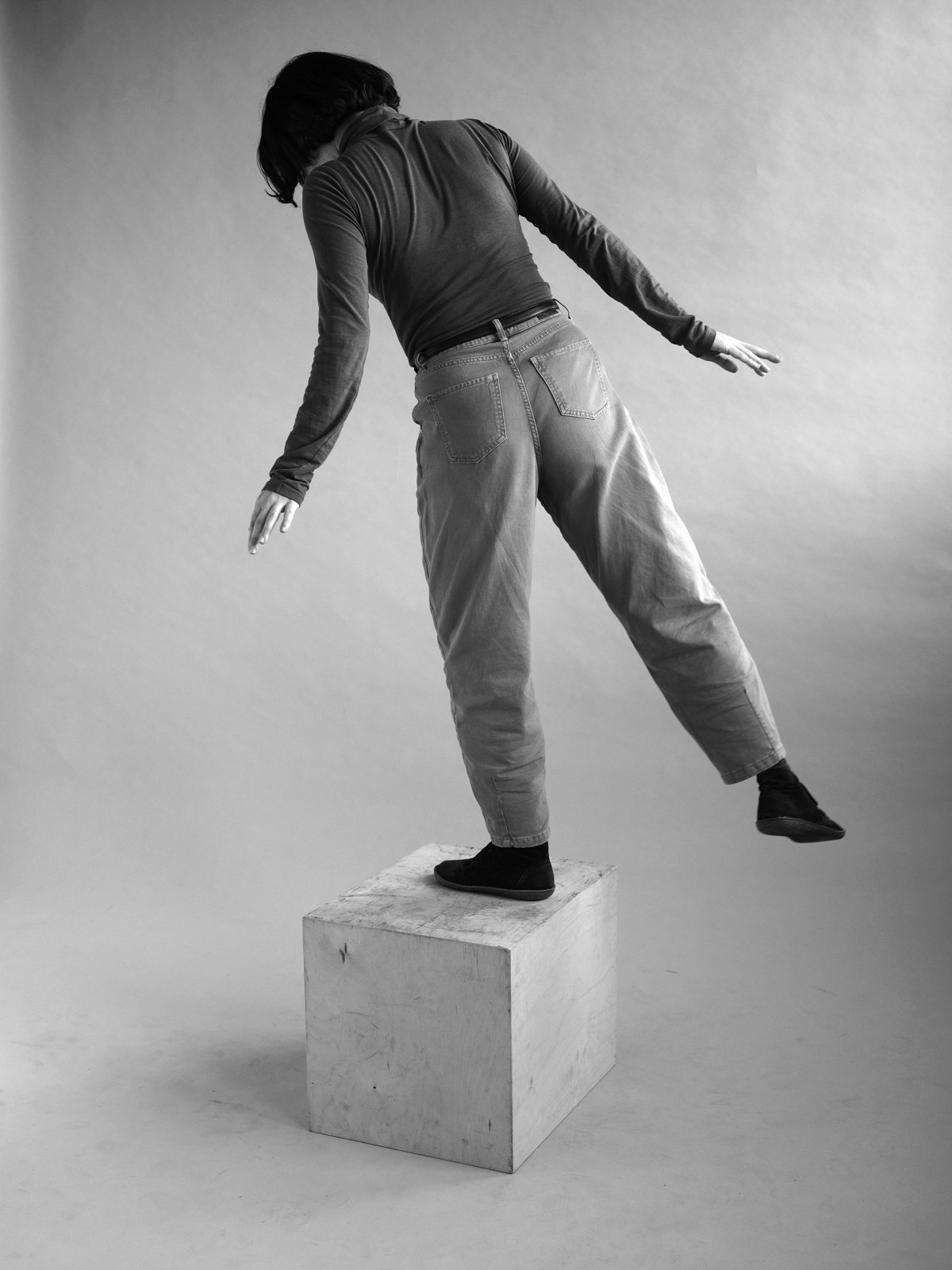 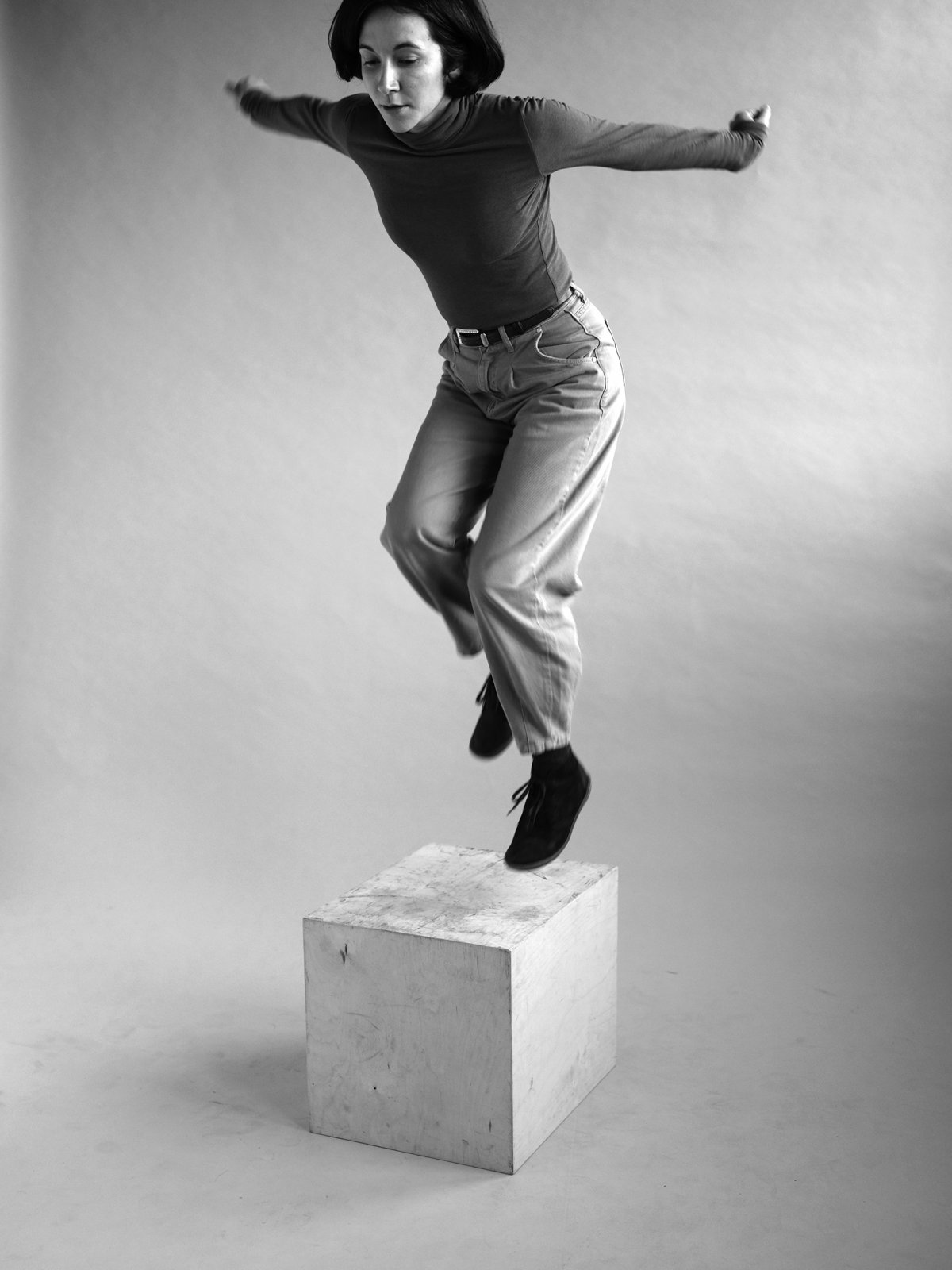 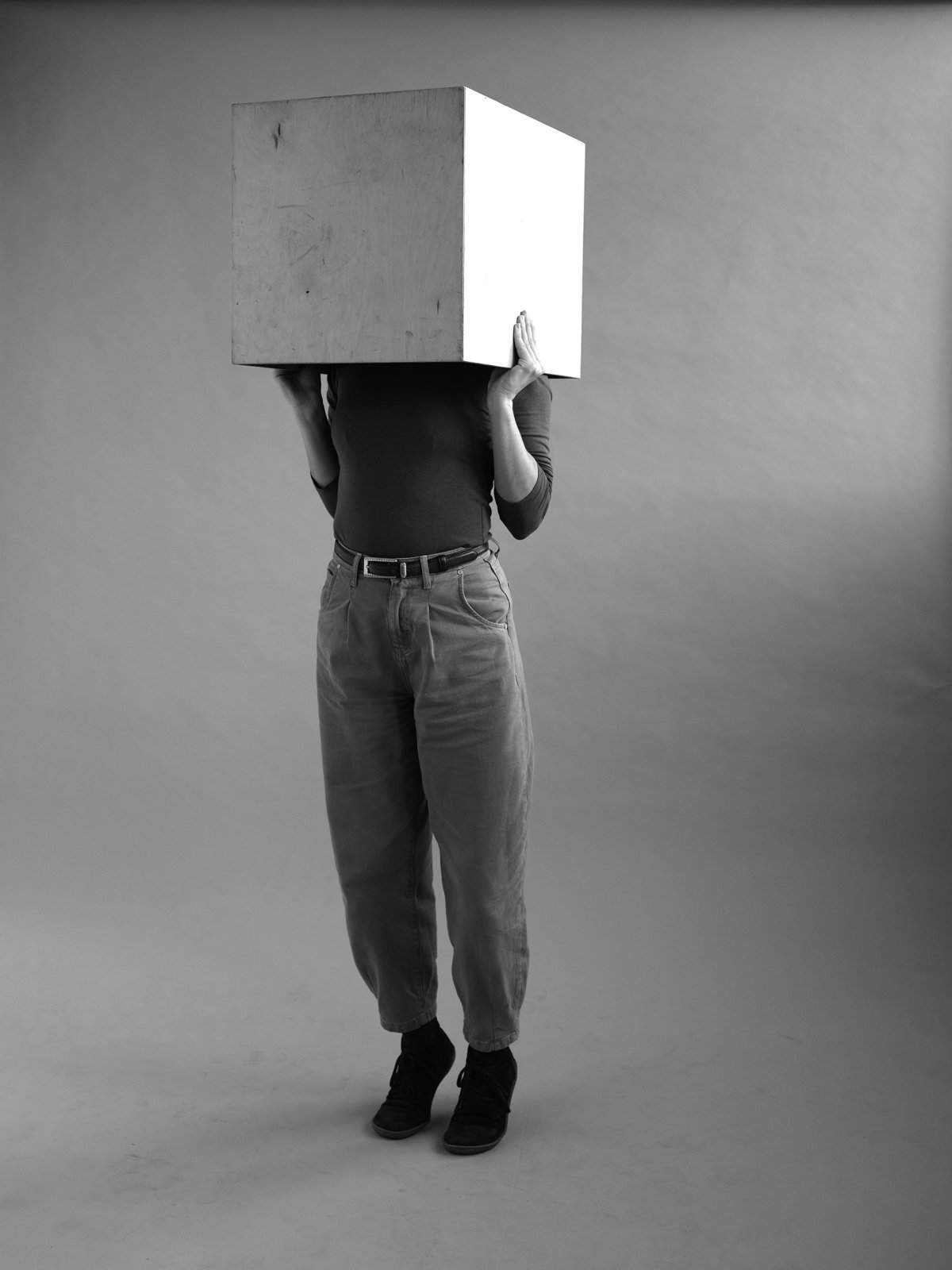 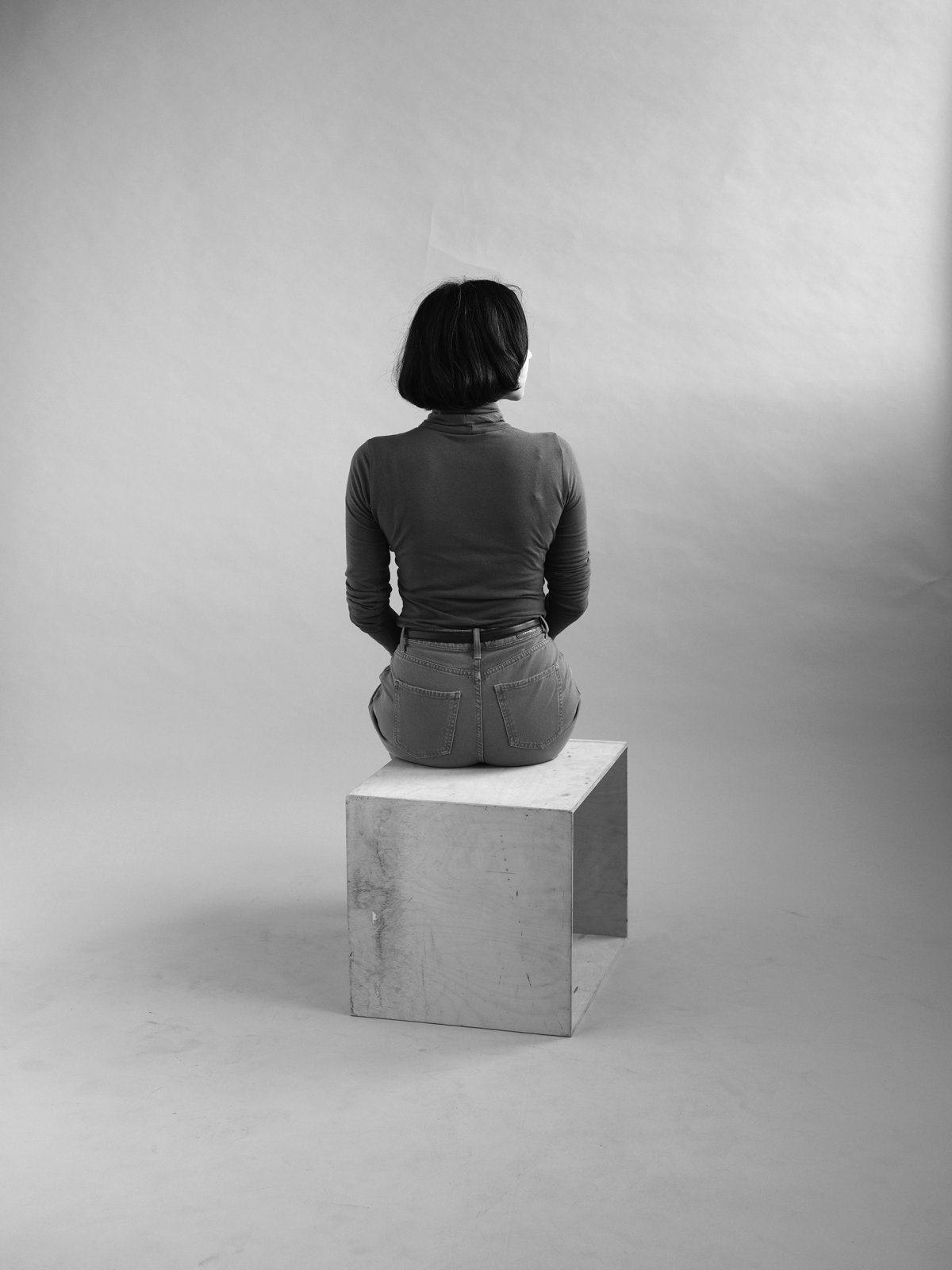 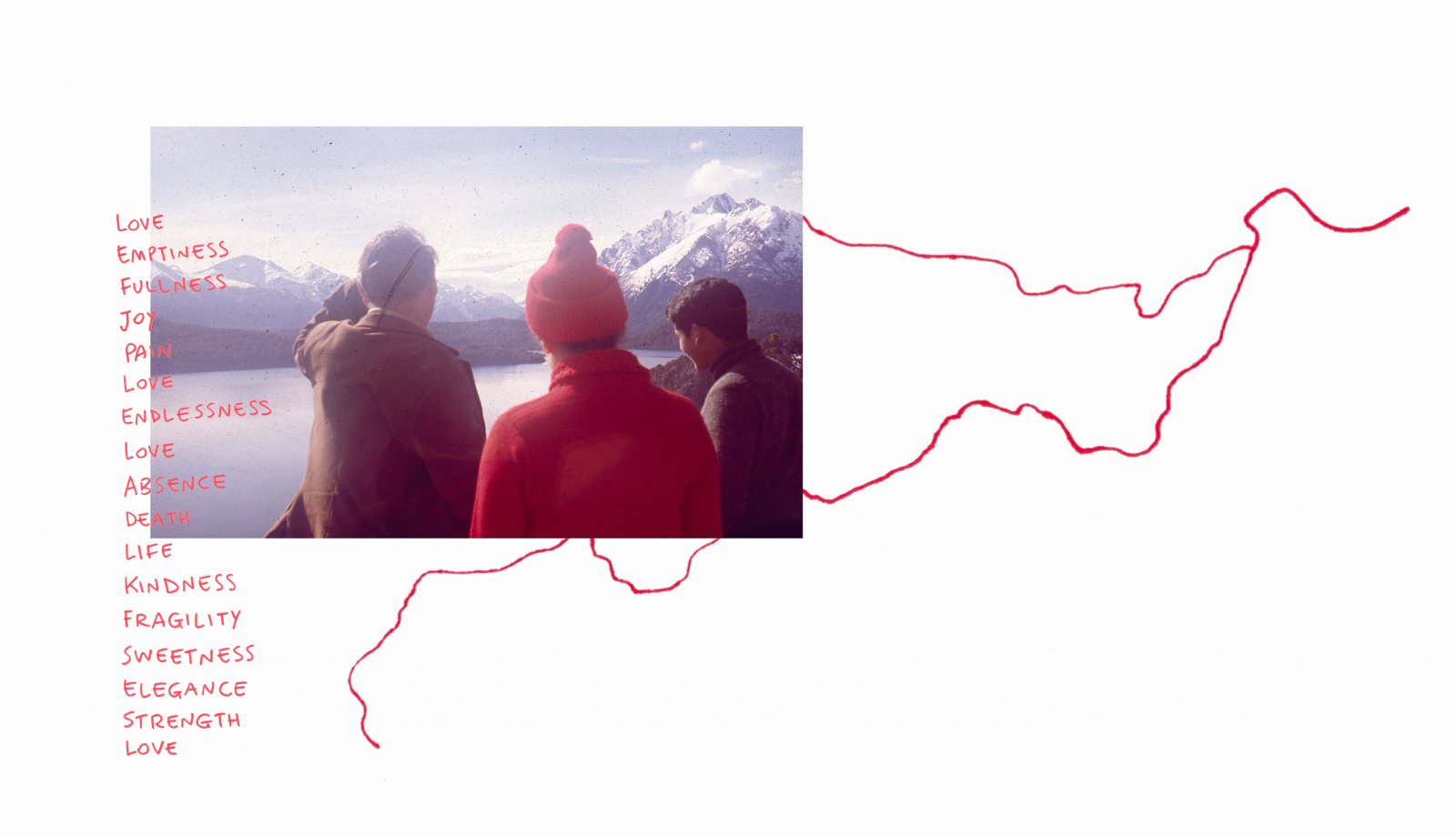 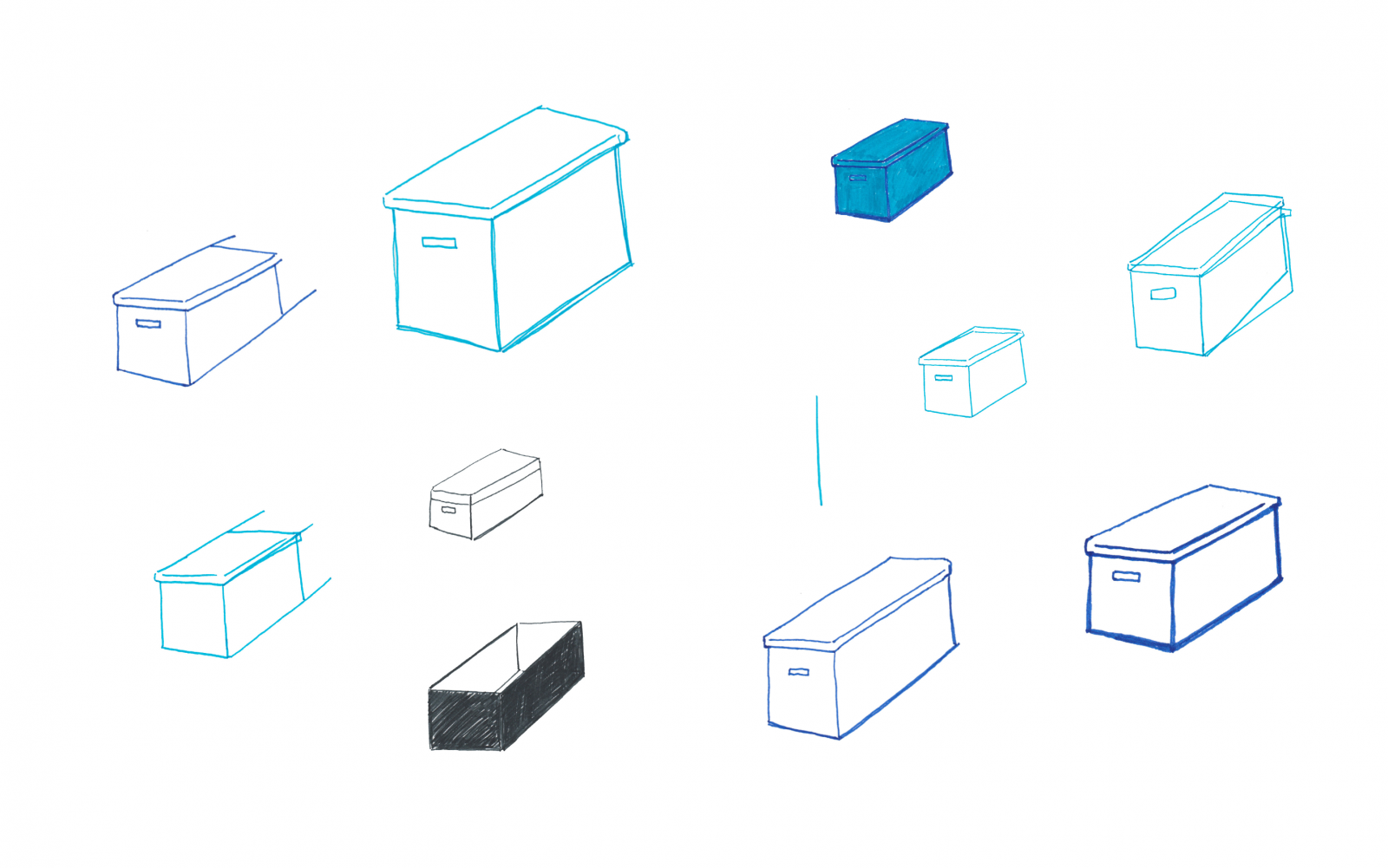 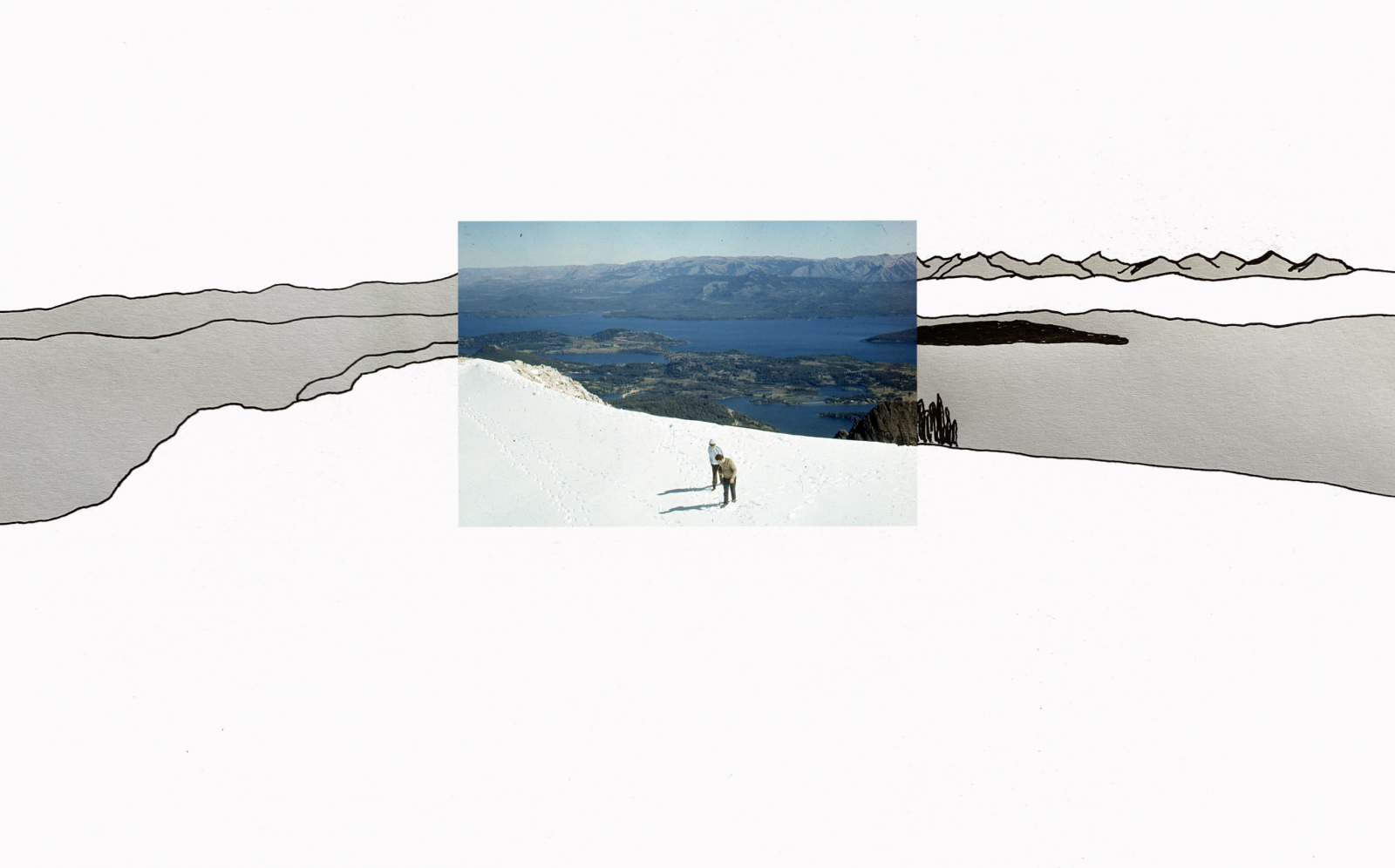 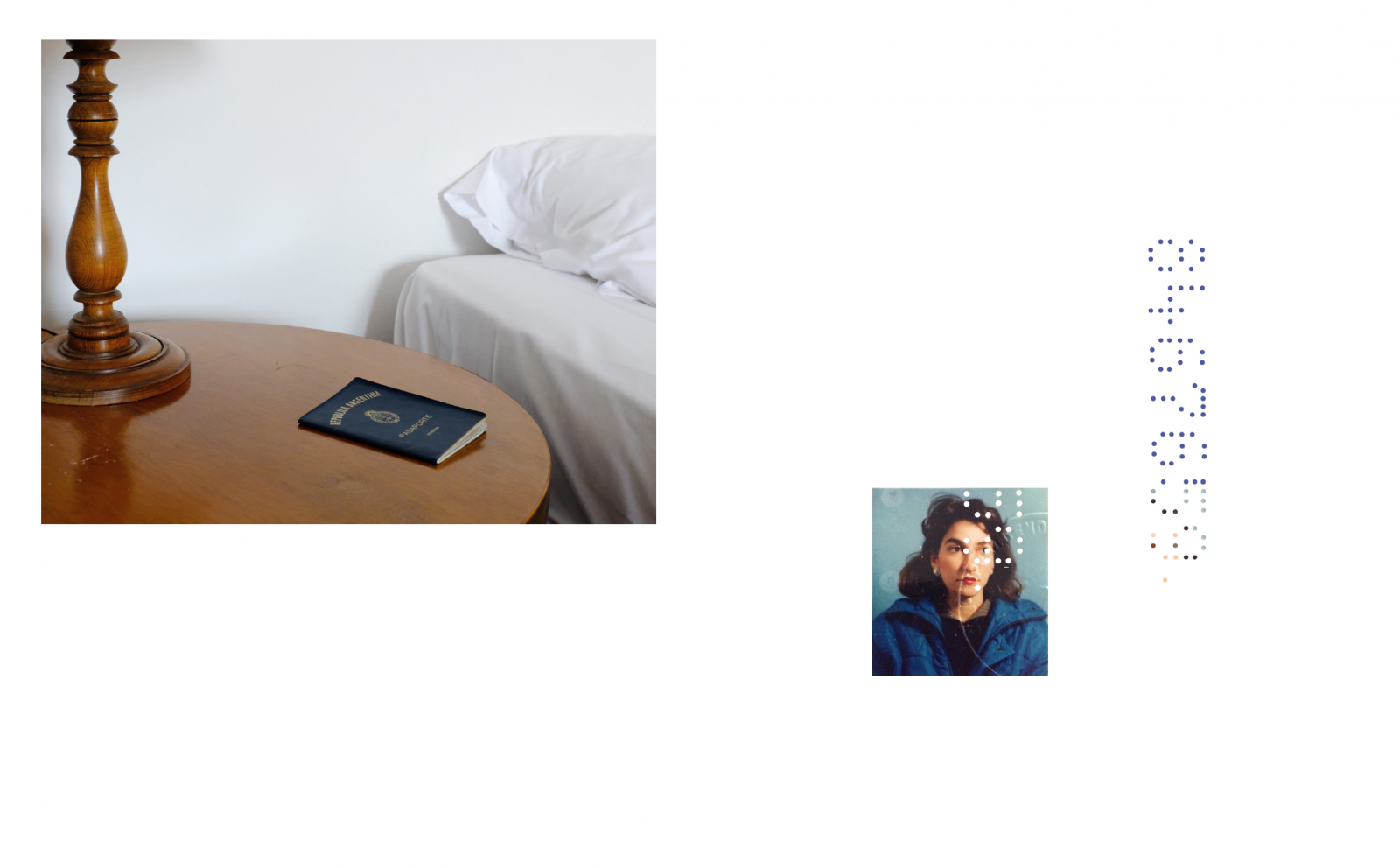 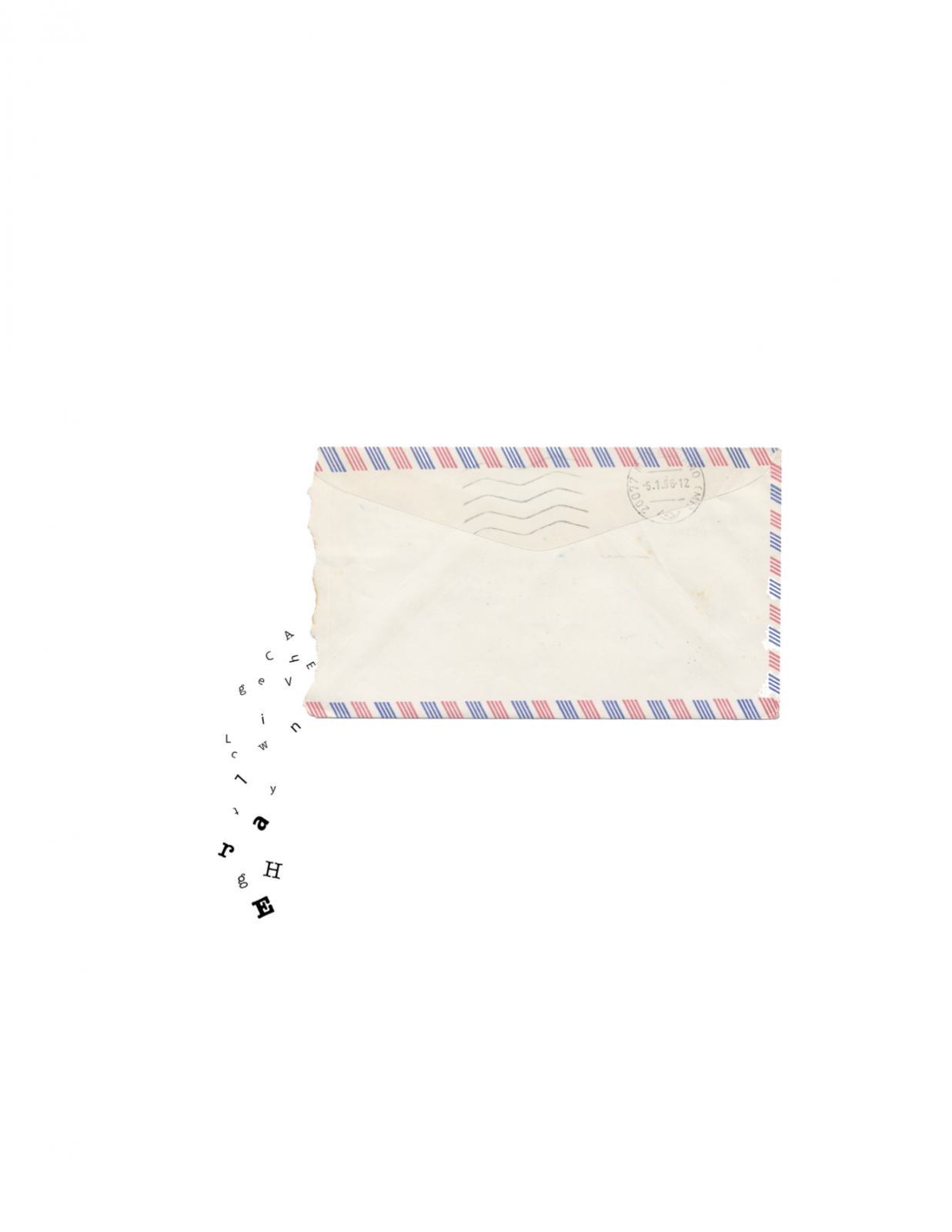 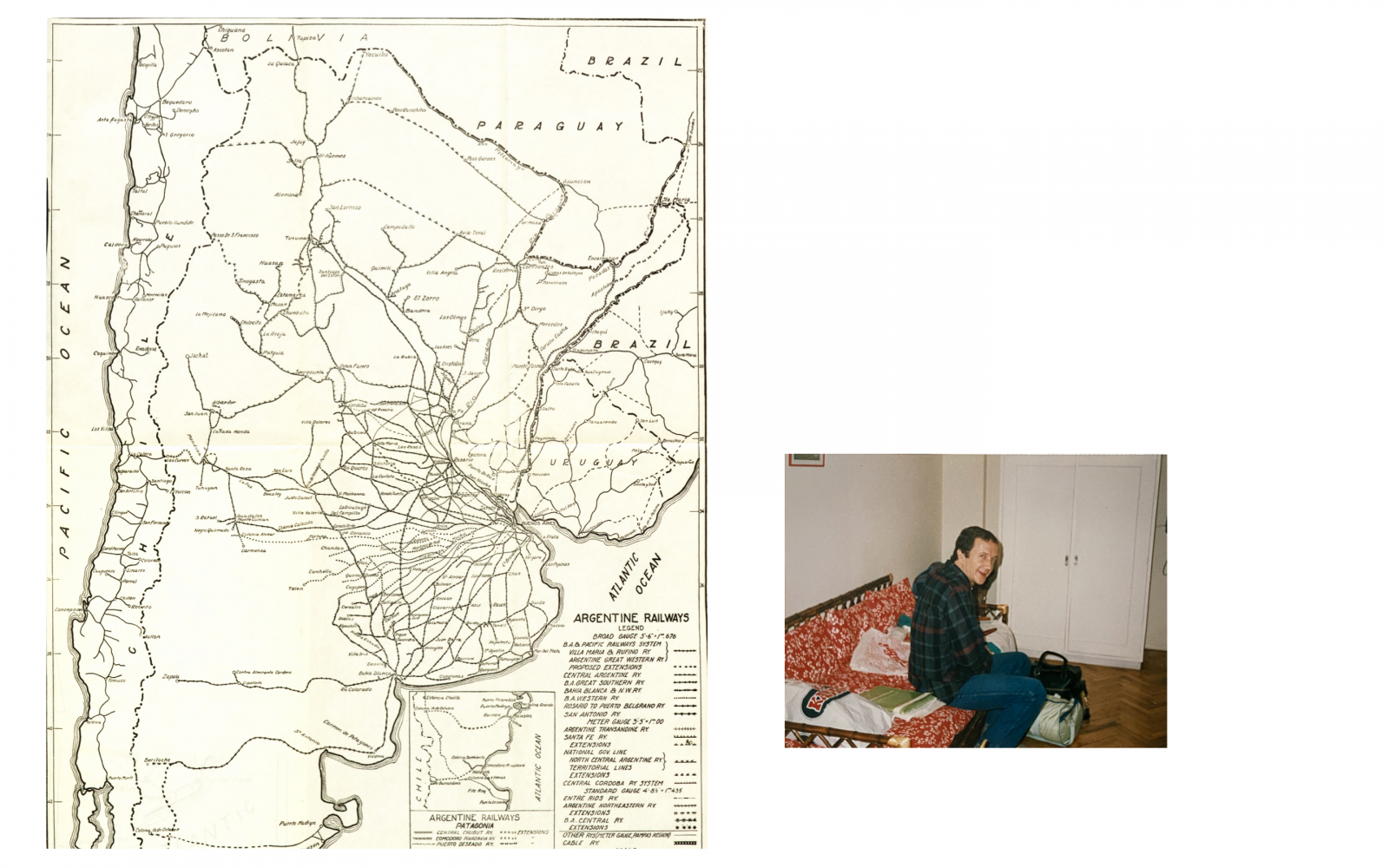 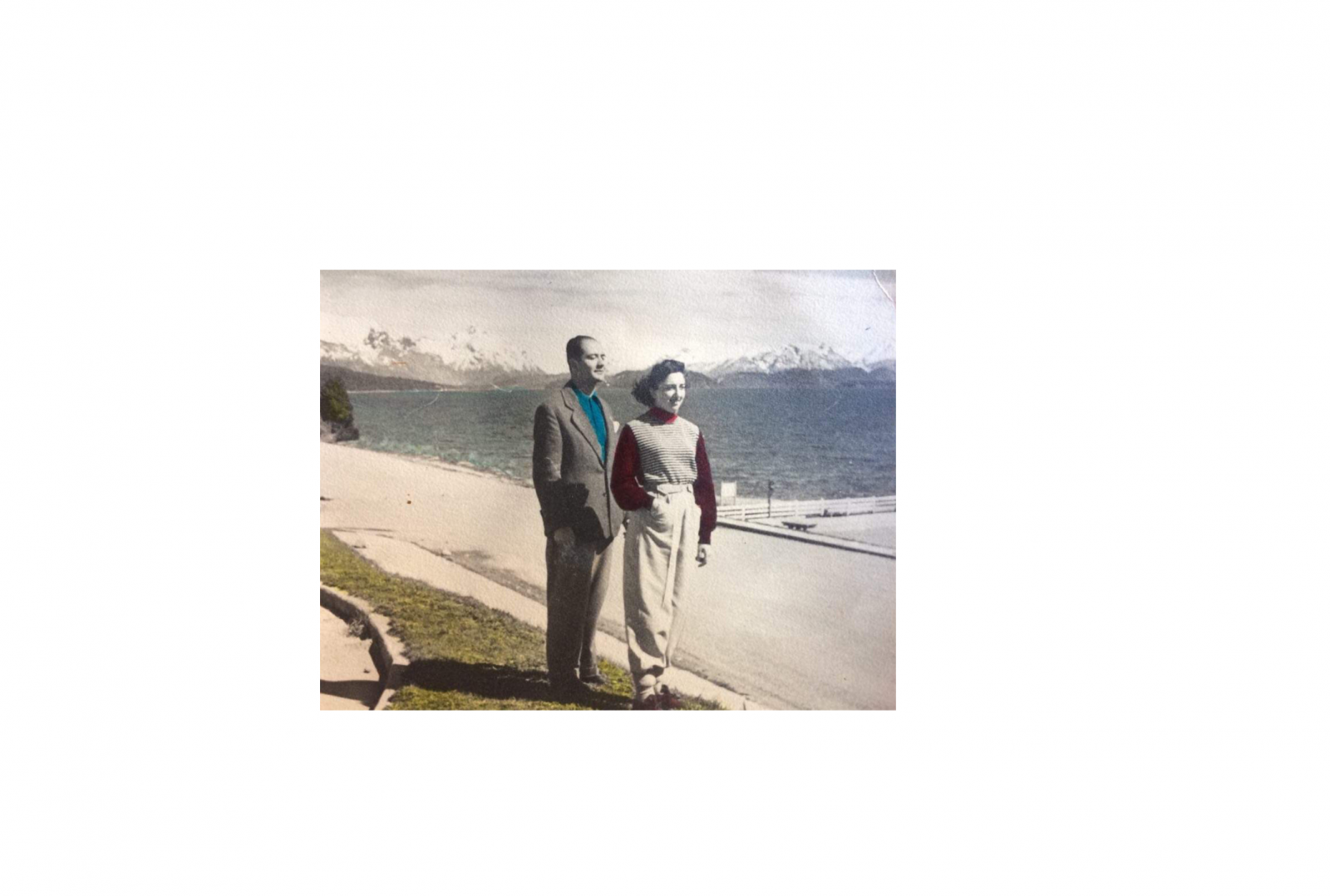 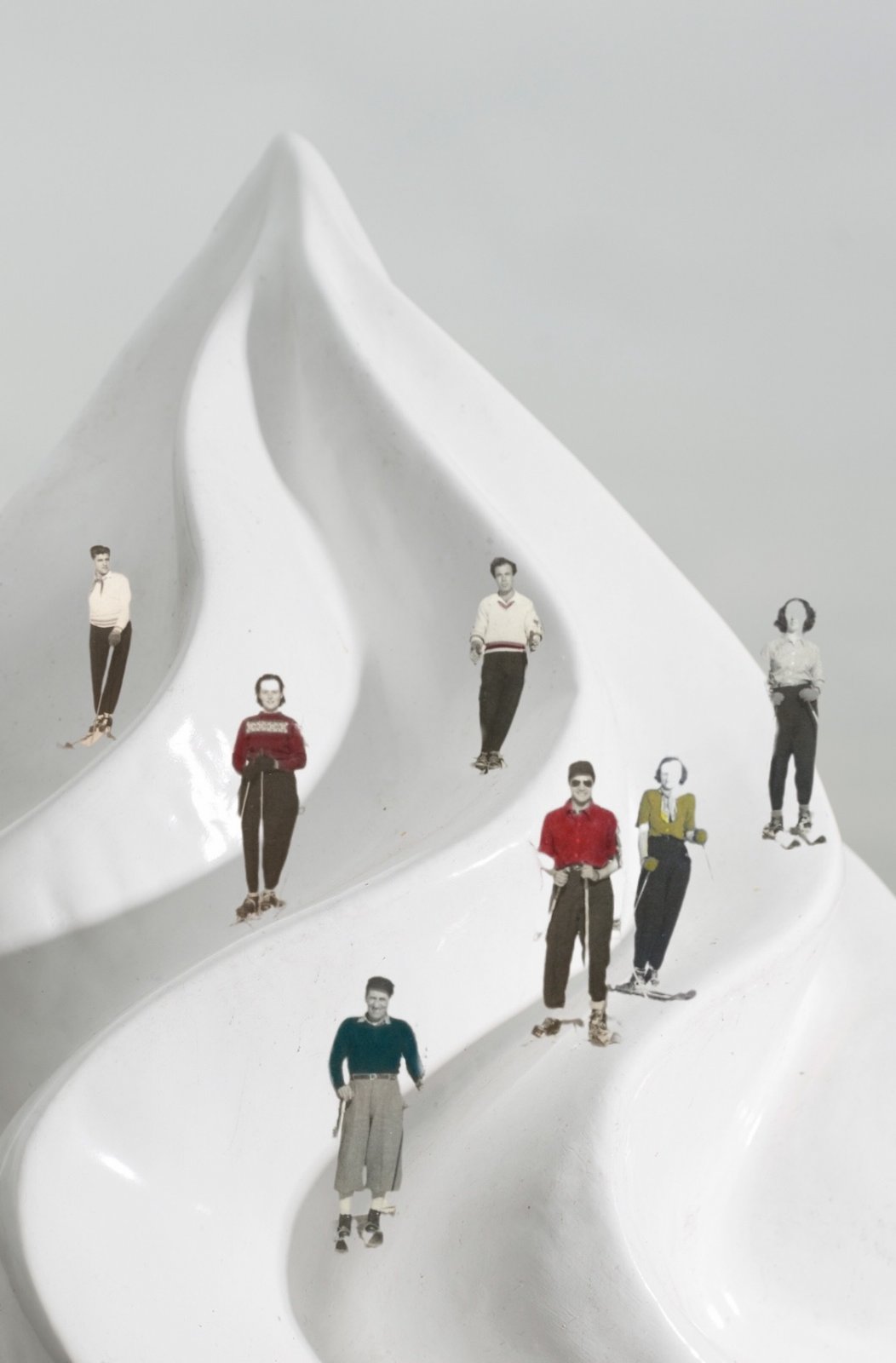 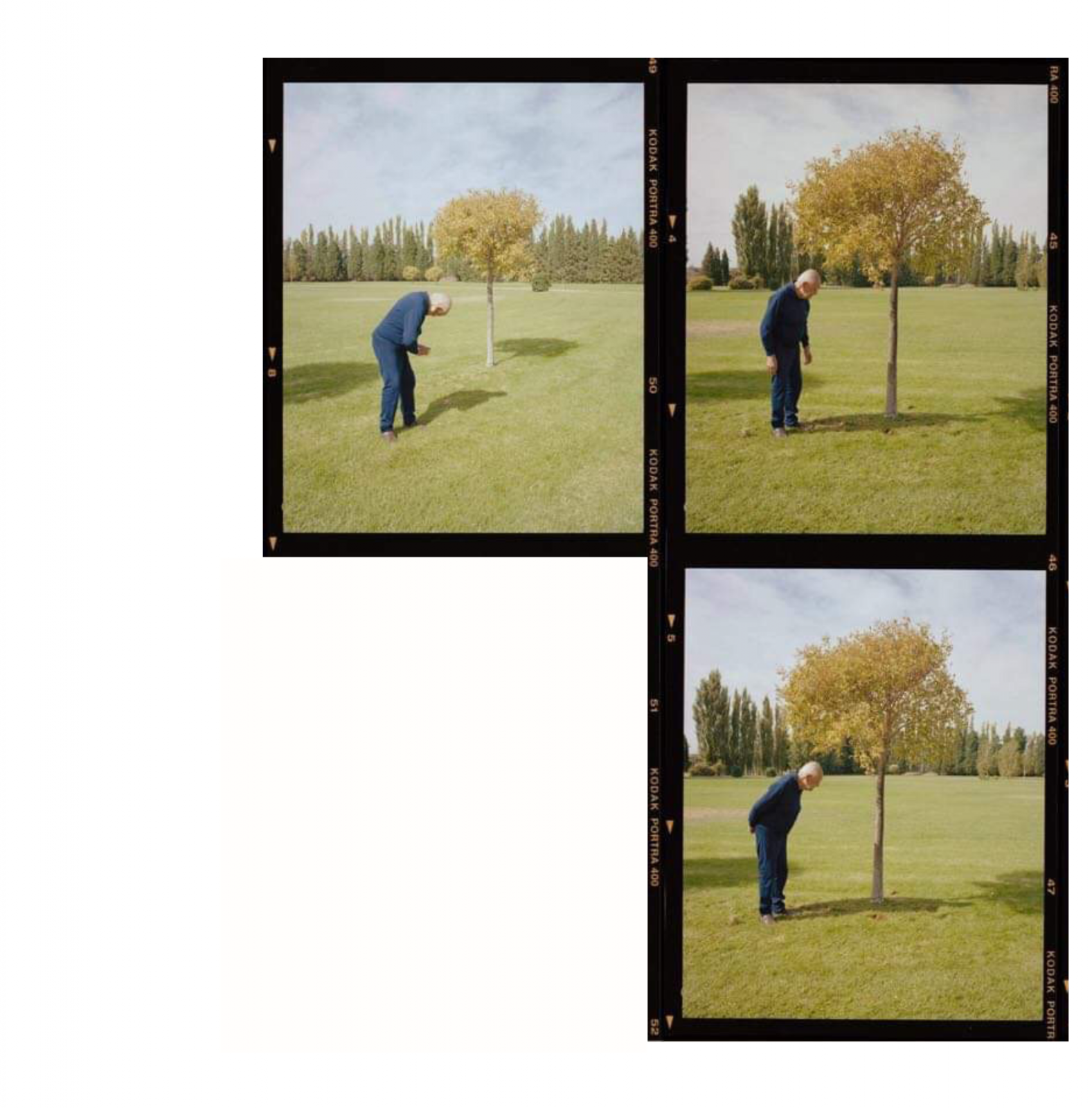 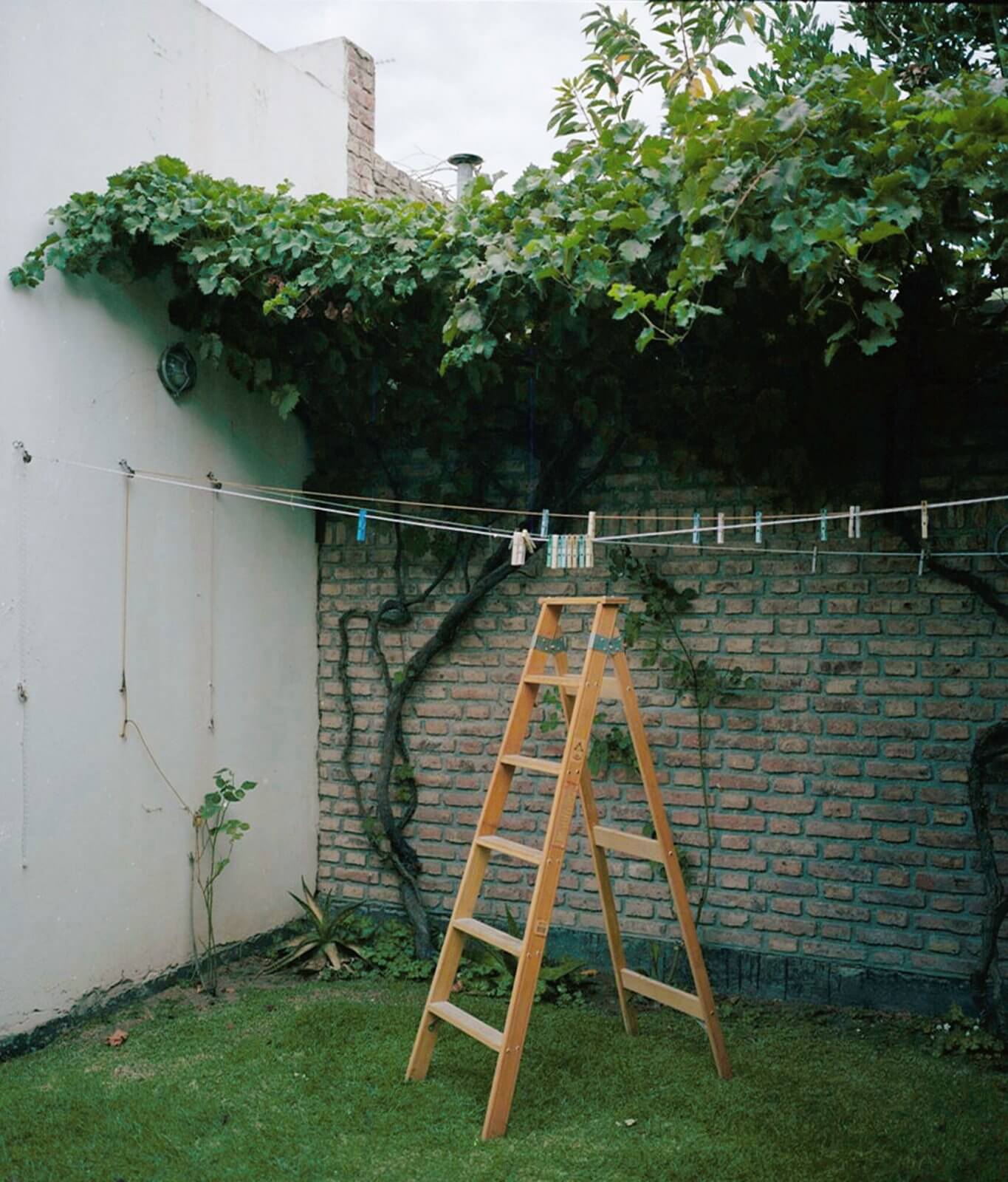 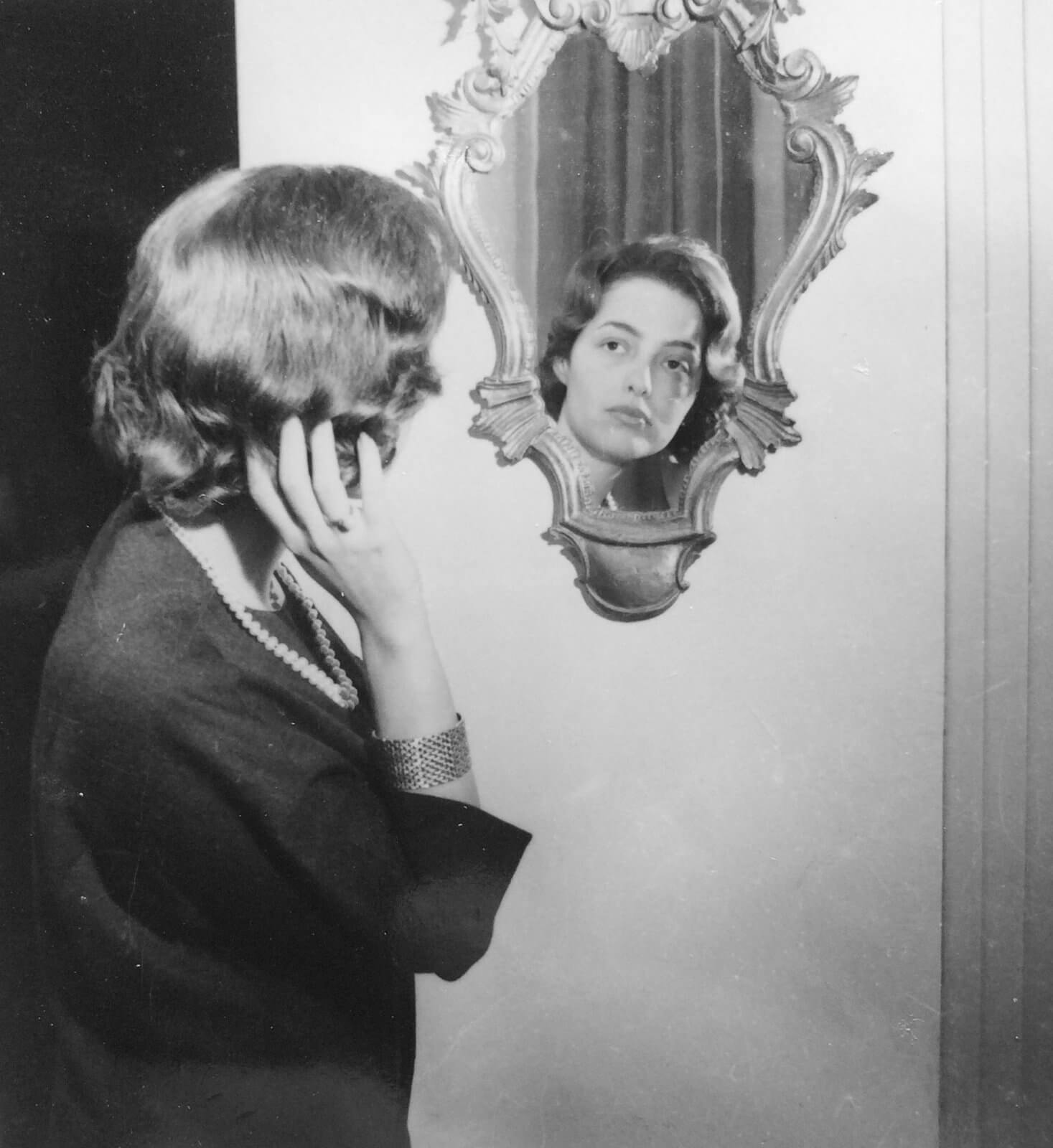 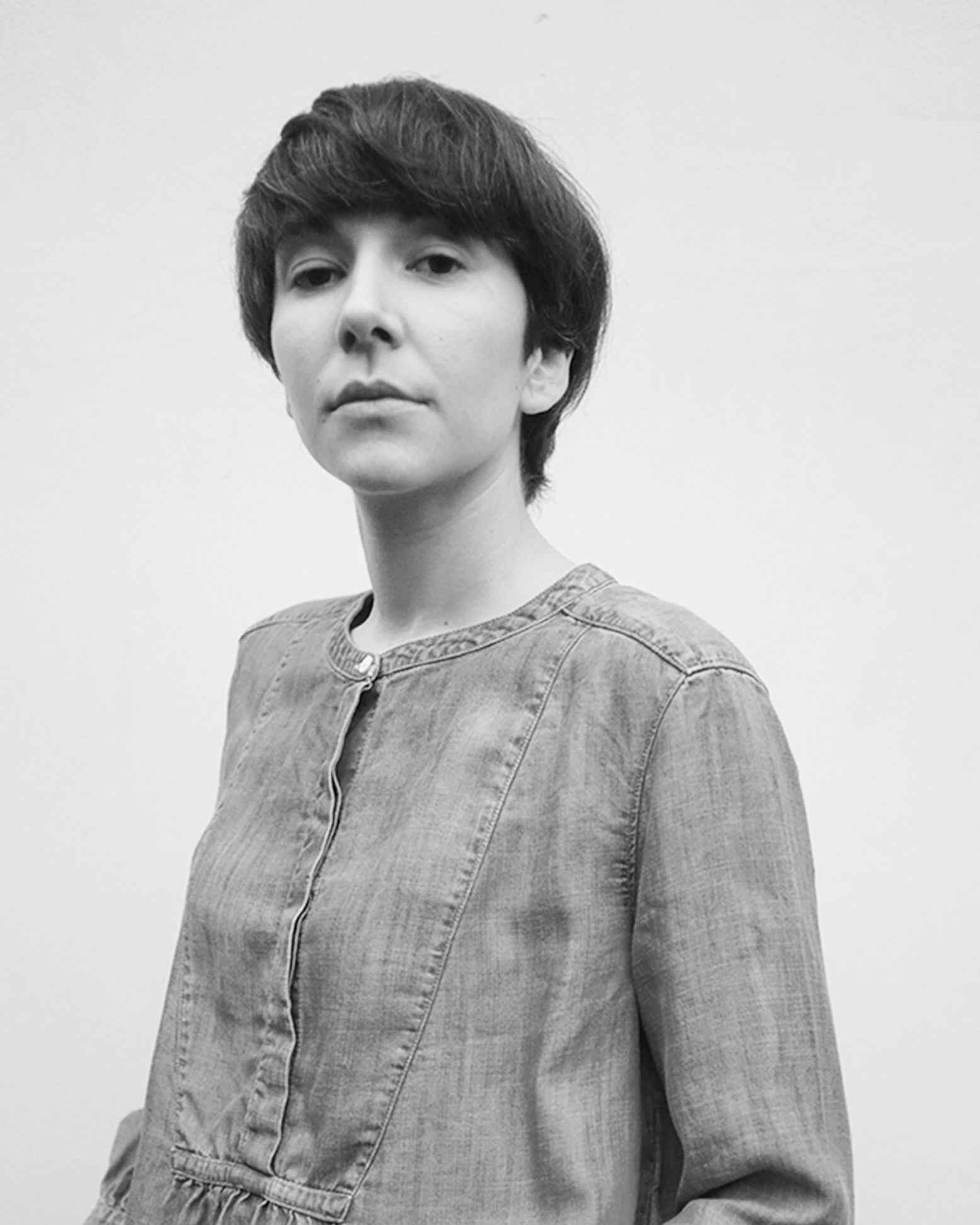 In the early 90’s, my parents decided to leave Buenos Aires, where I was born, to move to Italy. When was possible we used to take long journeys back across the ocean for holidays, but at that time, distances and absences were mainly dealt with via postal letters. Envelopes were packed with glitter postcards, handwritten stories from everyday life, printed photographs, drawings and newspaper clippings. Even before reading and writing, I learnt to relate to my family sphere and deal with my intimate emotions through reading photographs. Looking at printed pictures, for me, meant to meet, identify and recognise places and family members. Framed encounters were surely not enough to replace the feeling of absence, distance and longing, but those photographs were magical for me and were all that could speak to me about familiarity. This is where my practice come from and why today I am a photographer. I mainly make use of my camera to get familiar of what is surround me but it’s fundamental and at the base of my visual process the making part which allows me to achieve further final results by building and working on different layers. The use of darkroom and supplementary practices like drawings, collage interventions using different papers, textures, objects and archival material provide ways to complete the photography frame when necessary, letting my imagination run free alongside my inner point of view. My work reflects issues of borders, identities, intimacies and memories and my urge is to connect people and stories by exploring the folds of space and time in between. I aim to make my work speaks to Latin America and the developed world by leading and bringing both into conversation.

Momentáneamente Para Siempre is a response to the urge to answer some of the questions that came along with me after my father’s death. How does photography function - or not - as a catalyst for remembrances? How can the medium of photography challenge and represent the tangibility of memories?

The work aims to reflects on the role played by family photographs especially when they appear to constitute the only access to deal with distance, absence and loss.

It aims to convey how photographs can become a tool to better understand and deal with the meaning of death and what is after for those left behind, by reshaping and negotiating familial remembrances and identities.

The whole project observes the relationship between memories and photographs and focuses on how to put in conversation the role of photography with the essence, the reliability and the tangibility of personal remembrances; both as a tangible translation of individuals’ mind projections as well as, on the contrary, as a framed limitation in depicting the entire substance of remembrances.

Momentaneamente Para Siempre is the result of my research studies in relation to inner reflections on the meaning of photographs as transitional objects of memory which assert themselves as immutable substitutes for loved ones who are far or gone and as representations of eternity and immortality.

Prologue Argentina, 1983. One very early morning the red pocket radio of my grandfather William was crackling from the kitchen table about new possibilities for governmental political negotiations. Thousands of people took to the streets to celebrate that historical moment. After years of dramatic social repression the return of democracy was announced. At the age of twenty-six, my father was ready to vote for the first time in his life. It was the fall of the military dictatorship. Despite this, Argentina was totally damaged and unprepared to approach and solve its drastic economic and social issues which had been generating new problematic consequences and continued to mark the country for decades. Economic inflation was skyrocketing and there was no guarantee that anyone could withdraw money from personal bank accounts overnight. At the same time the strong individual and collective instabilities increased social insecurity and expanded criminality. Even with a good job and a good apartment, every day it was an uncertainty just to return home each evening. I was born in Buenos Aires and at the age of two, in the early 90’s, my parents decided to leave Argentina to move to Italy. They wanted to live peacefully and wished for a better environment in which to settle our future. Everything worked out and they succeeded to settle down in Milan. With the passing of time I grew up accustomed to living at a distance from my closest relatives who were still based partly in Argentina and partly in Brazil. At that time, distances and absences were dealt with by sending postal letters and everything that could be folded and fit into envelopes was done so to their fullest. I remember my parents checking the mailbox daily and that specific feeling of waiting to hear back or the feeling of surprise when we received family news which had travelled so far to be delivered to us. Even before learning to read and write I was learning to relate to my family sphere and deal with my intimate emotions through the reading of photographs. Looking at printed pictures, for me, meant to meet, identify and recognise family members. Framed encounters were surely not enough to replace the feeling of absence, distance and longing, but those photographs were magical for me and were all that could speak to me about family. This is from where this work originated and why today I am a photographer.

Summary Thesis The thesis and the annexed visual work aim to reflect on the role played by family photographs, especially when they constitute the only access to deal with distance, absence and loss. Building on personal stories, this work challenges how photography can be the appropriate tool to better comprehend and deal with the meaning of death and rebirth by reshaping and negotiating familial remembrances and identities. The research and its subsequent process aim to explore the functioning, the meaning, the boundaries and the tangibility of human remembrances together with the imaginary through visual language. As a photographer, I am particularly interested in observing and reflecting on the relationship between memories and photographs, both as a tangible translation of individuals’ mind projections as well as a framed limitation in depicting the entire substance of remembrances. In order to develop my theoretical and visual documentation, the work will frame personal family anecdotes based on long-distance family relationships and the departure of the family members. By considering and unfolding the components of familiarity, love, imagination, remoteness, absence and loss, I aim to talk about how departures can also generate new beginnings as chances to reshape, relay and reinstate new boundaries, existences and tangible memories. The thesis will therefore question the meaning and the role of photographs as transitional objects of memory which assert themselves as immutable substitutes for loved ones who are far or gone and as representations of eternity and immortality. The first chapter will begin by revealing a specific confidential failure on the day of my father’s death, in which I was unable to find a suitable photograph to publicly represent his entire existence at his wake. This particular case study will be appropriate here to frame the spatial-temporal conflict between the time suspended in a photograph and the time I experienced in person. In this first section my reflections will build on remarks made by French philosopher Roland Barthes in his book Camera Lucida, after which I will step out from the personal anecdote to welcome a wider debate about private and public mourning in relation to photographs. The text will therefore invite the development of two voices, the daughter voice and the photographer voice, instinctively becoming the writing style of this paper. The second chapter will suggest a possible solution for the first chapter by introducing the box of memories as a starting point and a key element for my artistic research. The concept of the box will primarily define the work area but mainly it will be essential as a space where to argue and center the tangibility of the archival material in relation to the substance of remembrances. The third chapter will design, unfold and unveil the process of making by looking closely at the search, the selection and the deconstruction of loss through the healing of the self. The arguments will be accompanied by introducing the process of ‘therapeutic photography’ developed and experienced by the British photographer Jo Spence. The fourth and final chapter will lead the arguments out of the box as extensive reflections on how to break the limitations of the photographic frame by welcoming broader visual scenarios. Through the reappropriation, reinterpretation and intervention between what is depicted in a family photograph and how the imaginary can relate to a more complete essence of memories, this chapter will reveal the subsequent conclusion in the potentiality of the possible tangibility and visualization of new shapes of memories.