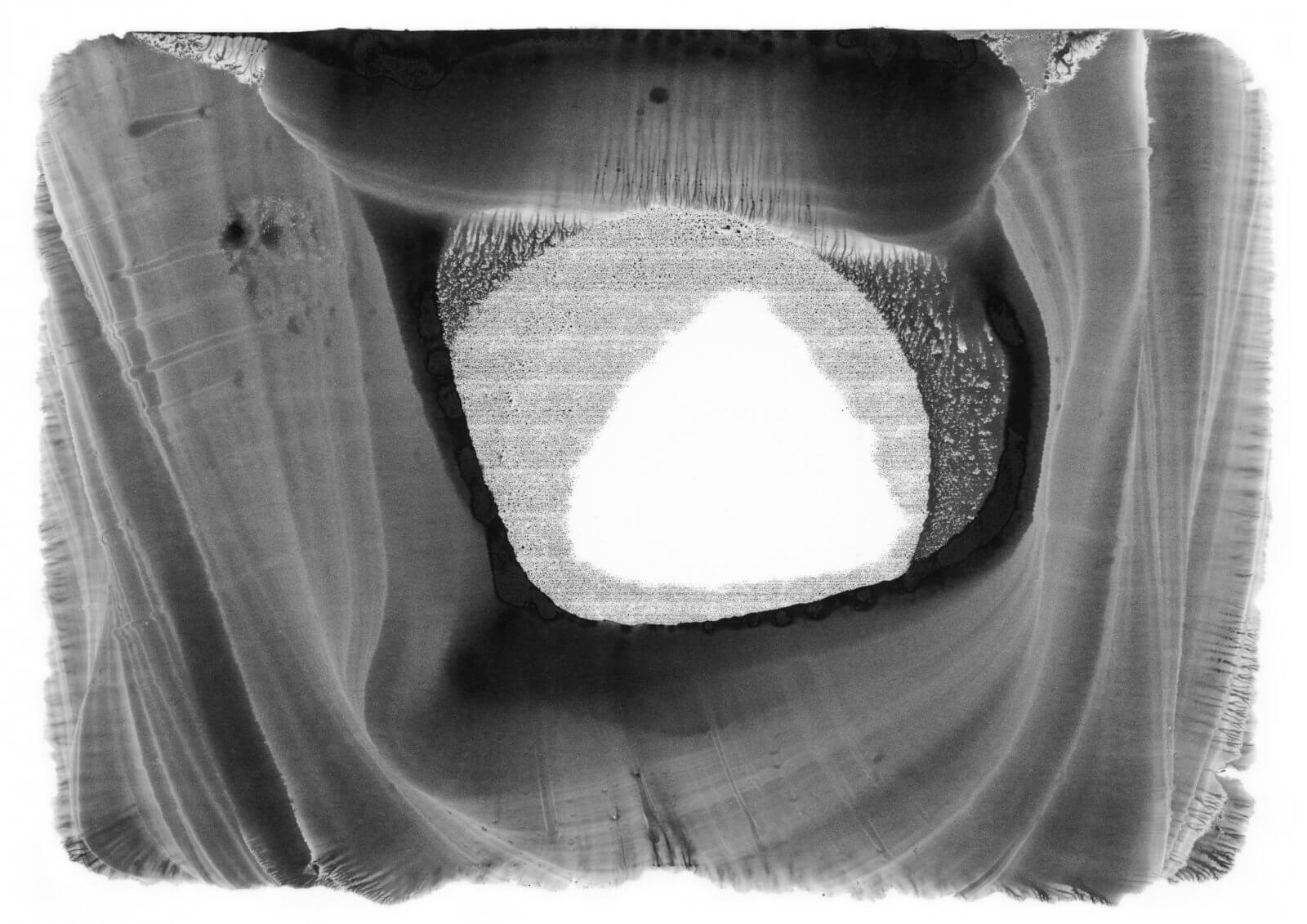 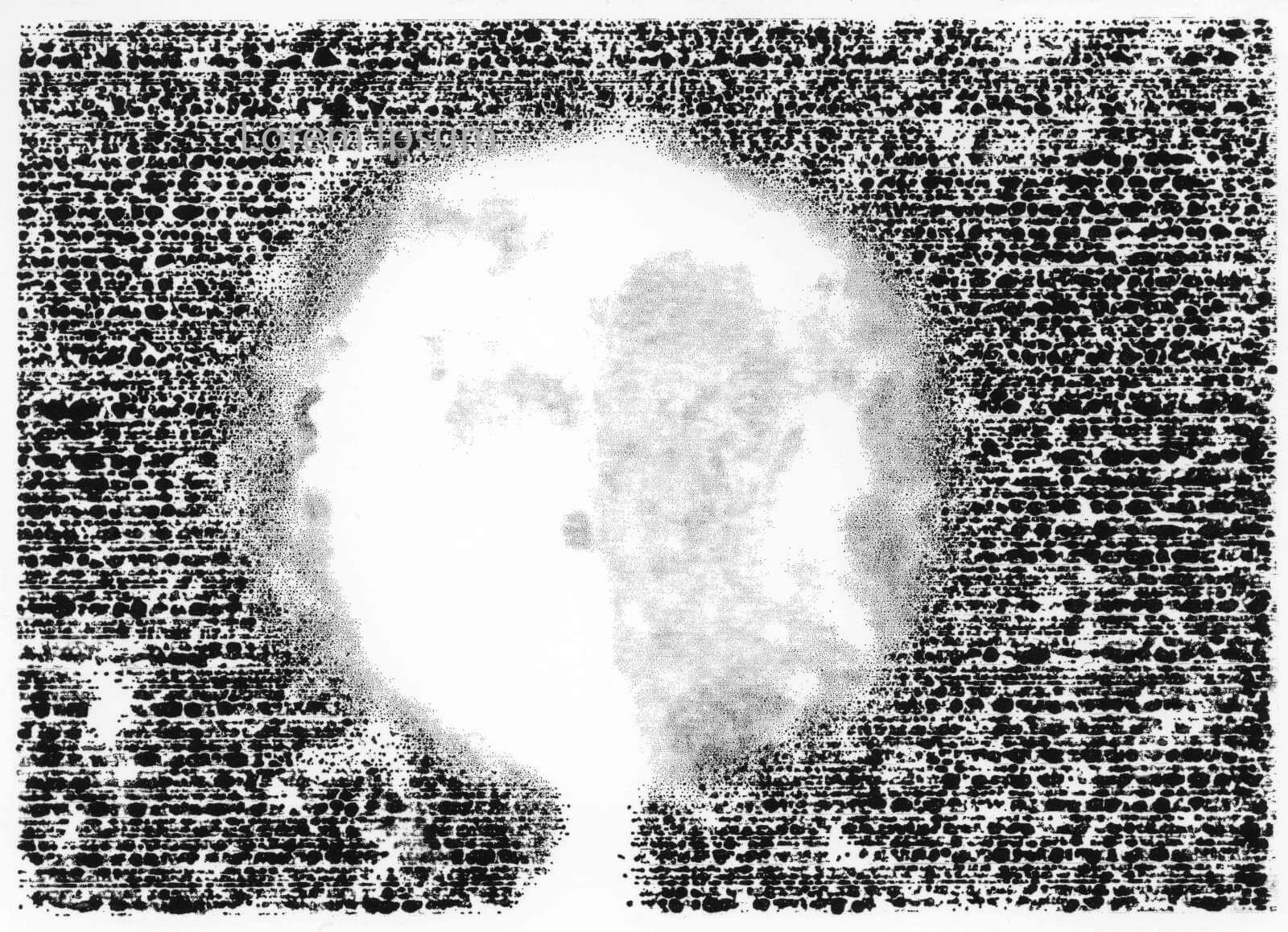 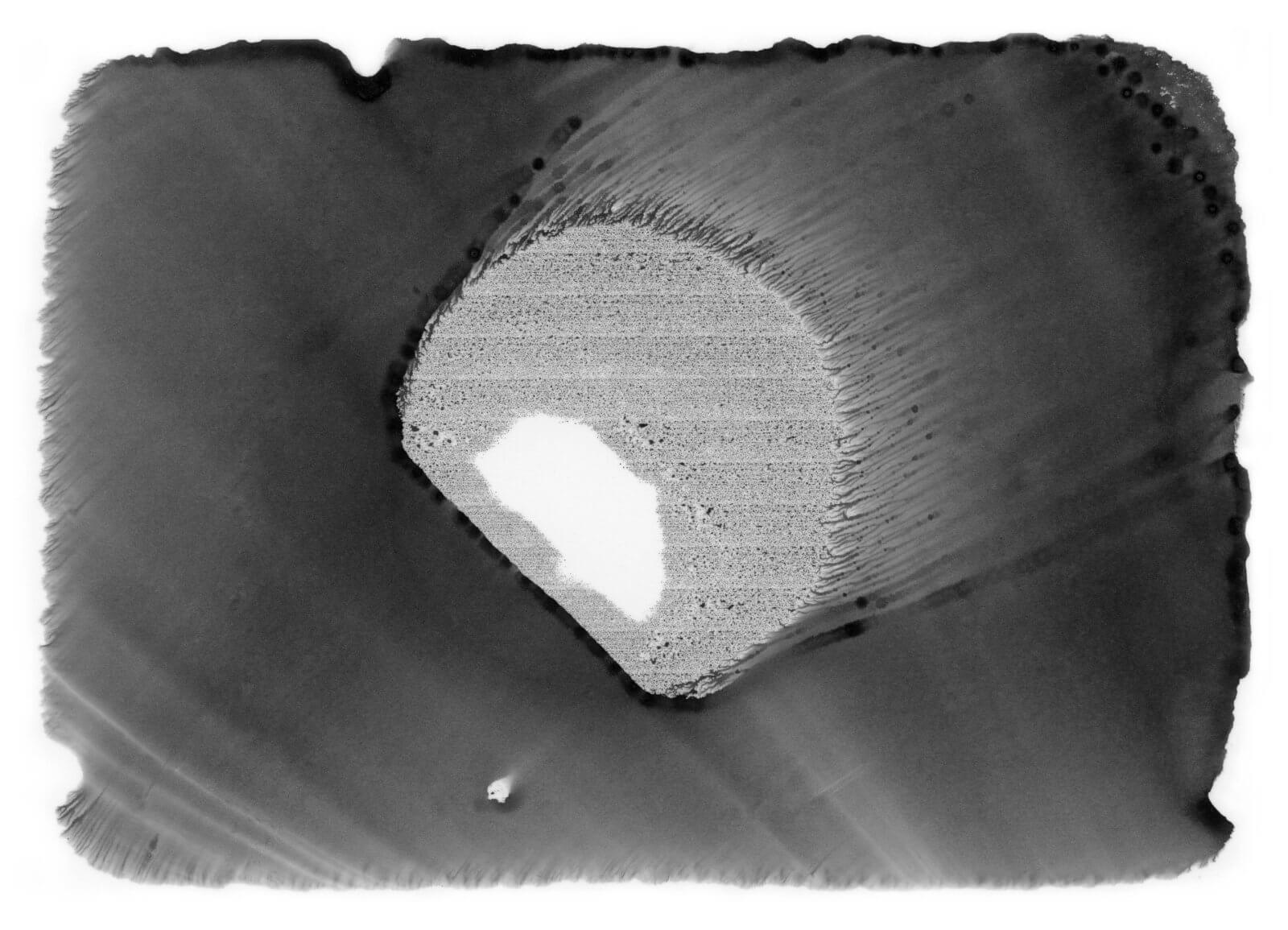 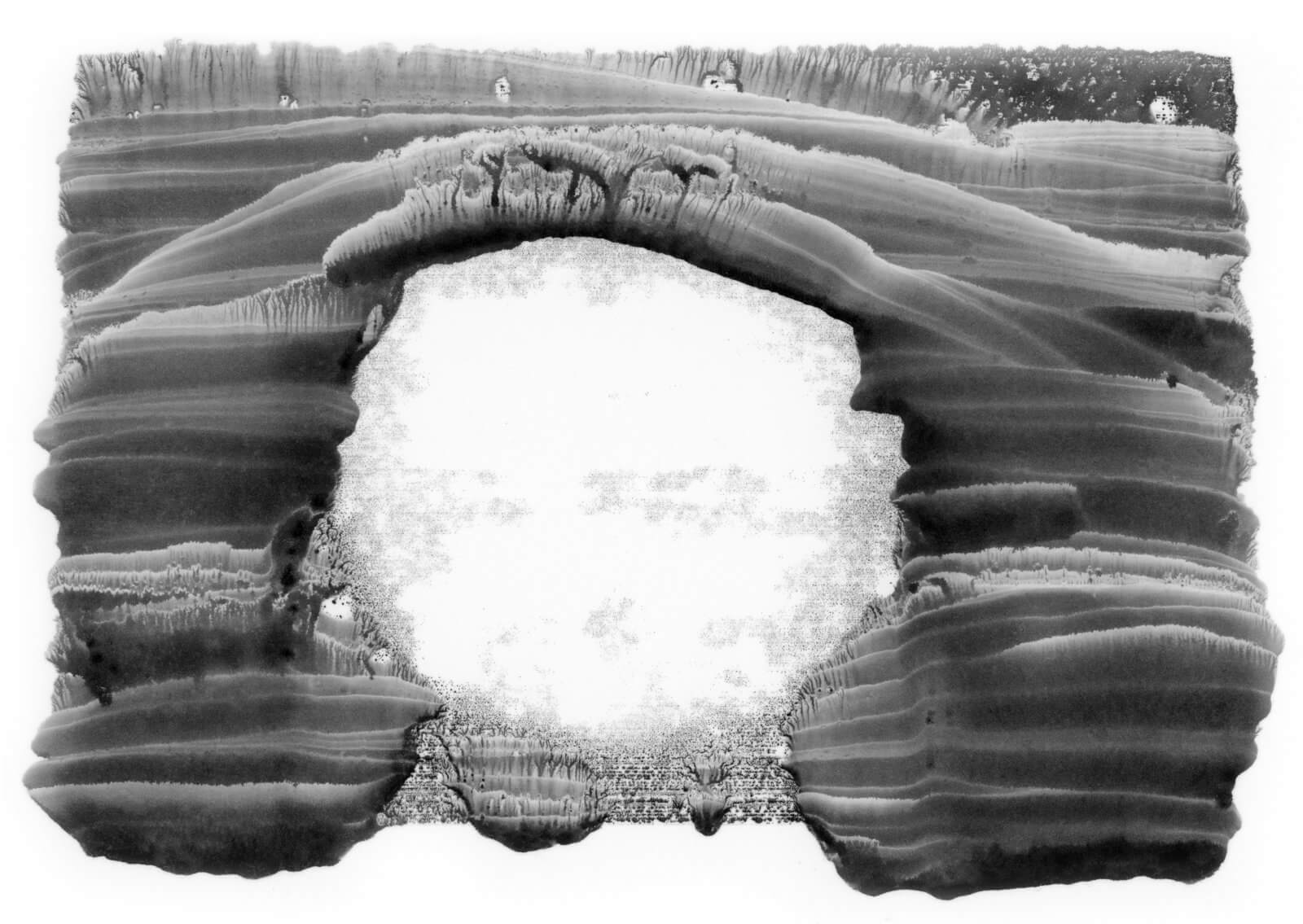 We humans can look at the same object but perceive this object in a unique way. A great example if this is the phenomenon of undefined flying objects. An object without identification or meaning, but still we tend identify and recognize familiarity in them. When we perceive the world around us, we do not passively detect information and then react to it. We construct the perception of the world as the architects of our own experience.

‘Sights of truthfulness’ is a series of monoprints which originate from the same image. I used the source material of an undefined flying object whereof I made several imprints. Due to the fluidity of the ink, each monoprint results in a unique translation of the same image. Within this series, I try to emphasize the subjectiveness of perception. It is a visual study into the stretchability of meaning and exposes the beauty of the individual’s perception.

Thesis
Greeting to our friends in the star; The Golden Record, a tribute to human consciousness, curiosity, believe and communication

In 1977 both spacecrafts, Voyager 1 and 2, were launched into space to explore places where no earthly machines had ever been before. On board of those spacecrafts where two golden records. Golden objects that consist of carefully collected imagery, sound and music that represents life on earth. A message to possible extraterrestrial life. The Golden Record, the first human made object that past our solar system.

Having the urge to reach for the origin behind the Golden Record I became fascinated about the human capability of inventing, creating and eventually sending the record into space. Which human qualities where of need? Within this thesis I discuss the four characteristics that were in my opinion the real founders of the Golden Record: ’Consciousness’, ‘Curiosity’, ‘Believe’ and ‘Communication’. These characteristics are for me the ‘invisible forces’ that created the first human object that passed our solar system.

You will be introduced to the story of the Golden Record and to the people who where responsible for the creation of it. Our most famous dutch Astronaut, André Kuijpers, will give an inside on his fascination for the record. According to him this object has been part of our next step into evolution. I will discuss how consciousness made it possible to reflect upon ourselves. How imagery helped with this by allowing our consciousness to reach beyond the knowledge that is perceived by oneself. Furthermore I talk on how human curiosity isn’t only seeking for information out of necessity to survive. But a search for information without relevance as well and the importance of this. That believe has empowered our position on earth. And how believing in fictions made us aware of the possible existence of extraterrestrial life. Eventually I turn to our ways of communicating through image and sound. What is the meaning of them when they have left their environment of significance behind?

This thesis creates an understanding on how these characteristics took place in a story that made history: The story of the Golden Record.